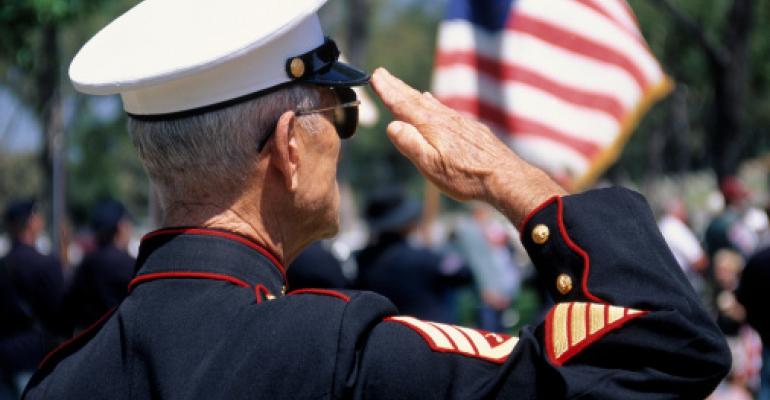 When Lee Kirby returned home in 2010 from a tour in Iraq, the unemployment rate for 25 to 35-year-old veterans returning to the US after a single tour of duty overseas was 25 percent.

“I wanted to do something to try to address that,” he said.

“I’ve been in the data center industry for 30 years, so I know that industry, and I knew we’ve got a lot of labor intensive type jobs — entry level jobs — that people go to a variety of sources for. It’s not always reliable labor. I thought the combination of both the shortage in our industry and the need for jobs for veterans in general would create an opportunity. It seems like it has.”

To take advantage of this opportunity, in 2013 Kirby and Jason Okroy co-founded Salute Mission Critical, or simply Salute, Inc., that hires and trains veterans for good data center jobs. Kirby, who is president of Uptime Institute in Seattle, takes no salary from Salute, but serves as chairman and evangelist. Okroy works for the organization full time, and runs it from its headquarters in Charlotte, North Carolina. They also have an office in Chicago.

The veterans that Salute helps are not service people trained by the military for highly technical positions — Kirby refers to them as “navy nukes,” a term associated with technicians on nuclear submarines who maintain the power plants — but the troops on the ground whose main job in the military was to put themselves in harm’s way for the protection of others.

“A lot of data centers proudly say they hire veterans and they do and should be proud of it,” he explained. “But those are navy nukes and not the demographic that Salute Mission Critical serves. Navy nukes come to the industry with skills that can be immediately adapted to the mission critical space. Other veterans that served in less technical roles do not and that is who we target.”

The organization’s business model is similar to that of temporary staffing companies, such as Kelly Services, with client companies paying it for services, and the veterans being paid by Salute. The company is a for-profit organization, choosing early on to forego nonprofit status because it would limit the ways it could compete for contracts.

In their first year they hired 50 veterans, a number that’s doubled every year since, and finding unemployed veterans seeking work hasn’t been much of a problem.

“We start out by tapping into the state unemployment offices because they identify all veterans,” Kirby said, “so in any state we are doing a bid, we know all the unemployed veterans there that we can hire from, and we focus on them.”

The entry job for most of the people Salute puts to work is data center cleaning, which because of racks of sensitive equipment connected by cables, is more complex than most janitorial tasks and requires special training. Although many cleaning contracts begin as one-time projects, they often turn into longer term maintenance contracts. In those cases, veterans are hired locally and are trained by an initial traveling crew who are put-up in modest motels, two to a room.

“We just did a job in Oregon,” he said, “a really large data center cleaning project. We brought in a little more than half the team, our traveling team, and we hired the guys local to be the newbies. We go through a training process with them and they shadowed our guys to get the experience in the training project there. They then can be left behind for the ongoing maintenance cleans and such. So we get them through the training, kind of classroom type hands on training, and then we get them into the data center with a mentor and they learn very quickly.”

In addition to cleaning services, Salute fills the ongoing staffing needs for some of its clients, which offers opportunities for vets to get a higher level of training.

“Some of the larger data centers have smart hands people on site all the time. Some of the smaller colos will have a combination role where they’re the chief cook and bottle washer on site — everything short of engineering. So they’ll open up tickets when the engineer is needed on site, they’ll do the ‘move, add, change’ activity, they’ll let people in the door and they’ll follow the procedures.

“That’s what we’ve found as kind of a sweet spot — someone you can trust to be on site to watch your site, do the coordination and non-engineering tasks, and call out engineers as they’re needed. Its a big cost savings for the clients as well.”

Clients seem to be happy with the quality of the work. Some, such as Compass Datacenters, signed on with the company as it was just getting started and continue to utilize Salute’s services. Another long time client, EdgeConneX, has contracted them to help with its ambitious expansion into Europe.

Richard Werner, EdgeConneX’s director of operations, agrees with that last assessment, telling Data Center Knowledge, “Salute Mission Critical brings to the table a disciplined, reliable and flexible organization adapting to a very aggressive EdgeConneX business model domestically in the US as well as Europe. Deployments are accurate and swift, allowing us to ‘turn on a dime.'”

Working with veterans isn’t without challenges, however. Many are returning from conflicts abroad with emotional scars, such as PTSD, that are a natural result of being exposed to war. For that, Salute partners with the VA to get them the help they need. Homelessness is also an issue.

“Twelve to 13 percent of the veterans we hire are homeless,” Kirby said. “We don’t always know they’re homeless when we hire them. We work with the homeless programs in various cities, too, to know which veterans are looking for jobs that are in their homeless programs.”

Kirby points out that although a lot of companies are very public in their desire to give jobs to homeless veterans, they’re often not prepared to cope with the many special needs the homeless bring to the table.

“Most homeless veterans need to be paid every day in cash until they can get on their feet, get their bills paid and start getting lights turned back on and things like that,” he explained. “We set up our system from the beginning to accommodate that type of model. They [clients] can work with us and we can bring the homeless veterans in, get them on their feet and work with them with their special needs, because we’ve got a variety of programs through the VA that get them help if they need it — but also get them into the job and get them some income.”

The income from Salute offers a living wage even to the lowest paid employee. The minimum starting pay is $15 an hour, and salaries of $60,000 a year and more are possible after they gain skills and experience.

“We have more advanced training that we can put them through, and there are a lot of courses that are out there that are available online for free that are great. They go through and get those certificates and they start deciding what they like — are they going to go the facilities route or the IT route, for example — and we get them through it and get them the experience in those jobs so they can go in and start doing it.”

Merely adjusting to civilian life is also a big problem for many returning veterans — especially those who liked the comradery and discipline of life in the military. The solution to that is built-in to the Salute organization, which has a DNA that’s very much like the military.

“We had a team out in Oregon for two weeks, and one of the guys we had hired locally — we didn’t know it at the time — was homeless. It turns out, he was living in his car with his pregnant wife, son and daughter. The team brought him in. They double bunked in the other rooms so he and his family had a place to stay for two weeks while he got on his feet, got through the project and got enough money to get into a modest apartment. They did that without us even knowing about it — we found out afterwards.

“It just brings a tear to my eye thinking about that brotherhood of never leaving a comrade behind and making sure that they took care of somebody on the team that they had never met before, just because he needed help and was a brother veteran.”