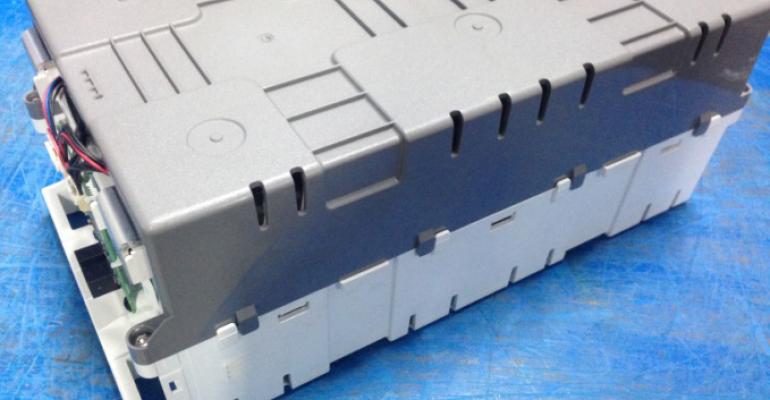 Lithium-Ion batteries, widely used in consumer electronics, including smartphones, and electric cars, have just started being adopted for energy storage in data center backup systems. While vendors that sell this equipment claim that its total cost of ownership in the long run is lower than the traditional lead-acid-based energy storage, the upfront cost is high enough to prevent the technology from taking off in the data center market today.

That’s not going to be the case in a few years, according to a new report by the research firm Bloomberg New Energy Finance, which says lithium-ion batteries will command a quickly growing portion of the data center UPS market in North America and Europe.

BNEF expects overall demand for battery backup in data centers in two regions to go from 3.5 gigawatt-hours in 2016 to 14 gigawatt-hours in 2025. During the same period, lithium-ion’s share of the market will rise from 1 percent to 35 percent, the analysts predict. According to Schneider Electric, which sells data center UPS systems of both types, lithium-ion’s key advantages over the incumbent technology include:

The major drawbacks of lithium-ion, again according to Schneider, are:

Simon Zhang, a marketing manager at Schneider, wrote in a blog post that lithium-ion battery cost will go down as a result of greater and greater adoption, driven primarily by growth in the electric-car industry:

“Li-ion technology will snatch 40% of market share in just 8 years. In a market that’s not exactly known for making rapid technological shifts, that is nothing short of remarkable. While VRLA has much lower upfront cost today, lithium-ion batteries will experience significant cost reductions, driven by sizeable ramp-up in demand in the coming decade, much of which will be for electric vehicles. This cost reduction and increasing familiarity with the use of lithium-ion batteries for back-up in data centers will help ramp up adoption in this timeframe.”