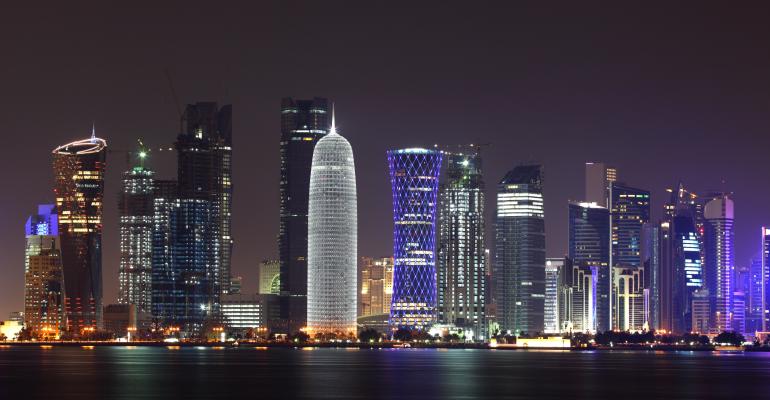 Microsoft has opened the Qatari region for its hyperscale data centers and QatarEnergy is investing $1B in a hydrogen energy plant in the region.

The Middle Eastern country of Qatar is moving closer to its goals of Qatar National Vision 2030 with the announcement of a hyperscaler data center and renewable energy agreements.
The announcement may presage other data center operators opening in Qatar, said Alan Howard, principal analyst for Omdia. “Once the big players plant roots in new countries, it tends to get the attention of other cloud as well as colocation companies,” he said.

On August 31, Microsoft opened a data center in Qatar to provide cloud services such as Microsoft Azure and Microsoft 365. The investment was in response to Qatar’s growing demand for high performance computing and access to Microsoft services, touting major customers such as the Ministry of Communications and Information Technology, the company said in a statement.

Microsoft announced in 2019 that it intended to open a cloud data center in the country in 2021. The company also opened an office in Qatar earlier this year, and hosts data centers in the United Arab Emirates (UAE) as well, according to Omdia.

Interestingly, Microsoft said Qatar would also be the first Azure region with no regional replication pair, instead leveraging availability zones and locally redundant or zone-redundant storage for data protection.

Microsoft claimed it was the first hyperscaler data center in the country. Google said in 2020 it would build one, but the company doesn’t have any updates, said a company spokeswoman in an email message. Amazon hosts data centers in Bahrain and the UAE, based on research conducted by Omdia.

Equinix hosts Middle Eastern data centers in Oman and the UAE, according to Omdia. Digital Realty Trust wouldn’t comment whether it had plans in Qatar or how the Microsoft announcement would influence its plans. Equinix didn’t respond to inquiries.

“Geopolitical risk characteristics keep most companies from building in most countries in the Middle East,” Howard said.

Hydrogen and Solar Agreements in Qatar

On the same day, QatarEnergy – renamed from Qatar Petroleum a year ago -- announced it planned to build a $1 billion plant to make blue ammonia, a fuel that can be converted into hydrogen by countries like Qatar looking to reduce their carbon emissions. Just a week before, the state-owned company had announced contracts to build two solar plants to generate 875 MW of electricity.

These announcements are significant because the desert country has thus far depended on fossil fuels to generate electricity.

Microsoft didn’t say whether its announcement was related to the QatarEnergy announcement, but the company announced more than a year ago its intention to power all its offices and data centers around the world with carbon-free energy 100% of the time by 2030.

What's Next for Data Center Development in Qatar

This all fits into the goals of Qatar Vision 2030, an economic plan announced in 2008 to diversify its economy from oil and gas and promote sustainable development. Located on the Persian Gulf peninsula, Qatar is said to be second flattest country in the world and believes itself among the top 10 countries to be affected by sea level rise.