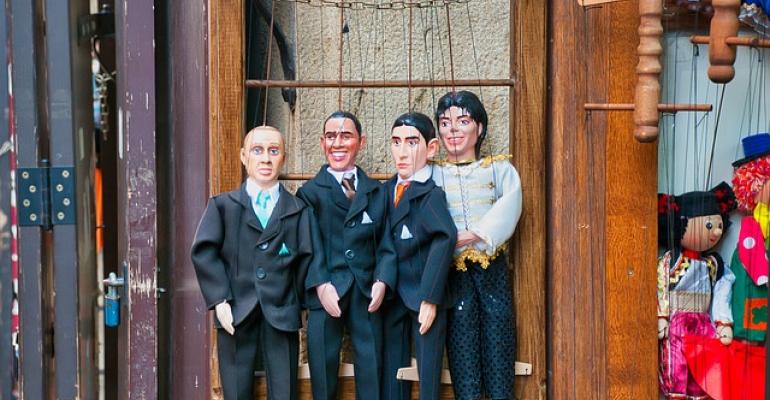 Puppet's Cisco-Led $42M Round Going to Cloud and Containers

Open source automation developer Puppet has raised $42 million in Series F funding • Funding was led by Cisco and included EDBI, Kleiner Perkins, True Ventures, and VMware • The money will be spent to expand cloud and container portfolio " through organic growth or acquisition"

Puppet, the open source DevOps automation and tool developer, announced this week a $42 million Series F funding round led by Cisco Investments and including EDBI, Kleiner Perkins, True Ventures, and VMware. The round brings the startup's total funding to $130 million. All but EDBI have previously invested in the company.

Although no valuation has been disclosed -- the last known figure, $652 million, was released in 2014 after a $40 million funding round -- the smart money is guessing around $1 billion.

"We're thrilled that this recent round of funding is going to help us strengthen our balance sheet and accelerate delivery of our product road map, which we've really been bolstering over the last year," Tim Zonca, Puppet's SVP of marketing and business development, told Data Center Knowledge. The fresh injection of capital "gives us greater flexibility to do that, either through organic growth or through acquisition."

The Portland, Oregon-based company has already been on something of an acquisition spree. Earlier this month it acquired three-year-old data visualization startup Reflect, and in September it acquired Distelli, a continuous delivery platform used by developers and enterprises.

"Just in the last year we went from a single-product company to a multi-product portfolio company, adding about five new products," Zonca said. "We acquired two new companies, we expanded to new locations around the globe, and all of this growth ultimately is focused on helping us be closer to where our customers are and where they need us to be to help further their progress as they go down the journey to more pervasive automation with us."

The new offices are in Seattle, Sydney, Singapore, Tokyo, and Timisoara, Romania. In total, Puppet has nine offices located in seven countries.

Although the privately held company doesn't disclose financials, Zonca told us that during the last year Puppet has seen substantial growth in sales, citing 35 percent year-over-year growth in this year's first quarter. Part of the uptick, he said, is due to growth of the company's partner network.

"In this first quarter, when we look at our new business, we saw a 64 percent year-over-year growth in new business bookings to our partners," he said. "Just over 80 percent of our new business involved a partner in Q1. That's really up drastically over the last few years, and I think we're starting to see some fantastic leverage where our partners are including us as part of the portfolio of solutions they offer, giving us the sort of reach and access that allows us to help support an even broader set of customers as they bring automation into their stack."

Before the official announcement of this funding round's results, Puppet had indicated it would use any funds raised to expand its product portfolio, with a particular focus on the cloud and containers. Zonca expanded on this theme when asked what the company intended to do with the money it had raised.

"Over the last couple of years, one of the things that has fueled our business and this growth that we're talking about is the movement to cloud and containerized environments," he said. "Our technologies are well suited to that. However, we think that especially with some of the containerized capabilities, it's a really drastic revolution to the software delivery workflows. The promise of what that offers we think is huge, and so we're continuing to flesh out our cloud and container-based offerings.

"It's here now, but it's surely going to impact the future, so being able to have flexibility to move more athletically as we build out capabilities, especially in those two arenas, is important to us. So that's where a majority of the funding will go."

Puppet has also been aggressively moving into the Asia Pacific and Japan (APJ) markets. Its new office in Singapore is being opened as a regional headquarters, and it's newest investor, EDBI, is an investment firm based in Singapore.

"Puppet’s automation and management platform transforms how companies manage and improve the efficiency of their IT assets and can help companies in Singapore realize productivity gains while ensuring compliance," Swee-Yeok CHU, EDBI's CEO and president, said in a statement. "Leveraging our network, we look forward to helping Puppet scale up its local talent pool to address the region's opportunities through its APAC Regional HQ in Singapore and to augment Singapore's digital transformation strategy."

Zonca said that 40,000 companies across the globe use Puppet software and that the company currently has about 1,200 paying customers.