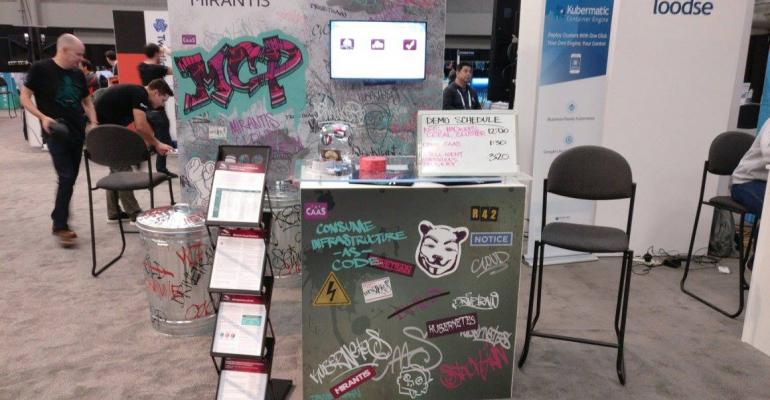 After its latest pivot, the company ventures beyond OpenStack, into the ever more competitive multi-cloud world.

Mirantis, which was an industry darling at the peak of OpenStack hype, wants to move beyond the open source cloud software stack and help its enterprise customers adopt a hybrid, multi-cloud strategy. To lead the charge, it has rehired former CEO Adrian Ionel.

Co-founder Alex Freeland has stepped down as CEO but will remain on the board, the Sunnyvale, California-based company announced Thursday. Ionel, who oversaw Mirantis’s rapid growth as CEO from 2009 to 2015, rejoins the company after a 14-month absence. During that time, he launched another startup, but said he was never far away from Mirantis and met regularly with Freeland.

“And as we talked more and more, it became more apparent that the company needs to embark on its next journey, it’s next roadmap,” Ionel said in an interview with Data Center Knowledge. “It’s very much taking forward what we’ve already built, the on-premises open source infrastructure, which is tremendously valuable, and taking it into a world of public and private cloud. It’s essentially bringing the power of open source to the next layer of managing and running applications on any cloud.”

During Ionel’s first foray as Mirantis’s CEO, the OpenStack vendor more than quadrupled its size, going from 100 to about 450 employees, and its customer base increased from around five customers to more than 200, as they used its distribution of the OpenStack platform to build their own private clouds.

Today, a vast majority of its customers are embracing a multi-cloud strategy. To capture that market, Mirantis in September released a new version of its cloud management software, called Mirantis Cloud Platform (MCP), which goes beyond OpenStack private cloud and supports public and hybrid cloud deployments.

To allow customers to build containerized, cloud-native applications, the new version of MCP features a new container-as-a-cloud service that supports Kubernetes on OpenStack instances in private clouds, on public cloud platforms, or both. It also includes a lifecycle management toolset that allows enterprises to easily deploy, run, update, or move applications to any public or private cloud. “It automates the deployment and management of applications,” Ionel says.

Al Sadowski, research VP at 451 Research, said Mirantis has evolved from being one of the early OpenStack successes, pivoting to become a distributor, and recently pivoting again to its cloud-based MCP strategy. The new focus is a necessary step for the company, he said.

When Mirantis distributed OpenStack, its competitors included Red Hat, SUSE, and Canonical. Now, with the new MCP strategy, the company competes against managed service providers such as Rackspace, other Software-as-a-Service cloud providers, like Platform9, hyper-scalers like Amazon Web Services, Google Cloud Platform, and Microsoft Azure, as well as systems integrators.

“There’s a lot of competitors, but Mirantis needed to do something beyond basic OpenStack infrastructure management to stay relevant, because enterprises need support in a multi-cloud world,” Sadowski said.

He added that while he has no inside knowledge of why Mirantis changed CEOs, Ionel is a co-founder and as such has vested interest in the company’s success.

“The company at one point was on a trajectory for an IPO, and perhaps Adrian’s return is to help ensure that it’s still one of the successful exits,” Sadowski said.

Ionel said he has stepped down as CEO of his new startup Dorsal but will remain its chair. Doing so will allow him to focus his energy on Mirantis and help it grow and succeed with its new multi-cloud strategy, he said.

During the next 12 months, Ionel said he has two goals. The first is to support customers that are still implementing OpenStack in-house.

“For our OpenStack infrastructure business, which continues, we want to take it to the next level with our largest customers. We have a number of customers who are bullish on OpenStack and running gigantic infrastructures and want to automate everything on a large scale,” he said. “it’s important for us to serve them and help them achieve their goals.

The second goal is to help customers embrace a multi-cloud strategy and help them successfully deploy a significant part of their workload on any public cloud. “We want to have a good set of very robust success stories for multi-cloud,” he said.

“I want to focus the company on its vision and energize product development and technology development. That’s always been our strength and the reason Mirantis has been adopted by so many customers,” Ionel said. “People feel our technology and the expertise of our engineers are exceptionally high, and we will continue to leverage and double down on that and create that bridge between the on-premises infrastructure and the public cloud, multi-cloud world.”