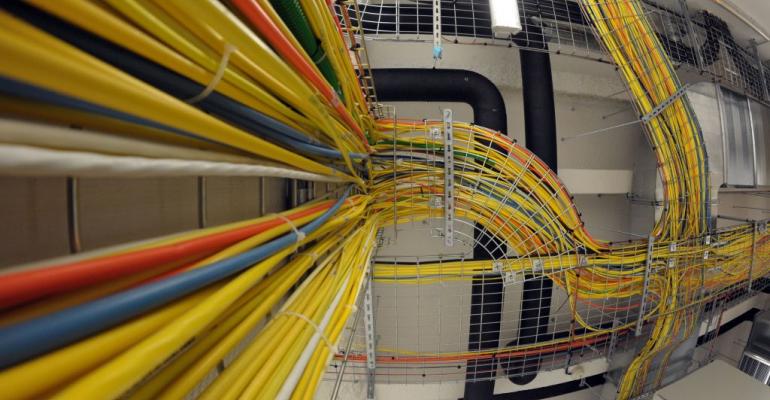 Mike Sicoli joined INAP to fix it. He says the company is now steady, prepared for the “street warfare” for share of the booming digital infrastructure market.

Following a convergence of massively turbulent events at the start of the year, most of 2020 was about bringing back a sense of stability for INAP, the formerly public data center service provider that went through bankruptcy restructuring in March 2020 and emerged as a private company.

The short bankruptcy process happened to coincide with the front end of the pandemic and was quickly followed by loss of several key customers. That included INAP ’s largest customer – a “churn” event that wiped out more than a third of the revenue it was getting from that account.

But despite the loss of income caused by that “early churn that we are [still] digging ourselves out of,” the sense of stability has returned, and the company is looking at 2021 “as the year to get back to growth,” said Mike Sicoli, INAP’s CEO, who came onboard to right the ship and stayed behind the helm for the journey that followed.

“Customers need what we sell more today than they ever have,” Sicoli, a Philadelphia native, told DCK in an interview over Zoom while sitting in his home office in Washington, D.C.

The New INAP Is a Hybrid Cloud Provider

The new message INAP is going to market with addresses one of the biggest mistakes that in Sicoli’s opinion put the company in the situation it was in at the start of last year. The company had operated and marketed its various services (colocation, network, cloud) as separate products and businesses.

Now, INAP wants to be seen as a hybrid cloud provider, full stop. If you’re an enterprise with a complex set of technical infrastructure needs (maybe you need some colo, some public cloud, and some bare metal servers), the company wants to be a one-stop shop that will address all those needs and advise you in selecting and setting up the best possible mix.

INAP has increased its sales and marketing spend by 20 percent over the past six months to go to market with that message.

Originally a network services company, starting around 2010 Internap (that was its name back then) decided to get into the colocation business and acquired and built a number of data centers. About five years later it decided to add public cloud services. It wasn’t yet clear at that time just how close to impossible competing with AWS would soon become.

To get into new businesses Internap made acquisitions. “It’s not that individually those moves didn’t make sense,” Sicoli said. There wasn’t a whole lot of work done to merge those businesses into a unified offering, which ended up hurting the business. “They weren’t stitched together in a cohesive strategy.”

The company borrowed a lot of capital to fund acquisitions and expand its data center footprint, expecting those investments to eventually translate to revenue growth. But revenue didn’t grow, Sicoli said. It shrank, while the debt remained.

INAP’s Chapter 11 bankruptcy documents, filed in March 2020, showed about $725 million in assets and $785 million in liabilities.

The company was public and Wall Street was putting constant pressure on management to fix INAP’s visibly broken capital structure. That kind of pressure “consumes” a management team, making it difficult to focus on business strategy, which may explain how little was done to integrate its various assets, Sicoli, who joined the company as CFO in October 2019 and became CEO in May 2020, said.

May 2020 was when INAP emerged from Chapter 11 after striking an agreement with its lenders to exchange a big chunk of what they were owed for equity in the newly private business.

The largest of the three customers it lost after bankruptcy was acquired and, unfortunately for INAP, “there were synergies involved,” Sicoli said. “The acquiring company kept some but not all” of the former INAP customer’s infrastructure in the provider's data centers.

Another customer made a “strategic decision” to move all its infrastructure to the cloud, while the third one left because of concerns related to the bankruptcy, the INAP chief executive said.

Now that its capital structure is fixed, according to Sicoli, and as shocks from the restructuring, the pandemic, and the loss of large customers have subsided, the focus is on returning to growth.

The general rule of thumb for data center service providers that don’t have the scale to compete with the likes of Equinix or Digital Realty is to specialize. Like other players in its weight category, INAP is emphasizing close, hands-on relationships with customers – something large companies, because of their scale, aren’t typically great at.

Its most unique asset remains a version of the patented traffic-routing technology the old Internap’s business grew around. Its name back in the day was Managed Internet Route Optimizer (MIRO). It was an appliance whose algorithm automatically identified the fastest network routes on the internet and sent customer traffic along them.

The current version of MIRO is software (not a physical box) called Performance IP. Sicoli calls it “Waze for the internet.” It performs “millions of calculations a day” on internet routing tables to proactively determine the best path for traffic. Competing solutions, according to him, tend to identify the shortest path. But, as Waze users often find, the shortest path isn’t always the fastest, Sicoli said, be it on the road or on a fiber network.

INAP’s Performance IP may not make a huge difference compared to other automatic routing solutions at, say, 11 am on a Tuesday, when network congestion on the internet is relatively low, he said. It really shines when networks are at their most congested – in the evenings, for example, when lots of people are streaming video.

There have been discussions internally about turning Performance IP into a stand-alone software product (in addition to it being a service for INAP customers), and that’s something that the company could do in the future. But it would require a lot of development work and for now isn’t a priority, Sicoli said.

Spend Flexibility as a Differentiator

INAP is also differentiating by letting customers be flexible with how they spend their money on its various services. It operates more than 40 data centers in North America, Europe, and Asia Pacific, offerering roughly three categories of services: colocation, cloud, and network, which contribute 40 percent, 40 percent, and 20 percent of total revenue, respectively.

The cloud bucket includes bare-metal servers, private cloud – Internap was one of the first providers to stand up a cloud service built on OpenStack – and managed AWS, Azure, and multi-cloud services.

If a customer has committed to a certain mix of INAP services but finds down the road that the mix isn’t ideal, the provider allows them to adjust the mix within their committed total spend, Sicoli explained.

Whenever a company goes through difficult times, investment in employee experience is one of the first expenses that gets cut back, and the same was the case at INAP. “That was the first thing I added back,” Sicoli said.

INAP is also investing in automation to improve customer experience. That includes tools that provide visibility and control of customer infrastructure in a single portal, as well as provisioning of all the services the company offers, such as storage, backup, or cloud resources.

For now, the company isn’t investing much in data center expansion. According to Sicoli, INAP has lots of unused network and server capacity, as well as space and power in most of its data centers – to the tune of multiple megawatts per site.

INAP did recently add a 1.8MW expansion at its Redondo Beach, California, data center (outside of Los Angeles). The town happened to be an in-demand data center location among hyperscalers and large enterprises, he said. “There’s a lot of people that want to be [deploying] infrastructure in that area.”

Sicoli characterized these deals as “middle edge” deployments, ranging from 500kW to 1MW in size.

Today, with market fundamentals more favorable than ever for providers of digital infrastructure, INAP’s success depends entirely on “our own ability to execute,” Sicoli said. “The world needs what we sell more than ever – increasingly so. No-one is predicting less demand for these services.”

Few other industries have the luxury of being so certain that demand for their products will continue growing, despite “all the disruption in the world,” he pointed out.

That said, “there’s a lot of competition, and the competition is fierce,” so the company’s success will depend on its ability to execute better than anyone else in its niche. “It’s street warfare, every day,” Sicoli said.