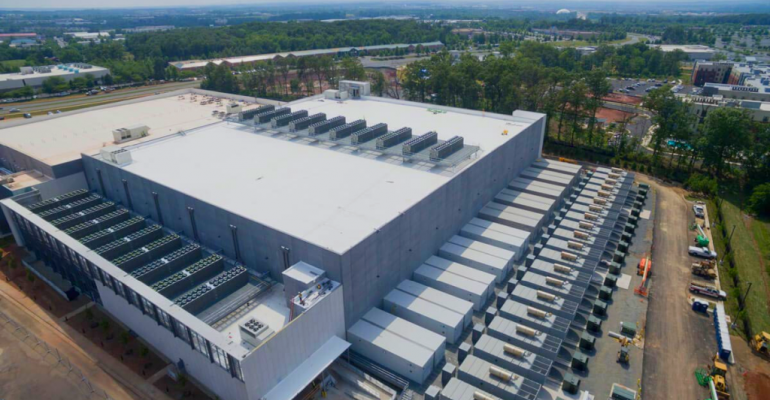 Local economic development department steps in to become a central hub for managing the needs of hundreds of data center operators and tenants.

If 70 percent of the world’s internet traffic truly does traverse Loudoun County data centers (an estimate of uncertain origin local industry players often repeat), then the health of the global economy could depend as much upon Ashburn, Virginia, as upon New York City. While it wasn’t anyone’s intent to design the internet with a central hub (for reasons dealing more with humanity than technology), industries need capital centers, and the data center industry’s one is in Northern Virginia.

In this global coronavirus emergency, when you might wish for a federal department to consolidate representation of digital-infrastructure concerns, towns like Ashburn and Sterling have a county office playing that role instead: the Loudoun County Department of Economic Development. Data centers have been a boon to the area’s economic development, and the department has built deep ties in this industry. Now, it’s taken it upon itself to act as the central hub for managing industry needs through the crisis, helping ensure that power stays flowing, pleas of public sector customers are being heard, and civil engineers are available to survey sites and lay foundations.

Suddenly, the well-being of one of the few fully functional elements of an economy in lockdown depends on a handful of people who work in a red-brick business condo that shares a building with an AMC movie theater.

“The thing we decided we needed to do right away was have somebody who was our coordinator, both amongst the data centers and between the county and the data centers throughout the region and throughout Virginia,” Buddy Rizer, the department’s executive director, told us. Rizer, a former radio DJ and no stranger to DCK readers, chose Phillip Sandino, a former RagingWire VP of operations who now works as a consultant.

Sandino now finds himself the point man for coordinating requirements of some 350 data center operators and tenants in the region — requirements that first and foremost include basic resources such as power, water, and fiber. Now, in the wake of the DHS Cybersecurity and Infrastructure Security Agency’s latest guidance on essential critical infrastructure workers, Sandino has been responding to concerns no one ever thought could come up just two short months ago — for instance, ensuring operators can get to work.

“We clarified that to the best of our ability with the local emergency responders,” Sandino told DCK. “Then we gave guidance to the local companies who work in Loudoun County, and a lot of them also work in Prince William and Fairfax Counties, on how to use the ‘carry letter’ from CISA and how to augment that with a letter from their own companies.”

The “carry letter” is a physical document to be presented to law enforcement officials patrolling an area where non-essential workers should be staying home. It identifies the bearer as having a job function included on CISA Director Christopher Krebs’ advisory list [PDF] published April 17.

“We try to do legwork for all of these 350 companies, so that there won’t be duplicate efforts going on,” Sandino said. His office also participated in the launch of roundtable discussions (some involving the Uptime Institute and the industry body TechUK) among experts and everyday practitioners to discuss how to resolve their newfangled difficulties — for example, how to resume regular data center maintenance. As we have written earlier this month, facilities may be able to stretch the suspension of regular maintenance procedures to July, or perhaps only June, before facing serious risk of service degradation.

In early March, when in-person meetings were still going on, the roundtable met with Sen. Mark Warner (D – Va.), who pledged at the meeting to “move heaven and earth” for data center developers if they would build more toward the southern part of the state, near the North Carolina border.

Now, as the return of unrestricted movement in much of the US this year is uncertain, the agenda has changed. In the coming weeks, the Loudoun County roundtable — meeting virtually, of course — will shift its focus to topics including maintaining physical site security, the integrity of supply chains, and keeping up construction itineraries, refocusing on Northern Virginia, Sandino said.

“What I try to do is to have my head up and be strategic in looking out at what’s coming, and then relay that to this group,” he told us. “And if it is a real issue that they haven’t maybe thought about, then I pursue it. I’m trying to help people move from the reaction to the pandemic to normalizing inside of these constraints, and then forward thinking into how we exit the pandemic stance we’re in.”

The second greatest threat the data center industry faces after the possibility of COVID-19 infection is the trend of deglobalization, Sandino said. Mining raw materials, manufacturing parts, assembling parts, and shipping components are all international operations. Some countries are having greater success than others in thwarting the threat of infection and death. But this fact in itself may be creating political and sociological turbulence that can negatively impact global supply chains.

Suddenly, an organization’s ability to obtain parts for a new data center becomes sensitive to the course of human events in places such as Taiwan, Singapore, Ireland, and Italy. Rizer told us he had already witnessed situations where materials critical to construction projects were late in arriving.

“Sharing information in a very competitive industry is not a given,” remarked Rizer.  “But we have seen constantly that people have been willing to share their expertise, their concerns, and really address them as a group.” Having that multitude of contacts on hand, he told us, enables him to serve as a liaison for all sides, leveraging connections to address problems. For instance, one completed construction project may have left behind surplus materials that a new project could put to use right away.

The result is a kind of clearinghouse for the region’s data center issues — an institution that could very well continue long after the coronavirus pandemic subsides. Granted, there are plenty of data center industry associations already – AFCOM’s Potomac Chapter is a regular participant in Loudoun County’s weekly meetings – but Sandino and Rizer are talking about one that works in real-time, representing the mutual needs of their constituents without direct government oversight. Other industries already have this, and Sandino argues that data centers could as well. Perhaps the pandemic could provide enough incentive for operators to engage in a collective effort to this end.

For now, this line of constant communication is being funded largely by Loudoun County, which is fine in an emergency, Rizer noted, but probably not the best long-term plan. “I think we as an industry would have to get together and start discussing what that looks like as a longer-term solution.”

“The relationships that we have are what’s going to carry through this event,” Sandino said.