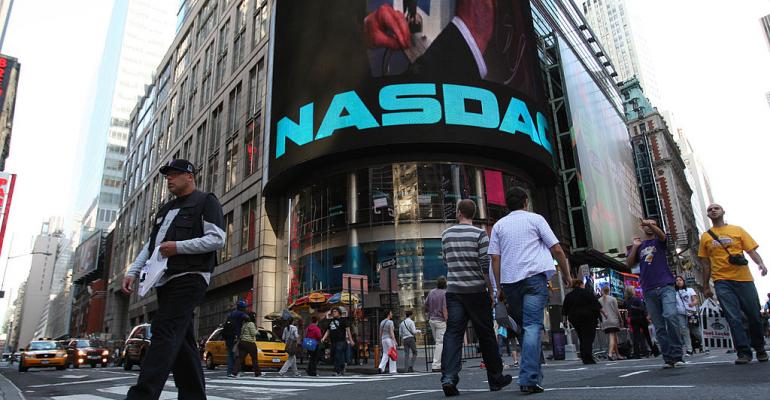 MongoDB's IPO Beats the Market Out of the Gate

The NoSQL database company which has yet to show a profit is now valued at $1.17 billion.

The folks at MongoDB raised a whole lot of money today in their debut on NASDAQ.

Yesterday the open source company announced it was going to be asking $24 a share for the 8 million Class A shares it was letting loose in its IPO, which had some Wall Street investors scratching their heads and wondering if the brains at Mongo were suffering from some kind of undiagnosed damage. Analysts had been estimating an opening price of between $20-22 per share, and on October 6 the company had estimated an opening price in the range of $18-20.

This for a company that only buys red ink. Last year's net loss was $86.7 million, a 17 percent rise over the previous year.

Evidently the brains at MongoDB are working just fine, thank you. The market opened at $33, about a third higher than Mongo's asking price. In total, the company raised somewhere around $192 million and is now valued at $1.17 billion. Those numbers could go up before it's all said and done, however. Underwriters have an option to purchase an additional 1.2 million of the Class A stocks that were on sale today, which would seem to be a given considering investors' bullish attitude toward the NoSQL database company.

This makes today a good day to be a Manhattan champagne merchant. There are sure to be plenty of corks being popped at MongoDB's 43rd Street headquarters at the close of the business day.

Obviously the good folks on Wall Street weren't bidding the price up based on growing losses. Nor were they evidently concerned that after 10 years the company still hasn't found profitability.

Maybe they were buoyed by the fact that although the company is operating at a loss, it's growing quickly. In January 2015, the company counted 1,100 customers. Today that number is 4,300, located in 85 countries. Revenues are also growing and almost doubled between 2016's report and the $101.4 million it reported in January. Also, as more enterprises make the move to the cloud, many are turning to open source database solutions to get out from under the thumbs of proprietary vendors like Oracle and Microsoft -- which should help fuel continued growth.

It also continues to expand and make improvements to its offerings. Its Database as a Service cloud offering, Atlas, started about a year-and-a-half ago available on Amazon Web Services only, but is today available on Google Cloud Platform and Microsoft Azure as well. It's also now live in almost all AWS regions other than China and US federal government. Currently it's working to make the service behave the same across all public clouds, which will make it more attractive to organizations with a multi-cloud policy.

The upcoming 3.6 release of its flagship Enterprise Server software is also slated to come with a new and improved feature set. Examples include the ability to visualize data without flattening JSON data and the ability to run complex queries without having to take multiple aggregation steps.

Investors might also be wowed by the size of the database market, which IDC put at $44.6 billion in 2016 and says will grow to $61.3 billion by 2020. Even a small slice of that pie is a considerable amount of money.

Meanwhile, anybody in New York City looking for a party at about the close of the business day might want to wander over to West 43rd Street between 7th and 8th Avenues. Be on the lookout for flying champagne corks.