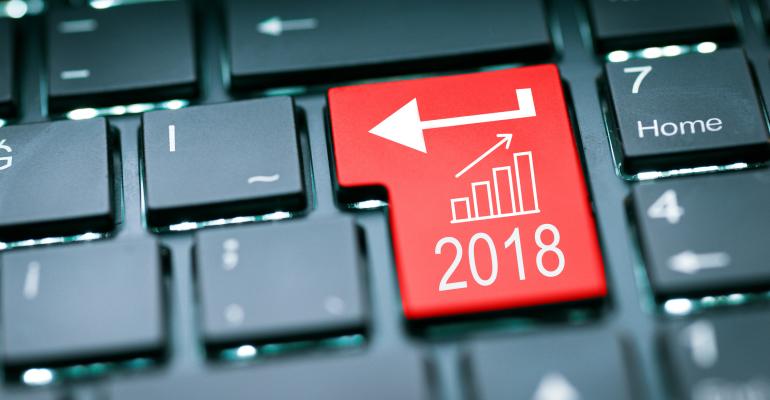 Demand remains strong, including from the hyperscalers, who continue spending billions on infrastructure.

It’s been a rough year for publicly traded data center REITs, most of whom, after two boom years fueled by the rush to expand data center capacity by hyperscale cloud platforms and other major tech companies, have reported underwhelming first-quarter results.

But, as we’ve explained earlier, the public providers’ stocks may be suffering more from Wall Street’s reaction to the investments they’ve been making in future growth and the general pessimism about the tech industry, and less from lackluster market demand for their product.

Related: Switch Reports Another Weak Quarter, But Is There an Upside?

Demand remains strong, including from the hyperscalers, who continue spending billions on infrastructure. This is evident in the strong performance of chipmaker stocks, which have been spared from a beating that could’ve resulted from the slowing smartphone demand thanks to a spike in sales of data center processors to the likes of Facebook, Google, Amazon, and Microsoft, according to a recent analysis by Bloomberg.

It’s also evident in the amount of money that continues flowing into the space outside of the REITs. This trend was highlighted by two data center investment announcements made just last week.

Ireland’s Chirisa Investments announced an acquisition of a facility in Northern Virginia it plans to develop as a data center. The $225 million development will be “first of many” the investor is planning to undertake, according to a company statement.

Additionally, mission critical investor Next Tier HD announced a partnership with the global real estate and infrastructure investment giant AGC Equity Partners with the goal of “acquiring data centers and data center-related properties in the US.”

Big investment examples from earlier this year include among others $1.1 billion raised by Digital Bridge-owned Vantage Data Centers; the plan to spend $2 billion on construction by the newly formed wholesale data center developer EdgeCore, backed by Singapore’s GIC and Canada’s OPTrust; the launch of a new data center-focused business branch by PointOne Developments, which claims to have access to $7.5 billion to fund data center construction; and Macquarie Infrastructure Partners’ investment of undisclosed size in the data center provider Aligned Energy.

After several big data center builds and exits in Europe, Chirisa ntered the US market last year. It acquired facilities in 10 markets from 365 Data Centers, in two markets from Host.net, a single facility from Interconnect Miami, as well as the Digital Fortress data center in Seattle.

Its newly acquired building in Ashburn, Virginia, the world’s hottest data center market, is slated for a 280,000-square foot, 30MW data center development. The deal is first in Chirisa’s “rollout of larger strategically-positioned data center campus sites in the US, Canada, and other regions,” the company said in a statement.

New York-based real estate developer Next Tier HD says it controls more than 1.8 million square feet of office and mission critical projects. Its most recent data center build is being done in partnership with DataBank: construction of a supercomputer facility in Atlanta for the Georgia Institute of Technology.

Next Tier says it’s worked with AGC on mission critical investments since last year. But now the two companies have signed a wider-ranging strategic partnership, setting their sights on creating a “diversified national portfolio of select data center properties,” David Spiewak, Next Tier’s managing principal, said in a statement.

Headquartered in London but registered in the Cayman Islands, AGC is steered by two long-time Middle Eastern investment executives who act as its co-CEOs. Khalil Amiouni, who founded the company in 2002, has led its corporate, real estate, and hedge fund investments in the Middle East. The second co-CEO, Walid Abu-Suud, spent 18 years managing investment for the Kuwaiti government’s investment office in London before joining AGC.