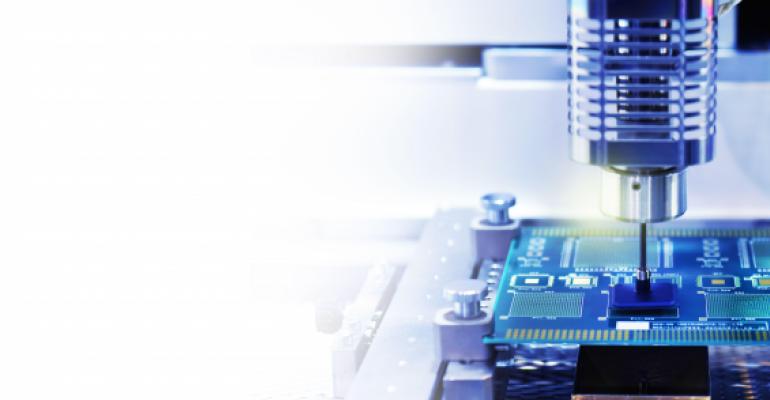 Micron to Invest $40 Billion by 2030 Into US Memory Plants

Micron leverages its $40 billion in government grants and credits to beef up semiconductor manufacturing in the U.S.

(Bloomberg) --Micron Technology Inc. said it will use “anticipated” government grants and credits to help it invest $40 billion by the end of the decade to build out US semiconductor manufacturing capacity.
The company expects to begin producing chips after 2025 and said it will create as many as 40,000 jobs, the Boise, Idaho-based memory manufacturer said in a statement on Tuesday. The investment is being funded with subsidies it believes will be awarded from the Chips and Science Act, Micron said.

“Today, less than one in 50 memory chips in the world are produced in the US,” Micron CEO Sanjay Mehrotra said in an interview with Bloomberg Television. “With Micron’s commitment, this will enable us to produce one in 10 chips of the global memory consumption in the US.”

The spending plan is part of the company’s previously announced $150 billion global investment goal, which it detailed last year. President Joe Biden is expected to sign the chips act into law on Tuesday as part of a package of spending and tax reforms. Most of Micron’s production is done in Japan, Singapore and Taiwan.

“Micron’s domestic leading-edge manufacturing capabilities will ensure US national security and supply chain resilience as demand for memory grows in critical market segments like automotive and data center, fueled by accelerating adoption of artificial intelligence and 5G,” the company said in the statement.

The company, which competes with South Korea’s Samsung Electronics Co. and SK Hynix Inc., as well as Japan’s Kioxia Holdings Corp., said last month that it’s cutting spending on plants and equipment to slow increases in factory output amid concerns about a glut in the market. Electronic device makers that buy Micron’s chips have been scaling back orders to reduce their own inventory.