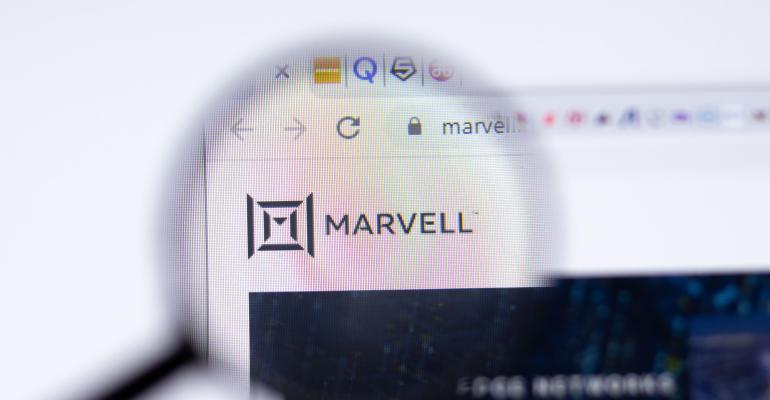 Marvell Technology Inc., a maker of chips for data centers, networking and other equipment, fell in late trading after a weaker-than-expected sales forecast fueled concerns about a slowdown in the semiconductor industry.
Revenue in the fiscal third quarter will be about $1.56 billion, the company said Thursday. That compares with an average analyst estimate of $1.58 billion. Marvell expects earnings of roughly 59 cents, excluding some items, just short of the 60-cent projection.

Like many chipmakers, Marvell has struggled with supply shortages, hampering its ability to ship products. But the industry is now also contending with a slowdown in technology spending, spurred by inflation and a more sluggish economy. That’s sent shares of Marvell and its chip peers tumbling in 2022.

The stock fell as much as 6.5% in extending trading before paring some of the losses. Marvell was down 37% this year through Thursday’s close.

Chief Executive Officer Matt Murphy said that the supply situation is improving, and that should boost sales by the fourth quarter.