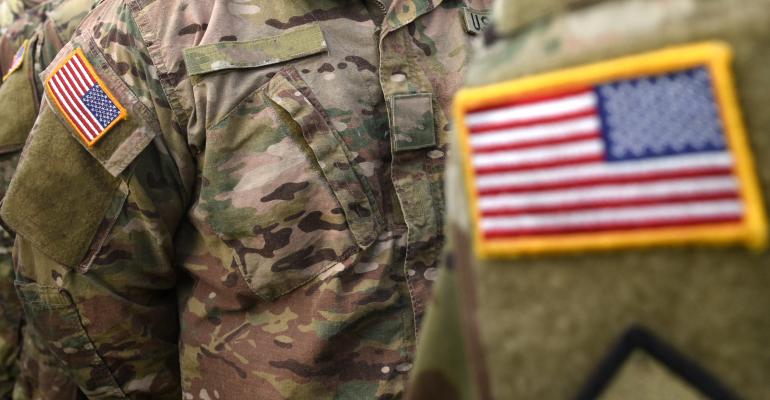 As a way to sidestep a talent crunch in a tight job market, tech companies are building a new pipeline of future employees by creating and maintaining training and hiring programs for people transitioning out of the military.

Workers with proven records in meeting deadlines for deliverables, collaborating successfully and working well under pressure are in great demand among IT departments and in tech companies. So to get an edge on finding and hiring the candidates that can rise to the demands of increasingly competitive markets, tech companies are building their own talent pipelines by tapping a proven workforce: military veterans who are leaving active duty service and re-entering the civilian workforce.

To understand why tech companies are building hiring pipelines from the U.S. military to the IT department, it is important to understand the competition for tech talent. According to CompTIA, there were approximately 3.7 million tech occupation job listings in the last year. Who’s filling those jobs? It’s not all undergrads -- according to the National Student Clearinghouse Research Center, 2.98 million students earned an undergraduate degree in 2018, many of those were not in computer science or other tech areas. Even if all the jobs were entry-level – which they are not – there would still be more open positions than qualified candidates.

The second pool for potential tech talent: Those who are already working within the tech industry who might be advancing their career through advanced certifications and then looking for new opportunities to put that knowledge to work. But filling an existing job vacancy may mean creating a new one.

So where to find fresh talent to fill higher-than-entry-level positions without poaching extant employees? Enterprise giants like Microsoft, Amazon, Google, Cisco and Salesforce have all begun targeting veterans with programs designed to upskill or hire this specific group.

A student graduating with their first degree likely has very little real-world experience in technology. However, veterans bring unique skills to the workplace. The insurer MetLife, which runs its own workplace-hiring program for U.S. veterans, says they notice that veterans have an ability to work well under pressure, the ability to collaborate in workplace teams, and an understanding of global economic considerations and international developments. While not impossible, it is very difficult to make it through any enlistment in the armed services of the United States without learning how to be a functional member of a team. Even the lowest-ranked servicemember plays a critical role in the success of a command or unit.  A military candidate is also going to bring other intangibles into your organization such as experience working as a member of a highly functioning team, ability to self-motivate, take on individual projects with little to no supervision, and a sense of personal responsibility and accountability for their work assignments and projects.

These are skills are a big reason why many large tech companies have established military veteran transition and hiring programs.

Most of these programs combine both educational and recruiting elements. While there is a certain population of military veterans that will exit the service with IT industry-ready skills in the technology arena, some do have to be trained to deal with technology in a civilian context.

Why the Tech Companies Want Veterans

Some big players in today’s tech landscape – Amazon, SAP, Microsoft, SalesForce, IBM, and Oracle -- have set up programs specifically for recruiting military veterans. When interviewed, the companies' responses demonstrate some very particular themes that point to why they consider military veterans to be a valuable talent pool: words and phrases like trained, diverse, strong, leadership, attention to detail, dedication, valuable, and desire to innovate.

Microsoft Vice President for Military Affairs Chris Cortez (USMC General, Ret.) said, “Veterans are exactly the type of talent Microsoft looks for to evolve the face of IT beyond the traditional four-year degree. They are trained to quickly assess, analyze and fix a situation with the resources at hand while working with a diverse group of people as a team; skills that are incredibly applicable to the IT industry.”

SAP's Dan Healey, Senior Vice President and Head of North America HR,  cited a key challenge these veterans can address in IT – limited resources. “[Military veterans] have been in situations where they needed to accomplish missions with limited resources requiring them to analyze a situation quickly and thoroughly, problem solve, and take the initiative to implement the solution."

Both Healey and Borja say veterans also have another skill set that's become increasingly valuable to IT pros -- soft skills. Borja listed veterans'  punctuality, accountability, trainability, and their ability to communicate well and train others. Healey says that the required management training military managers get means they enter a civilian workforce with strong communication and leadership skills.

There are also corresponding military culture challenges that can affect both the veteran and their civilian workplace. IBM’s Martin Lair, an executive in the IBM Corporate Social Responsibility organization said that one area they see challenging for veterans is that they are reluctant self-promoters. “The military environment is so unit focused and selfless, that soldiers transitioning to the civilian workforce often need help with networking and marketing themselves, as it may not be something they're used to doing.”

One way to combat this unfamiliarity of civilian work environments and lack of self-promotion skills is with apprenticeship programs. Nick Curry, Amazon’s Senior PM on the Amazon Military Team laid it out in his response to this question. “…with apprenticeship programs, veterans who are great cultural fits within Amazon can learn on-the-job and bridge the technical skills gap from the military to the private sector.”

Making these programs accessible to veterans is important according to Oracle’s Borja because it helps them quickly adapt to the corporate environment. One way Oracle does this is by connecting them with a veteran already at the company. This one-on-one mentoring approach helps the new veteran gain the skills to be successful in the future from someone who has already made that transition.

Of course, these military veteran hiring programs cost money. Making investments to assist, train, and hire these individuals is part of the cost of human resource investments. However, most companies interviewed by ITPro Today say they see a return on their investment in these programs.

Ann Weeby is the Senior Director of Vetforce, which is part of Salesforces’ Workforce Development Program. She said their efforts to target military veterans and their spouses, which many other companies do as well, helps the company and their partners move into the future. The company also offers a tie-in to its certification program.

“We recently launched a new initiative called the Vetforce Alliance, which aims at accelerating the hiring of veterans and military spouses by offering automatic interviews to any veteran or military spouse who earns an admin certification through our program.”

Microsoft’s Cortez added that these types of programs are necessary for veterans. “Our country needs non-traditional training and hiring programs to provide the necessary scale to help veterans obtain civilian jobs. Reskilling veterans for technology careers sets them up for long-term success.”

Finally, the real proof in the success of these military veteran hiring programs will be in the individuals who have transitioned from the military to civilian IT jobs. Here are a few of those responses in their own words.

“The technology of today is changing and growing at a rapid pace, and with it, the need for highly adaptable and creative thinkers who can remain resilient under high-stress conditions also grows. Military veterans, even those without a degree, have shown time and again that they are up to the task, not only meet but often exceeding expectations. Years of training and discipline instilled in us the ability to overcome ambiguity through sheer tenacity, to discover solutions through non-traditional approaches – because our ‘education’ is non-traditional, and to accomplish our tasks – because our bottom-line has always been precious.”

“Veterans are diverse and valuable members of society. Companies that leverage [veterans'] unique backgrounds become more competitive by giving a veteran the opportunity to be a team member or leader. They have already been stress tested under extraordinary circumstances during their military training or in battle, possessing skills like collaboration and attention to detail to shape their environments to achieve the mission.  The nature of IT systems is that they are in constant flux and need resiliency, so who better to help design, monitor, and control information systems or projects?”

“The information technology industry benefits from hiring military veterans for many different reasons. One of these reasons is our ability to learn new skills and concepts quickly. While serving in the military, our ability to do this effectively could mean the difference between succeeding on a mission/deployment and putting ourselves, as well as fellow service members, in danger. This skill translates into information technology extremely well because technology is ever-evolving, and the ability to learn and adapt to the evolution of technology is key to both individuals and their organizations being successful in the industry."