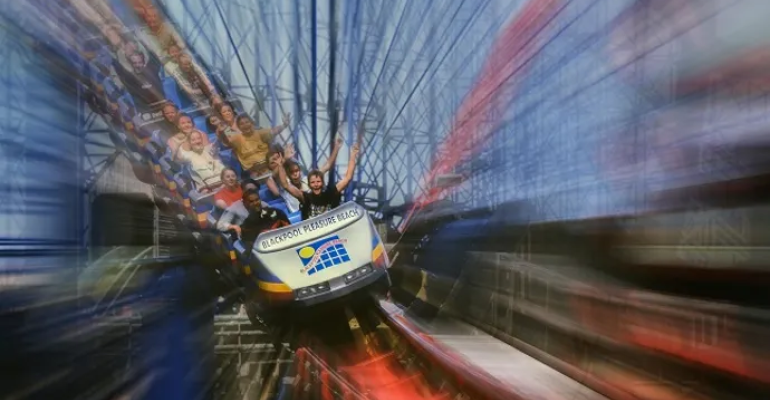 We entered 2022 in the midst of a talent crisis when skilled IT pros were moving to new jobs and getting a bump in compensation.

Warning: take care when looking back on the IT job market in 2022. You may experience nausea, dizziness, a racing heart, or other symptoms associated with wild rides. Also, possibly whiplash as we come to an abrupt stop with big tech layoffs at the end of this year.

Heading into 2023 the signals are mixed. On one hand, there’s that huge number of big tech company layoffs that have spilled a great number of skilled tech workers into the job market. On the other hand, there is still a huge number of open jobs.

But before we get to a new year, it’s time to look back on the crazy ride that was 2022.

The IT Job Market 12 Months Ago

It was a job candidate’s market in January 2022. Skilled IT workers were in high demand. That made it easier for IT pros to move to new companies and get sizable salary increases. There were lots and lots of job openings. On the final day of December 2021, job openings in the information sector doubled to 217,000 from 109,000 on the last day of 2020, according to the US Bureau of Labor Statistics. The Bureau was also reporting higher wages and salaries -- up 4.5% for the 12 months of 2021 compared to an increase of 2.6% the previous year.

Return to Office, Hybrid Work, and Pushback to Stay Remote

Despite very visible efforts by big tech companies to “return to normal” often with a hybrid “back to office” requirement, the dates for those mandatory returns kept slipping in 2022. Google started its hybrid work arrangement of three days in the office per week back in April 2022, but managers reportedly wanted more days a week in the office while some workers questioned the need for returning at all, voicing their objections during a company meeting in March. High gas prices, long commute times, and the productivity of uninterrupted time were all reasons technology workers cited for keeping fully remote work in place as a choice.

Even as tech giants such as Apple, Google, and Microsoft were pushing hybrid plans, job postings for remote work continued to grow at an unprecedented pace, especially in high-demand areas such as DevOps, data science, and IT security. As tracked by the Ladders, which monitors jobs that pay $100K-plus at several job posting sites, postings for remote positions increased in early 2022 and in some fields reached a high of 35% to 38%.

It's really what IT pros wanted, according to the 2022 InformationWeek Salary Survey, where those polled rated the ability to work remotely at the top or close to the top of what mattered most to these professionals about their jobs.

This openness to remote work during the pandemic and well into 2022 may have made it easier for organizations to recruit experienced non-traditional labor into the market to help with the talent shortage. For instance, remote work and flexible schedules may appeal to retired IT workers.

Heading into autumn, many executives were whispering about cutting costs and a potential recession. Twitter reportedly cut an estimated half of its workforce after Elon Musk completed his acquisition of the company and has since been cutting again and again. A week after Twitter’s first layoffs, Facebook parent Meta said it would lay off 13% of its workforce or 11,000 employees. Amazon said it would lay off about 10,000 employees in job cuts that will stretch into 2023. Salesforce also reportedly laid off hundreds of workers this fall, although the company would not confirm exact numbers.

Even as those layoff announcements were rolling in, the US Bureau of Labor Statistics job report for October showed a strong job market for tech pros and continued growth for remote jobs. In November that growth continued with IT industry association CompTIA reporting that US tech companies added 14,400 workers during the month, marking two consecutive years of monthly job growth in the sector. Tech jobs in all industry sectors increased by 137,000 positions. And while job postings for future hiring slipped in November, they still totaled nearly 270,000. CompTIA’s Chief Research Officer Tim Herbert tells InformationWeek that it’s possible some of the big tech company layoffs were not captured in the November report and will show up in the December report (released in early January). Still, he says the hotter than anticipated tech jobs report confirms that there are still many more employers hiring talent than shedding it.

It's possible that enterprises that couldn’t compete with the Googles and Amazons of the world in hiring tech talent during a talent crisis may very well reap the benefits of these tech company layoffs by hiring the smart, skilled workers who were laid off by the tech giants.

As the tech sector heads into a changed 2023 employment market, it’s unclear how all these mixed signals will play out, although experts are starting to weigh in on best practices. Employers are likely looking carefully at budgets and head counts. But it will be a challenging line to walk. Employers have spent the past few years investing in employee experience programs and focusing on retaining their valuable talent. An abrupt change in direction such as mass layoffs will likely sour companies’ reputations as employers.

Yet, even as big tech sheds jobs, there are enterprise technology projects still to be completed across multiple industries, and there are a number of emerging skills that remain in high demand such as cybersecurity, cloud, and artificial intelligence.

With all these forces in play, here’s our advice: Strap yourself in, because the wild ride isn’t over yet.

Read the rest of this article on InformationWeek.