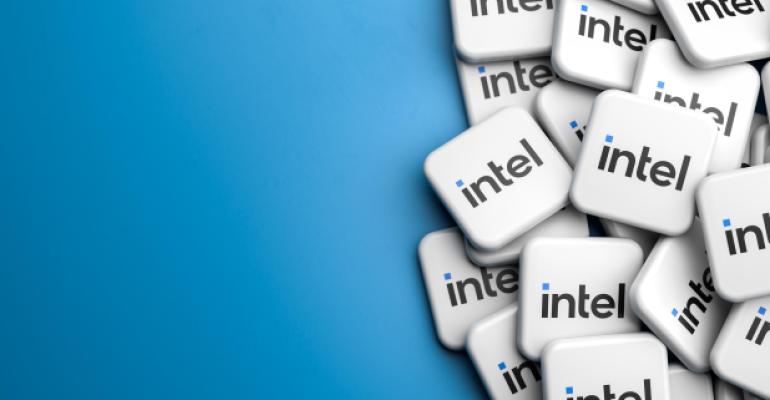 Analysts chime in on chipmaker’s strategy for data center processors, including GPUs and the “Sapphire Rapids” Xeon processor.

Intel has had a rough time of it lately: it’s lost server CPU market share to AMD, it’s late to the GPU party, and for two quarters in a row it’s suffered a drop in year-over-year revenue. Intel executives have touted a product roadmap to get the company back into growth mode, but the question is: can Intel recapture customers and make inroads into its new markets?

Industry analysts say Intel has a solid product strategy, including its first foray into GPUs for high-performance computing (HPC), artificial intelligence (AI) and media processing and delivery, but its success depends on whether it can carry out those plans. While the giant chipmaker recently released its first GPU, the company has delayed the release of its next-generation Xeon server processor, code-named “Sapphire Rapids.”

Manoj Sukumaran, Omdia’s principal analyst of data center IT, said Intel’s success depends on whether its forthcoming chips are competitive in performance and price, but it’s too soon to know because the company is just starting to release its products.

“It’s not just having the silicon. It takes a lot of effort and time to create the software ecosystem and the adoption among the developer community to come up with workloads and applications optimized for specific silicon features,” Sukumaran said. “It doesn’t happen overnight. And the competition is not staying idle. They are also working hard to come up with the next generation of processors.”

“Intel’s trying to prove that its technology can keep pace with both Nvidia and AMD,” he said. “It’s all about execution at this point.”

For example, AMD built a higher performing CPU, and as a result, AMD has gained significant share in the server CPU market during the past several quarters, Sukumaran said. AMD’s share of the datacenter CPU market has doubled from 10% in late 2020 to 22% in mid-2022, while Intel’s share has dropped from 87% to 70% during that same time frame, according to Omdia’s estimates.

Adding to this trend, Arm CPU adoption in the data center has risen to 7%. Nearly all hyperscale cloud service providers are using Arm CPUs that cost much less than x86 processors.

Intel has also missed the boat on the lucrative GPU market, allowing Nvidia to dominate. Intel is also late to the emerging Data Processing Unit (DPU) market, where both Nvidia and AMD have products thanks to Nvidia’s acquisition of Mellanox and AMD’s acquisition of Pensando Systems. With Intel CEO Pat Gelsinger managing the turnaround effort, the company plans to make inroads into both markets.

A Peek Into Intel’s Product Roadmap

Related: Intel Pledges to Reach Net-Zero in Global Operations by 2040

Intel executives have given regular updates to its product roadmap over the past year. Between now and 2024, the company plans four new Xeon processors including the next one code-named Sapphire Rapids, which offers a significant performance boost for both AI and HPC workloads, the company said.

However, Sapphire Rapids has been delayed several times and is now expected to “ramp” later this year, Intel said. That means it will be released in limited shipments by the end of 2022, Krewell said.

The company has also unveiled plans for three data center GPUs for the AI and HPC markets, which Intel executives say will be competitive against Nvidia and AMD.

The first GPU, code-named Ponte Vecchio, is being sampled by a limited number of customers and will be released sometime this year, the company said. In fact, the Sapphire Rapids Xeon processor and Ponte Vecchio GPU will power the new Aurora exascale supercomputer at the Argonne National Laboratory.

“Ponte Vecchio really has been designed for this convergence between HPC and AI…. We feel it will compete very well from a standalone performance standpoint,” said Jeff McVeigh, vice president and general manager of Intel’s Super Compute Group during a recent Intel Chalk Talk. “We are new to this high-end GPU space and HPC and AI world, so we’ll also make sure that it’s delivering great TCO to our customers.”

After Ponte Vecchio, Intel plans to release two other GPUs: Rialto Bridge and Falcon Shores. The Falcon Shores GPU, planned for 2024, will feature a new architecture that will combine an x86 CPU and a GPU into a single socket, which will bolster performance.

Intel’s Falcon Shores combined CPU and GPU is similar to what Nvidia is doing with its Grace Hopper Superchip and a strategy that AMD will pursue as well, Krewell said.

“The goal is to bring the CPU and GPU closer together for accelerated compute,” he said. “By having them in the same package, you cut down on latency, and with shared memory, you get performance benefits.”

Furthermore, Intel also plans to jump into the DPU space, which offloads network, storage and security functions off of CPUs, enabling faster application performance. Intel calls its DPU an IPU and is collaborating with Google Cloud to build its first ASIC-based IPU, code-named Mount Evans.

The company also sells FGPAs, which Intel got from its Altera purchase in 2015, and this year, Intel introduced new AI chips for training and inferencing, technology acquired from its 2019 purchase of Habana Labs.

“Intel is basically going after the data center market with everything it’s got,” Krewell said. “They’ve pretty much gone with a shotgun approach and offer every type of solution for the data center, so customers can find a solution that works for them.”

Intel Weighs in on Its Road to Success

Gelsinger said last week that Sapphire Rapids offers better performance than AMD, but it’s not a dramatic advantage, and as a result, Intel will still lose market share in the CPU server market through 2023. He reportedly said the company will begin regaining market share in 2025-2026 with its processor code-named Sierra Forest.

Analysts say don’t count out Intel. In the GPU market, Nvidia and AMD have a strong GPU lineup and mature software libraries. In contrast, Intel’s efforts are in its infancy, including its OneAPI software development environment.

“Intel has a long way to catch up to the competition here,” Sukumaran of Omdia said. “Intel has to have a strong differentiation, either in performance or in ease of development for broad acceptance of its GPU.”

The Ponte Vecchio GPU and its successor Rialto Bridge are targeting AI and HPC workloads, which is currently a niche, but a strong and growing market, he said. The Data Center GPU Flex Series, which focuses on the media processing and delivery market, is a huge opportunity for Intel because of the explosion of streaming media and online gaming consumption in a post-COVID world, he said.

“It’s a very good opportunity and a lucrative market for Intel,” Sukumaran said.

As for the emerging DPU/IPU market, Intel is also a late entrant. But overall, Intel can capture market share throughout its product portfolio and rebound, analysts say.

“It’s a dynamic market. Therefore, it’s open to new competitors,” Krewell said. “Just like the server CPU market, where AMD came in late and stole market share. The market is dynamic enough for new entrants to come in and make a difference.”