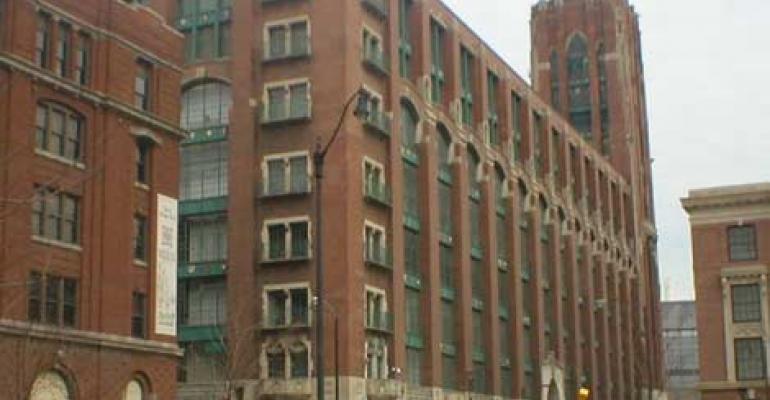 Rich Miller
350 East Cermak in Chicago is a key hub in the region's digital economy and one of the most connected buildings in the country.
Business

The state with the third largest data center market in the U.S. will soon exempt data centers from paying sales taxes on equipment used in the facilities.

It appears Illinois is going to join the list of states offering tax incentives to entice data center operators to build in their jurisdictions. The incentives were added to the state’s $45 billion capital spending bill over the weekend and now await the signature of Governor J. B. Pritzker to become law.

The measure exempts qualifying data centers from having to pay state and local sales taxes on the equipment in the facilities, and includes everything from cooling and heating equipment to servers and storage racks. To qualify, a data center must spend at least $250 million on the facility and employ at least 20 full-time employees over a five year period. In addition, it must prove it meets a green building standard, such as LEED or Energy Star.

Although the state's largest city, Chicago, is home to the country's third largest data center hub by power capacity, in recent years the city has seen large data center complexes being built in neighboring states that have tax incentives similar to what Illinois plans to soon be offering.

"Google, Facebook and Microsoft have built millions of square feet of data centers right over the border in Altoona, Iowa," Andy Cvengros, SVP and co-lead of the Midwest data center practice at the commercial real estate firm JLL, told Data Center Knowledge. "In Columbus, Ohio, they've done the same thing. A lot of that is because the tax base here has been pretty expensive."

He pointed out that Chicago has a sales tax rate of 10% "whereas they're getting it free in other areas." Those areas include not only nearby states, but locations like Northern Virginia and Dallas-Fort Worth, the only two data center hubs in the U.S. with more capacity than Chicago -- and which seem to be getting data center dollars that might otherwise be bound for the windy city.

"They're spending several billion dollars in infrastructure, so it does make a massive difference," Cvengros said. "We've had multi-tenant and enterprise clients actively going out and searching for low cost markets. They're looking at low cost power and tax incentives, so Ashburn, Virginia; Dallas; and Phoenix have all seen quite a bit of activity because of the incentive legislation in those markets."

At present, 30 states are offering tax incentives to lure data center development, which is proving costly for states not offering incentives. According to a report issued in January by the Illinois Chamber of Commerce Foundation, and sponsored by Equinix, Digital Realty, QTS, and others, the Northern Virginia market experienced 16% growth between June 2017 and June 2018, a period in which the Chicago market grew by only 7%.

How much did this slower growth cost? As an example, the report cited a $1.3 billion data center slated to go online in 2020 that Apple is building in nearby Waukee, Iowa, saying that if it were built in Illinois, it would create about 3,360 jobs, over $200 million in labor income, and produce more than $520 million in economic output.

"That much economic activity would generate approximately $66.7 million in tax revenue, of which $20.2 million would be state and local tax revenue," the report said.

Cvengros thinks that because the area is otherwise competitive, when the incentives become law it'll level the playing field. In the Chicago market, he said, cost of real estate, power by the kilowatt, and colocation spaces are "as cheap or cheaper than most of the major markets."

"If you compare Ashburn or Dallas, we're equal on that front," he said. "In terms of cost of power, we're six-and-a-half cents out of the gate -- if you build your own substation, five-and-a-half cents -- which is actually cheaper than Ashburn by about a cent-and-a-half."

Even ahead of the governor's signature, the new legislation seems to be having its desired effect.

"As it was becoming promising that it was going to pass, we started getting quite a bit of inquiries," Cvengros said, "basically people hitting us up for property availabilities, capacity, and everything that comes with a standard search. We've seen quite a bit of activity as of late."

Included in the tax incentive package is an additional provision giving a 20% income tax break to new data centers built in high-poverty parts of the state, but it's unclear how important that dangling carrot will be to data center developers.

"They haven't yet expressed any designation for locations or qualifications for meeting such levels," he said. "I'd say most data centers want to be in and around the O'Hare area and downtown. They generally aren't wanting to be in the central part of the state, in the farm area, because power is just very difficult to get down there and there's not a lot of fiber connectivity."

Illinois's governor has already indicated that he intends to sign the bill into law. Without his signature (or unlikely veto), the bill will automatically become law in 60 days. The tax exemption will be in effect for 10 years, and can be renewed by the General Assembly.