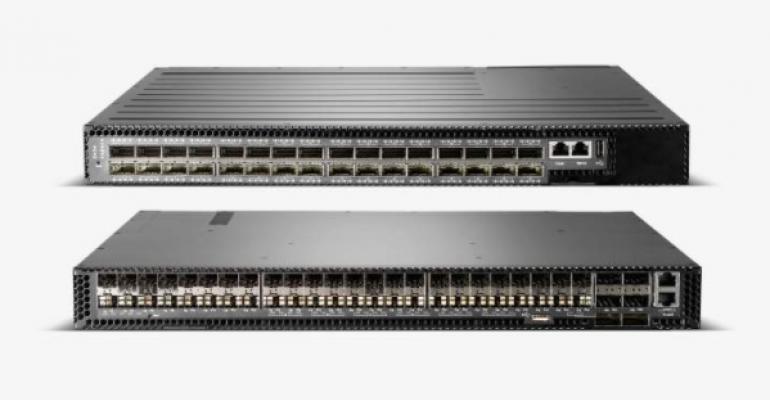 The companies on Tuesday announced that HPE will resell Big Switch’s Big Cloud Fabric and Big Monitoring Fabric on three models of its Altoline open networking switches: the Altoline 6960, 6941 and 6921 switches.

Big Cloud Fabric is Big Switch’s flagship software and allows cloud service providers, enterprise data centers and other customers to implement SDN. Big Monitoring Fabric is a network packet broker that allows IT administrators to monitor and secure their networks.

“[HPE] is obviously another significant player in IT infrastructure for data centers, so this will help Big Switch grow its presence in the marketplace,” Casemore said. “They’re already on a good growth trajectory, and this will help expedite that.”

Big Switch tackles the market with an SDN controller that offers a single pane of glass to operate and manage the entire fabric as one logical switch. According to company executives, Big Cloud Fabric has built-in integration for VMware software-defined data centers, Red Hat OpenStack clouds, and Kubernetes/Docker container environments.

Companies with hyper-scale data centers, such as Alphabet’s Google, Amazon Web Services, and Facebook, pioneered the use of the disaggregated model, in which they purchased whitebox switches from an original design manufacturer and used open-source software or their own internal software to perform network orchestration and management, he said.

If done right, it lowers capital expenditures and increases operational efficiencies while providing IT administrators with the flexibility, agility, and automation they need to effectively manage their networks, Casemore said.

“Big Switch is taking the SDN practices used by the cloud giants and bringing them to the other 99 percent,” he said.

Big Switch chief marketing officer Gregg Holzrichter said the company hopes to emulate the success that VMware had with server virtualization and be to networking what VMware was to the server space. With HPE in the fold, the company hopes to add more partnership with other hardware vendors in the future, he said.

“If you think back 12 to 15 years ago, when VMware was coming onto the scene and had a smart software layer and all the x86 server vendors partnered with VMware, we hope to do the same with networking,” he said.

As for the HPE-Big Switch partnership, HPE is only selling Big Switch’s products on three Altoline switches for now, but the two companies are continuing to do testing and HPE may add more switches in the future, Chitre said. In the meantime, both companies will work together to provide customer support, he said.