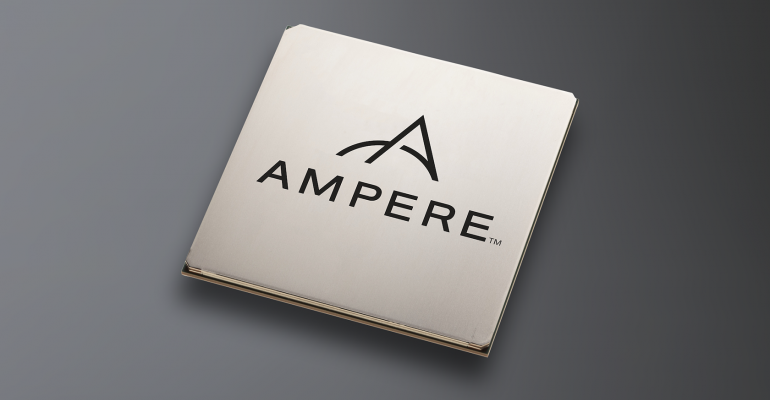 Former Intel president Renee James has joined the startup world and is returning to her processor roots with the launch of Ampere Computing, an ARM-based server chipmaker.

Although the company announced its “launch” today, it was formed in October and already has 250 employees. It’s also not a “startup” in the traditional sense of the word. Much of its technology was developed by AppliedMicro, one of the first companies to produce a 64-bit ARM server processor.

Semiconductor producer MACOM purchased AppliedMicro in early 2017, and then sold its “X-Gene” ARMv8 64-bit server-on-a-chip technology in October 2017 to Project Denver Holdings, a startup backed by The Carlyle Group. That business has been relaunched as Ampere, with new executive leadership headed by James, who serves as chair and CEO.

Analysts say James is perfect for the new role. In addition to the nearly three years she spent as president of Intel from mid-2013 to early 2016, she held several executive positions during her nearly 30 years with the chipmaker, including nearly a decade spent as executive VP and GM of Intel’s software and services group. She currently serves as operating executive of The Carlyle Group and sits on the board of Oracle and Citigroup.

“It’s in her DNA” to lead a tech company, particularly one focused on processors, said Shane Rau, IDC’s research VP of computing semiconductors. “She was at Intel for so long. She’s got technology and marketing prowess and the relationships to grow this business.”

“She’s got the name and the connections. Her experience and her recognition with the customer base will be a significant asset for Ampere’s ability to get into companies and into data centers,” he said.

To succeed, James and her executives will have to grab market share from the x86 server business – a market that she helped Intel dominate. ARM has plenty of room for growth. According to IDC, during the third-quarter of 2017, x86 chips from Intel and AMD captured 98.5 percent of the server market, while ARM-based systems made up only 0.3 percent of the market.

IDC’s Rau predicts that ARM-based server processors will gain market share in the coming years, reaching 9.9 percent in 2021. In the ARM arena, Ampere competes against Qualcomm and Cavium, the later being recently acquired by Marvell Technology.

“One thing holding back the ARM vendors to date was the ecosystem," Rau said. "Software operating systems and development environments were not in place. But we are entering the fourth-generation of ARM processors, and the vendors largely have that ecosystem in place. These new generation of products are more scalable in terms of power and performance. They could serve different functions and are more likely to find their niche in the marketplace.”

Ampere’s Sankaran believes customers are ready for more choices in the server processor market. “The feedback that we have been receiving from the industry itself is that the industry is ready for an alternative other than x86,” he said.

[link] In fact, last March, Microsoft Azure executives stated that they could foresee a future where ARM servers could provide more than half of the cloud company’s data center capacity, including powering cloud storage, Big Data, machine learning, search, index and other workloads.

Ampere executives said they have improved and added to AppliedMicro’s X-Gene processors they inherited. The company has developed a new 64-bit ARM server processor that features speeds of up to 3.3 GHz and 1TB of memory while using only 125 watts of power.

Sankaran said the 1TB of memory per socket provides 33 percent more memory in both bandwidth and capacity than the company’s closest competitors. In addition, other ARM vendors max out at 2.4 to 2.6 GHz, so at 3.3 GHz, Ampere’s performance is much faster.

“We differentiate by providing specific performance optimization that will give data center vendors higher performance, lower power consumption and a reduction in total cost of ownership. That’s our goal,” Sankaran said.

Customers – some of whom are Tier 1 data center operators – are currently sampling the product. It will be in production during the second half of 2018, he said. The new processor is targeted at the web tier, data analytics and storage. The company is currently designing new processors that are optimized for artificial intelligence and high-performance computing, he added.

“They have a solid product," he said. "Over 3 GHz is a good clock speed and 125 watts is very efficient. It’s got good price, performance and power. With the new design team and the new management team, they have a reasonable chance.”