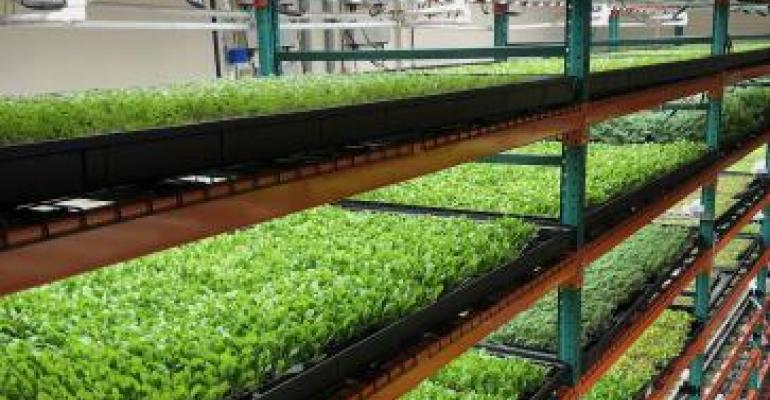 Image Courtesy of Fairfax County Department of Economic Initiatives
With an AFID grant from the Commonwealth and a match from Fairfax County, Beanstalk will expand its innovative vertical farm company.
Business

In unique trend reversal, local business gains ground that was once a data center.

With so much coverage of data centers’ takeover of land in Northern Virginia, some say it’s refreshing to balance in the array of businesses making up the region’s economy.

“This former data center is a smaller, older building that was deemed too small by prospective tenants,” said Wendy Lemieux, a spokesperson with the Fairfax County Department of Economic Initiatives. “It has had multiple owners since 2016 and this adaptive reuse was perfect fit for Beanstalk Farms' needs.”

Digital Realty sold the building in 2016 (at a $7 million loss according to reporting by The Register) to Netrality Group. The building then exchanged hands several times before being snapped up by Beanstalk, thanks to financial support from Virginia Governor’s Agricultural and Forestry Industries Development Fund.

The indoor, vertical farm will produce the equivalent of 50 acres of produce (fresh salad mixes, vegetables, and herbs) in a 70,000 square foot facility. The organization won Virginia’s STEM Catalyst Award in 2018 for their automated indoor growing prototype.

“We are pleased to support a project that blends agriculture, Virginia’s oldest and largest industry, with technology, one of the fastest-growing sectors of our economy,” said former Virginia Governor Ralph Northam. “Innovative entrepreneurs like Mike and Jack Ross [founders of Beanstalk] are demonstrating how STEM fields can help cultivate new techniques like hydroponics that make fresh produce more accessible.”