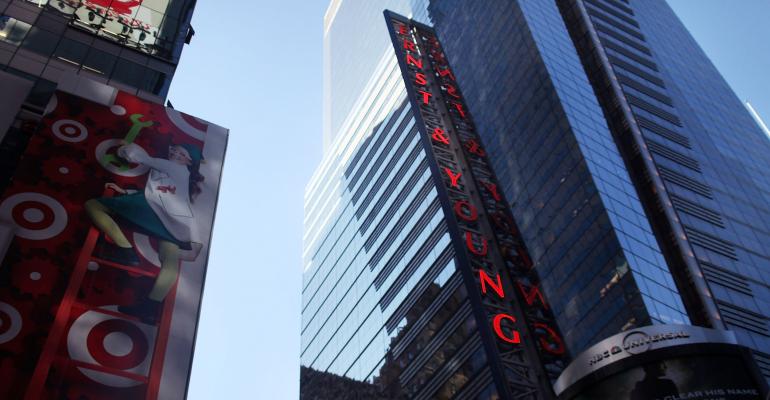 EY is among a bevy of financial groups looking to reinvest in new technology, with rivals such as Deloitte LLP and KPMG LLP all increasing the amount of capital allocated to technology projects ranging from AI to blockchain.

EY already spends over a $1 billion a year on technology. Globally, EY reported annual revenues of $31.4 billion for the ending June 30, 2017.

While a significant portion of the new investment will be dedicated to shifting platforms to the cloud, EY will also be building new technology, while supporting areas including its tax and financial crime businesses, Bianzino said in an interview.

Part of the capital allocation will also be available to help fund acquisitions. The group has been notching a number of tech deals. In July it acquired technology assets and patents of a crypto asset accounting and tax tool, and on Tuesday announced the takeover of a U.K. law firm that uses AI to help legal workers automate various legal tasks.

EY has been increasing the number of services it offers onto the cloud, as well as upping its investment into AI. Recently it has increased its investment in EY Absolute, a cloud based book-keeping service, and used machine learning to help correct tax code.

Not all clients, such as those in the defense industry, will want to move to a public-cloud platform, Bianzino said. EY will also continue to use Microsoft’s Azure cloud platform for its new projects.

EY has been working with Microsoft on applied blockchain technology to manage intellectual property, and has also teamed up with security company Guardtime to launch a marine-insurance product based on blockchain.