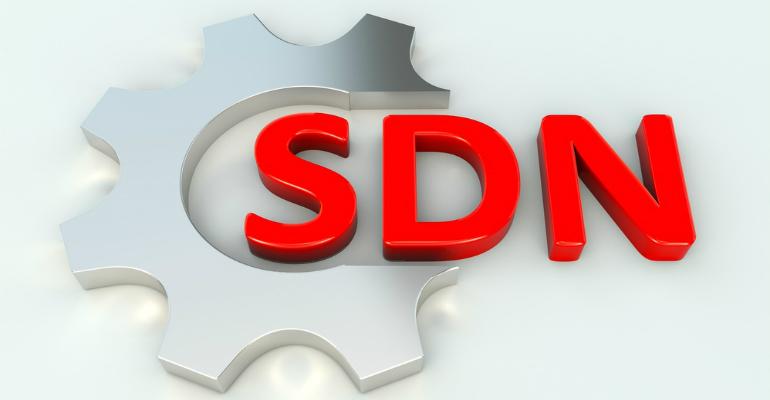 Now considered mainstream, the enterprise and data center SDN market is expected to reach $15.8 billion by 2022 — that’s up from $4.4 billion in 2017, according to the most recent Data Center & Enterprise SDN Hardware and Software Market Tracker from IHS Markit.

Additionally, new application requirements and new compute flexibility due to multitenant servers (VMs or software containers), migration off premises, cloud services, and adoption of micro-service application architectures are driving the need to automate the data-center network. And, network virtualization deployments are ramping up to enable automation in the data center.

Market leaders Cisco and VMware are vying for the No. 1 position.

“Cisco and VMware continue to trade places [as the market leaders], showing the choppiness of the market, which is depending how projects are going,” Cliff Grossner, senior research director and adviser, cloud and data-center research practice at IHS," told us. Today, projects are in the thousands, and not tens of thousands.

Data center SDN controller revenue totaled $1.2 billion in 2017, and is expected to hit $4 billion by 2022, when it will represent 17 percent of data center and enterprise LAN SDN revenue.

Looking at leaders in individual SDN categories provides a more complete view of the market, according to the report's author. White Box is No. 1 in bare metal switch revenue, VMware leads the SDN controller market segment, Dell owns 44 percent of  branded bare metal switch revenue in the second half of 2017, and HPE has the largest share of total SDN-capable (in-use and not-in-use) branded Ethernet switch ports.

SDN controllers for the data center also continue to add functionality, with increased support for interconnecting multiple on-premises data centers, and with support for interoperation between cloud service provider (CSP) data centers and enterprises as they build multiclouds. Other notable enhancements include features that support container networking and integration with container management software such as Kubernetes.