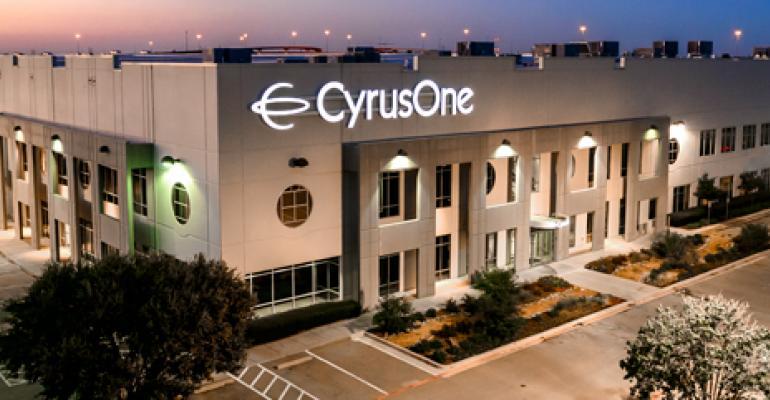 Does CyrusOne’s Choice of CEO Signal a Shift in Strategy?

CyrusOne chose an executive with deep roots in EMEA and hyperscale leadership as its new CEO. What does that say about the firm’s ambitions for future growth?

Nearly two and a half years after the resignation of its long-serving CEO Gary Wojtaszek, CyrusOne has made a bold staffing move it hopes will solidify the firm’s position in digital infrastructure leadership. The Dallas-based data center developer’s board of directors recently appointed Equinix’s former EMEA lead, Eric Schwartz, as CEO.

Related: CyrusOne Appoints CEO From Outside the Data Center Industry 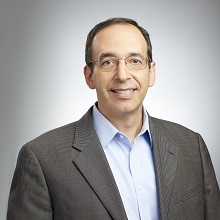 Schwartz spent the majority of his 16-year career at Equinix helming its EMEA operations before returning to the United States to lead strategy and development for the digital infrastructure giant.

Admittedly, leadership at CyrusOne has been less than stable. Since 2011, the firm has had no fewer than five CEOs (whether interim or “permanent”). Here’s a quick breakdown: 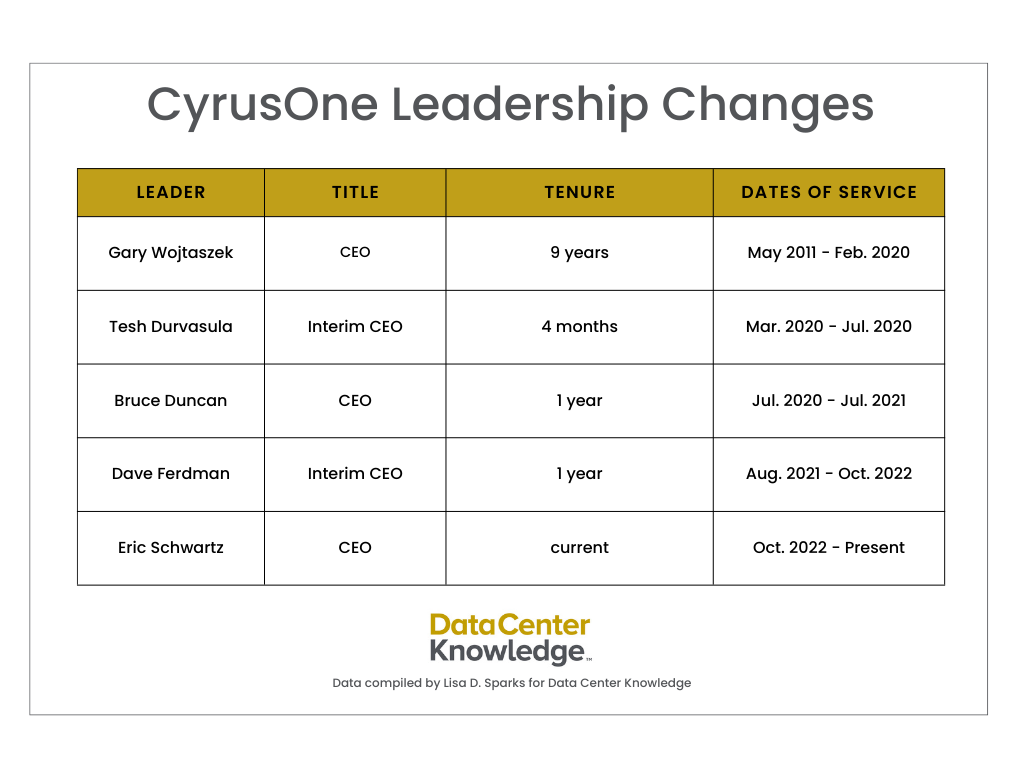 Will Schwartz fair any better leading CyrusOne? While the firm has substantial operations in Europe and the United States it has also weathered layoffs, a short season as a publicly traded company, and now as an investor-owned firm. While Schwartz takes the helm of a firm with its share of volatility, he remains optimistic about the future.

“I am thrilled to join CyrusOne to help accelerate the company’s growth and strengthen our partnerships with our customers,” said Schwartz. “Since the acquisition, Dave [Ferdman, outgoing interim CEO] and the leadership team have done a great job growing CyrusOne with an ambitious investment program and focused execution, and I look forward to joining the company and helping our team continue to achieve success.”

Schwartz replaces CyrusOne’s interim President and CEO Dave Ferdman, who served in both roles since July 2021.

“It has been my honor to help lead CyrusOne during the past year and through the acquisition. I am proud of what we have achieved, and I am excited for Eric and our entire CyrusOne team as we embark on a new era of expansion,” said Ferdman.

Here’s what KKR’s infrastructure partner Waldemar Szlezak said about Schwartz’s appointment: “Eric brings tremendous experience as a leader to CyrusOne, having served as an executive at Equinix for 16 years, including leading the EMEA region for over a decade, leading the development of data centers for large-scale customers, and playing an integral role as a member of the company’s global leadership team. We are thrilled he has joined to help lead the CyrusOne team as the business continues to scale.”