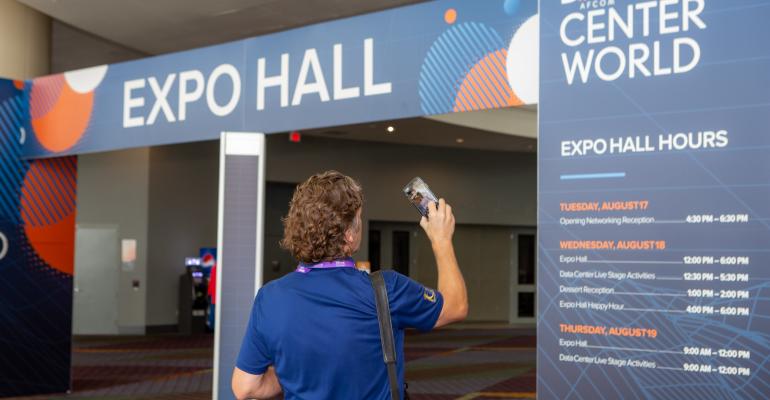 DCW 2022: Non-technological Factors Are Set to Define the Future of IT

In the future, social, political, cultural, climate and epidemiological factors will have a far greater impact on the direction of technology, suggests Ben Hammersley from Agathonic.AI.

When Ben Hammersley, founder of Agathonic.AI, took the stage for his Data Center World keynote on March 31st, his opening statement rang remarkably true; “Prediction is an impossible necessity.”

Anyone who operates or develops IT infrastructure has struggled with the challenge of planning for the future of technology as it applies to their business. Companies annually spend millions of dollars and uncountable person-hours in an effort to assimilate technology to keep their competitive edge; and understanding the main drivers for technological evolution is a key starting point.

In his program, Hammersley posited that, in the past, innovation in the technology industry itself was the key driver for adoption; a position that’s pretty accurate when you look at the remarkable advancements in systems we’ve seen for the last few decades. But the yardsticks that we traditionally used for technology, such as Moore’s law for CPUs, or Metcalfe’s law for networking, are no longer reliable measures for predicting the rate of change in the IT industry. Hammersley contended that in the future, social, political, cultural, climate and epidemiological factors will have a far greater impact on the direction of the adoption of technology than the advancements of the technology itself; and he used the worldwide Covid pandemic as a prime example of how non-technical factors can drive a massive change in the way we use technology.

There’s no doubt that Covid was a pivotal event worldwide, and Hammersley compared its impact to to the development of the “Andon Cord” at Toyota plants post WWII. The Andon Cord was a cord or button that ran the length of the Toyota assembly line, and anyone in production could, (and was encouraged to) pull the cord whenever something wrong was detected. This would shut the entire line down until the problem was diagnosed and fixed. Today, almost 70 years later, companies like Amazon still follow that same principle; based on the premise that it was far more efficient to catch production problems at the source rather than struggle to resolve them further downstream.

While it would be immensely satisfying to hit the stop switch on some of the projects that come up from time to time, it’s not often politically astute to do so; nor are there any clear indicators for when such an action would be appropriate. Aside from that minor problem, the idea that the long-term direction of technology can be projected by examining a number of non-technical factors in addition to the technical roadmaps can at least offer greater insights into the impossible necessity of prediction. The questions Hammersley believes you should be asking are things like: what will you reacting to, leading towards, enabling or preventing based on a different set of non-technical criteria; such as climate, environment, social justice, security, and resilience.

He wrapped up his program by pointing out the need for constant, legacy-free, reinvention as part of a long-term technical planning strategy. Again, this makes a great deal of sense, though the realities of business IT and corporate culture can make it difficult to be too forward-thinking. Other factors often have substantial control over the direction of technology adoption in business computing that have little to do with technology, such as: budget limitations, corporate politics, employee skill sets, job protection, and the resistance to change that remain a natural part of humans doing business. While these issues may never go away, simply knowing they exist and addressing the human element as part of a planning strategy can go a long way in finding long-term success.

In closing, Hammersley made some excellent observations worthy of mention that go a long way in expanding the range of our perceptions about reality.