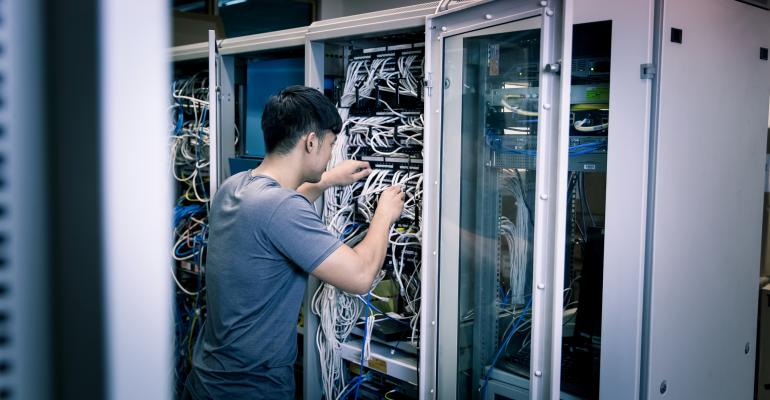 The IT industry remains bountiful for employees in the data center, with earnings growth well above the US national average. So why aren’t more job seekers jumping into this market?

One of the key indicators for job satisfaction in any industry is whether employees continue to earn higher salaries every year. As a benchmark, the latest report from the US Bureau of Labor Statistics notes that this January, average hourly wages for all non-farm employees in all industries nationwide rose 1.7 percent year over year.

By comparison, the data center industry may seem like a veritable gold rush. The 2018 Informa Engage Technology Salary Survey, conducted together with Data Center Knowledge, ITPro Today, and Channel Futures, reveals that 63 percent of data center and IT professionals polled received a salary increase that year, and 62 percent expected to receive a raise for 2019.

These figures are in line with the Labor Department’s estimates for pay growth in the IT industry, particularly in the upper-earnings tier.  According to CNBC, the median annual pay for CTOs and IT directors in 2018 was nearly $140,000, with the growth rate expected to be a vigorous 12 percent a year through 2026.

“There was a period of time eight or 10 years ago that annual raises were not taking place,” veteran data center manager Ward Wilson, who currently manages data centers for a major US airline, tells Data Center Knowledge. “But in the past four or five years, it has again become normal to expect some amount of annual pay increase. While pay and salary increases are not always the primary driver in job satisfaction, a consistent history of annual raises helps reinforce the feeling of being considered valuable, as well as a feeling that the company you work for is performing okay financially.”

The data center industry has a number of job components, some of which are based more around intellectual skills than others, as Datacenter People Managing Director Steve Brown points out. Here, the year-to-year salary growth patterns may be treated very differently from one another. For example, a job with direct responsibility for application performance (on one side or the other of DevOps) might be expected to yield considerable salary growth on a linear scale. By comparison, a more mechanical position – dealing with cooling, electric power, or construction – may grow at a slower rate … at least at first.

Leadership Can Translate to More Money

But when an experienced mechanical engineer gets the opportunity to lead a team of hundreds of other engineers, the sudden income boost may end up being worth the wait.

“One of the highest-earning roles I see in the data center industry,” says Brown, “is a construction project/program director. This is the person who has the ability to lead a team multiple-hundred strong, building out one of these facilities. The buildout has to be completed under significant time pressure, and has to be completed to quality standards that might not necessarily apply in other construction projects. Here again, you could say that is perhaps more about the intellectual side — that ability to inspire, motivate, make things happen, keep things on track.”

Pkaza Recruiting is a data center staffing agency that specializes in the construction and mechanical side of the industry. Its CEO, Peter Kazella, points out that Pkaza’s clients tend to look to factors outside of college education as qualifiers for the positions it fills.

“What people don’t realize is, you don’t need a degree to get into this market,” Kazella says. “You need to be qualified from a technical standpoint; you need to be mechanically inclined. But if you take training classes or courses and you get in on the ground floor, there’s a lot of people who do not have degrees in this industry.”

Military experience often becomes a factor in assessing candidates’ relative values, at least from the perspective of Pkaza’s clients. Kazella tells us that the process-oriented nature of data center jobs may be well suited for people who served in the armed services. “They know how to follow orders, process, and chain-of-command,” he says.

The staffing problems that data centers do face, including mismatches between an employee and her current role, could be alleviated through an improved and more rigorous training program, similar to what the armed services provide, Kazella says. The cost of entry may be kept minimal, eliminating at least the financial barriers to finding the on-ramp into this industry.