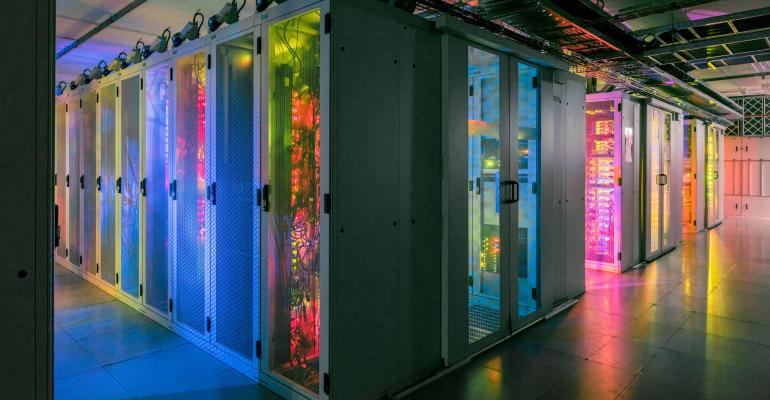 Editors look back at the year in a slightly different way than most tech savvy folks – we see the macro trends, but we also take note of smaller and under-the-radar pulses in our technology landscape. As I reviewed the 700+ stories we’ve published at Data Center Knowledge (so far) in 2022, here are the stories and topics that are really pinging either with our readers, in our email inboxes, or among the editorial team.

Below, find the rundown of our most compelling stories and what they might mean for the coming year.

Maybe I’m being biased with this Wylie Wang story VMware Customers Could Bolt After Broadcom Acquisition, as I personally edited it and wrote the headline, but our readers agree – this story broke in early June and is currently our most read story in all of 2022. What we didn’t know then was that VMWare’s actual exec team were about to bolt as well. It will be interesting to see what happens once all the bodies have hit the floor.

With AWS making up over 70% of Amazon’s profit, this early December story on the AWS outage caught a lot of attention from our readership and it’s no surprise; Amazon’s stock price is now half what it was earlier this year at its peak of 170 in January, hitting 85 in mid December. With outages impacting the bottom line and new data centers on the horizon, Amazon is scrambling to take control of the narrative in terms of reliability, scalability and sustainability. Either way, both investors and DCOs are keeping an eye on AWS availability in the coming year – and so will DCK.

Security breaches in the data center

Related: IT Operations and Management in 2022: Focus on Automation

With even the most luddite companies now embracing multi-factor, Maria Korolov’s report on Cisco, Uber, Twilio and others attacked through bypassing multi-factor authentication is exactly the wakeup call that IT leaders need. I’m certainly hearing lots of buzz in the dark channels about mitigation techniques and bad behavior picking up steam in 2023. Ouch. Watch yourselves.

When I talk about stories catching fire, this isn’t really what I mean, but in the editorial gambit, if it bleeds it leads. DCK has long been a resource for breaking news of fires in the data center – the latest of which being Google data center fire in Council Bluffs, Iowa, which left three injured and the Kakao and Naver data center fire in a community outside of Seoul. The OVH fire in 2021 was our leading story last year, so clearly the threat of fires in our off- and on-prem DCs are keeping us all a little on edge.

When Western Digital announced 26TB hard drives, it felt a bit like a throwback or a nostalgia play – why double down on spinning rust? But let’s face it – mechanical drives are still getting faster, and while they’re still slower than SSD, for most of us mere mortals, pretty darn fast is fast enough. And there are plenty of reasons why orgs would find SSD doesn’t fit their use case – long-term degradation the least of the concern. At the time we published this story, I raised an eyebrow and yet, our readers rubbernecked that story like crazy, so maybe mechanical drives really are here to stay (maybe?).

Contributor Steven Hill took a trip down the rabbit hole with hydrogen power as a cleaner alternative source of energy in places where solar or geothermal isn’t possible. It’s a fascinating thought experiment and we’re seeing hydrogen power come to fruition for several colos – this may be the place to double down for future disruption in the data center space. However, it is a hilarious plot point in the recent Knives Out sequel – that’s not how science works, Rian!

The Russia and China discussion

Dicey political landscapes are wreaking havoc in our data center ecosystem. From the United States sanctions impacting how China acquires hardware and connectivity, the chip shortage, to its Zero Covid policy locking down entire factories. Add on top of that the Russian sanctions, companies like Nvidia and SAP ending their presence within Russia, plus the resurgence of Russian cybersecurity thwarts and actual physical attacks on Ukraine, the data center industry has been reeling from the impact of these international rough waters. I don’t expect that there will be much changing in 2023 – expect more volatility in these areas for your data center landscape.

It’s hard to ignore the elephant in the room, and while I’m a big boggled that Meta/Facebook is still a relevant part of the data center conversation in 2022, here we are. The social media giant invested in new data centers in the US southwest this year, while also pulling back on the reins for some of its European initiatives, especially after facing legal action over data privacy. Kinda don’t know which way it’s going? Neither does Zuck.

Okay, I’m partial here, but DCW 2022 was a huge success. Not only was it many of our first time back on the conference show floor, but the learnings and takeaways from this event were flawless. Word here at DCK HQ is that DCW 2023 in May is going to be bigger, better, and offer more value than ever before. I’m definitely going to be there – come say hi at the news desk where our team will be working live, covering the announcements and highlights. I hope to see you there as well.