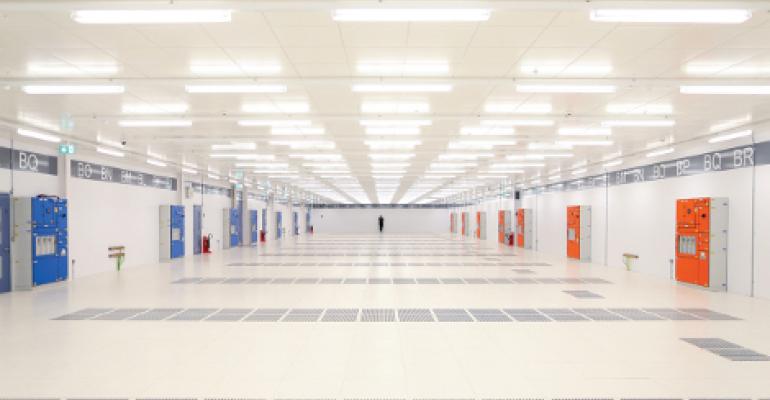 It is hard to believe that the first half of 2017 is already in the books.

Notably, this time last year data center REITs had run up by an average of 50 percent, which created a clear signal to take some chips off the table due to frothy valuations. The data center stocks gave back about half of those gains from July to November 2016.

This year the signals are somewhat more nuanced, with the six publicly traded data center REITs “only” returning 23.3 percent on average. Data center stocks have once again outperformed traditional asset classes such as office, industrial, and apartments, but they have already begun to pull back from 2017 highs going into earnings season. Many investors are on pins and needles, waiting to learn how the second half of the year will unfold.

Last year, Northern Virginia’s data center alley notched 113MW of wholesale absorption in just three quarters, prior to the US presidential election. Then the rug was pulled out from under the wholesale leasing table.

It will be crucial to learn which of the hyper-scale players are expanding with build-to-suits or pre-leasing massive data halls in powered shells. Both Dallas and Northern Virginia now appear to have plenty of supply. However, plenty of questions remain to be answered this quarter.

Will near-term uncertainty created by the announcement of Digital Realty Trust’s acquisition of DuPont Fabros Technology impact new customer lease signings? Could this announced but not yet consummated merger create an opportunity for competitors such as low-cost provider CyrusOne (CONE) and NTT Group’s RagingWire in key markets like Northern Virginia?

Read more: Why RagingWire is a Data Center Company to Watch

CloudHQ is another serious super-wholesale player in Northern Virginia. Hossein Fateh, who co-founded DuPont Fabros, is the principal behind the new provider. Fateh’s firm reportedly signed a 30MW-plus super-wholesale requirement last year with Microsoft and is rumored to have recently landed another massive deal with the same customer. The first CloudHQ data center designated MCC1, a 43.2MW state-of-the-art facility located in Manassas, Virginia, will be ready for service during summer 2017 to serve Microsoft, leaving just 8.2MW of available capacity, according to the company’s LinkedIn page, (there is zero public information available on the CloudHQ corporate website).

One of the reasons given on previous earnings calls for slow leasing during Q4 2016 was actually a “happy problem.” A lack of available supply in Tier 1 markets, including: Silicon Valley, Dallas, Chicago, and the engine that drives the wholesale leasing train — Northern Virginia.

Uncertainty surrounding the US presidential election was another reason given for the lack of enterprise leasing during Q4 2016. However, the lack of wholesale leasing by traditional enterprise customers during Q1 2017 potentially points to a different narrative for these data center stocks: the long sales cycle involved with hybrid cloud solutions.

Notably, except for DuPont Fabros’s success with its new Apple pre-leases, there was not a great deal of super-wholesale leasing reported by the publicly traded data center REITs during Q1 2017. Investors should keep in mind that the timing of when large wholesale deals are signed is notoriously lumpy.

Investors should also keep in mind that there have been some significant changes in the landscape during the past few months that are sure to affect data center stocks.

The latest seismic move has been the merger agreement between Digital Realty (DLR) and DuPont Fabros (DFT). The driving force behind that merger was Digital’s need to gain some super-wholesale market share in Tier 1 US markets, especially in Northern Virginia.

Digital Realty has over 2,300 customer relationships, while DuPont Fabros has less than three dozen. However, the DFT relationships with Microsoft, Apple, Facebook, and others have proven to be “birds in the hand,” as those hyperscale cloud businesses continue to grow over time.

Other recent seismic activity in the market:

CenturyLink (CTL) became the latest legacy carrier to exit the data center business to focus on its core network initiatives. The deal helps CenturyLink fund its blockbuster $34 billion acquisition of Level 3. Cyxtera Technologies, the new company led by former Terremark CEO Manuel Medina, acquired the CenturyLink data center portfolio to build on the platform with a focus on cybersecurity.

There has been quite a bit of private sector M&A activity, including:

While a rising tide tends to lift all ships, these sophisticated, privately held data center operators are looking to enter new markets and compete with the publicly traded REITs.

One key takeaway is that there is a tremendous amount of institutional capital looking for a home in the data center asset class. This includes sovereign wealth, insurance companies, hedge funds, pension funds, and private equity.

The Q2 2017 earnings prints and conference calls will be an opportunity for investors to learn how the publicly traded REIT sales funnels and deal pipelines reported during the past two quarters have translated into new booked-but-not-billed lease contract backlog. Given the time required to build out large data halls, if a hyper-scale lease has not been inked by late July or early August, it reduces the likelihood of impacting full-year 2017 results in any meaningful way.

The long-term outlook for data center REITs remains constructive, given the sector tailwinds of cloud computing, wireless, streaming video, IoT, big data, and AI. However, a lot of good news is already baked into the shares, as data center REITs have returned about 25 percent on average during the first half of 2017, if you include dividends.

Meanwhile, any sell-off due to disappointing Q2 2017 results could provide a potential buying opportunity for data center stocks — as long as the long-term narrative for the individual data center REIT remains intact.