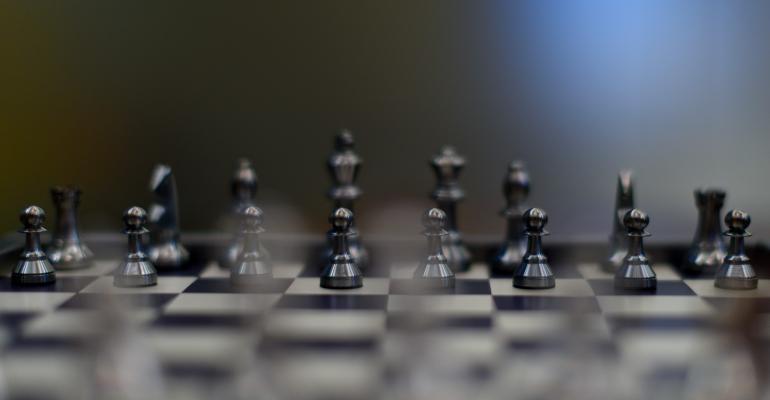 As the land market tightens in and around Ashburn, developers have to think creatively (and quickly).

There is a high-stakes game of strategy being played on the chessboard that is the zoning map of Loudoun County's “Data Center Alley,” in and around Ashburn, Virginia.

Imagine a combination of chess and musical chairs, where there are fewer squares remaining after each move. This game has been going on for years, so very few moves are left for the players today. And recently, the stakes have been raised even higher.

Earlier this year, Equinix paid $1 million per acre for a 34.5-acre assemblage of land adjacent to its original campus – ground zero for connectivity in Northern Virginia. This record amount paid per acre appears to have rippled through the marketplace.

It has raised landowner expectations for the price of developable land in close proximity to the Equinix campus that housed the original MAE-East Network Access Point. MAE-East was a carrier-neutral peering point that interconnected long-haul fiber backbones to help create the internet as we know it; it is what makes nearby land so valuable today.

On one side are the land owners, who have waited patiently for the supply of land suitable for data center development to become scarcer. They face off against private developers, cloud service providers, corporate users, and third-party data center landlords interested in purchasing large tracts.

In between, there are the hired guns – teams of real estate brokers and consultants. These local experts understand why the map is not necessarily the terrain. They leverage valuable market knowledge to help both sides profit from the Data Center Alley land rush. It is their job to help potential buyers compare the available options to understand the "true cost" of each potential move.

There are 12 sites either under contract or closed in Loudoun County as of August 2017, totaling approximately 500 acres. Nearby, in Prince William County, two large sites totaling 400 acres may be announced soon, bumping up the total to 900 acres, according to Sandlin. He believes strategic buyers that wait could be locked out of one of the most important data center markets in the world.  It is also possible that prices close to MAE East will soon exceed $1,300,000 per acre, he said. (Imagine a pin in the center of the red circle above.)

The Map is Not the Terrain

The two exhibits below help illustrate some of the options left for buyers looking for land close to ground zero, the intersection of Loudoun County Parkway and Waxpool Road. There are also sites further out which appear to have lower asking prices, but some of them don’t have fiber routes linking to the Tier 1 backbones. Others have challenges with drainage or environmental issues that must be worked out with county officials prior to beginning the preliminary site planning process -- critical to understanding how much buildable area is available to develop over time.

Companies looking to enter this market or expand existing operations there must think strategically to win the game. In most cases it involves expanding the game board. This might mean buying two or more parcels: one ready for immediate development and/or accelerated approval process, and a secondary site slated for future development to allow time for the entitlement process.

1)      Vertical development in the core of Ashburn: Land sites within Data Center Alley have become so expensive that vertical multi-story data centers will become an absolute necessity to be competitive. This may require approval for FARs (floor area ratios) higher than current zoning allows.

2)      Site assemblage/redevelopment: This means creatively assembling multiple buildings/properties to create a larger site. Sandlin believes there is a limited number of such opportunities, so time is of the essence. Basically, if you want to go this route, start thinking like a developer, or hire one.

3)      Increasing focus on emerging markets outside of Ashburn core: More reasonable land values are available in the emerging markets of West Ashburn and Arcola. These however will likely require a longer development horizon.

4)      Re-zone sites in emerging markets: This means incurring some re-zoning risk for land, but it also means having land available to meet data demand or build another data center campus outside of Ashburn.

Many firms are looking to Prince William County for "lower-cost value plays." However, Sandlin warns that waiting too long to pull the trigger could be a mistake there as well.

Wild Cards are Out There

There are parcels of land that have already been closed and recorded, rumored to be purchased on behalf of large technology companies. Evidently, plenty of non-disclosure agreements have been signed by members of the brokerage community, data center operators, and local government officials. Mum is the word, and the silence is deafening.

However, there is a consensus among brokers and data center operators interviewed for this article that there will be some upcoming announcements of large land purchases of 60, 100, and possibly over 200 acres over the next few months. Some of these projects have "code names" like Project Echo in Henrico County, and a rumored Project Scout closer to Ashburn.

I would expect announcements regarding strategic land acquisitions in Northern Virginia by large enterprises or cloud giants with household names in the near future. Alternatively, there may be intermediaries doing the heavy lifting and hammering out developer agreements required for entitlements, zoning approvals, and extension of roads, utilities, sub-station construction, and fiber routes required for these upcoming data center campuses.

This is a model successfully used by Amazon Web Services, which has utilized Corporate Office Property Trust (COPT) to perform these services in the past as well as a subsidiary named Vadata. (The Avison Young exhibit above notes Paragon NE, a 24.5-acre parcel to be developed by COPT for AWS.)

As Data Center Knowledge reported back in March:

A rezoning application has been submitted to Loudoun County for a 141-acre parcel of land within the Route 28 Taxing District. The rezoning application for 'Paragon Park' is consistent with 100 percent data center use and greater building density on the property, up to 1.0 FAR (floor area ratio).

Northern Virginia is the engine that drives wholesale data center absorption for many of the publicly traded data center REITs. In 2016, a record 113MW of wholesale absorption was reported in the region. Most of the cloud landgrab in 2016 involved multiple leases by Microsoft and Oracle. However, hyper-scale leasing has been muted so far this year.

Investors should watch for new leasing and/or development announcements by the hyper-scalers, including Alphabet’s Google and Facebook, between now and year-end 2017. This is when new capacity will begin to become available on campuses developed by Digital Realty Trust/DuPont Fabros Technology, CyrusOne, RagingWire, Iron Mountain, and other players.

If supply creates demand, we should see another cycle of large lease signings. This would accelerate the need for more land purchases -- a virtuous cycle. However, if some of the hyper-scalers were to purchase land near Ashburn, it would change the calculus for commercial data center developers. It could make the game far more complicated, with fewer winning moves.