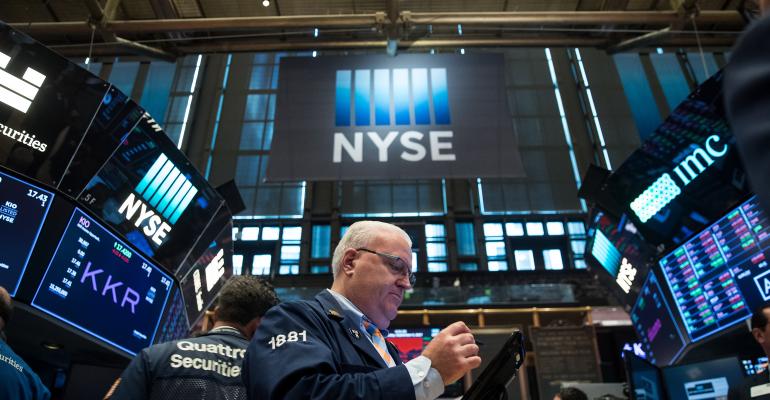 Is Moore's Law friend or foe? This is a fundamental question for investors in data center stocks.

The good news is history has shown that Moore’s Law is a friend, allowing operators to sell more power per square foot to customers as they upgrade with more and more powerful processors.

The exponential growth of global data has been, and continues to be, a secular tailwind for data center landlords. This growth has been supported by faster chips, optical networking advances, fiber infrastructure, and submarine cable deployments, which support the increase in global IP traffic and enable hyper-scale cloud deployments.

Last week at the Delivering Alpha conference, Chamath Palihapitiya, a veteran Silicon Valley VC and hedge fund executive, suggested that a super-powerful custom Google chip would make it possible for an RV with a rack of servers to "…basically replace seven or eight data centers."

On Monday, Seeking Alpha published my own rebuttal to Palihapitiya's narrative:

"The wildly popular Breaking Bad television series showcased the utility of RVs for manufacturing meth (while responsibly pointing out numerous risk factors). However, these vehicles are ill-suited as a digital factory on wheels, to replace a half-dozen or more data centers, designed to support current IT electrical loads."

The rebuttal article explains why demand for data centers is actually increasing, and details why investors should continue to hold on to their data center stocks.

"History doesn't repeat itself, but it often rhymes" – Mark Twain.

We’ve seen this movie before.

In 2004, Digital Realty Trust led the way by becoming the first publicly traded data center REIT. Since its IPO, this REIT Blue Chip has raised its dividend each year, including through the Great Recession. This is the type of performance that REIT investors crave.

Back in May 2013, Digital Realty shares were under siege after a hedge fund manager, Jonathon Jacobson of Highfields Capital, said at an investment conference that Digital was an expensive REIT and its shares should have been trading at $20.00. He advised investors to sell the stock short because the company allegedly relied on access to capital markets to fund its dividend, according to Bloomberg. "Pricing is going lower, competition is increasing, and the company is tapping into capital markets as aggressively as they can," he was quoted as saying.

DLR shares sold off on the news, but subsequent outperformance punished anybody betting against Digital Realty and prospects for data center growth. If you are keeping score at home, back then, Digital Realty shares were selling at $65.50 and yielding 4.8 percent, with an FFO/share multiple (EPS equivalent) of 12.6x.

Bullish Thesis, In a Nutshell

The global digital economy is based upon connectivity to cloud and colocation servers housed in data centers around the globe. It is a distributed IT architecture, where compute resources can be leased by the second with the swipe of a credit card.

Barring any changes in the laws of physics, data centers are a viable investment vehicle for at least the next five to 10 years, because hyper-scalers are signing leases for those lengths and longer.

Arguably, Microsoft, Alphabet, Amazon, Facebook, Apple, IBM, Oracle, Salesforce, and other technology companies employ some of the smartest engineers in the world.

Why do they continue to build and lease space in massive data center buildings? Why are these building getting larger, not smaller? These are questions investors should ask themselves prior to selling off data center stocks.

One of the reasons the hyper-scale cloud and SaaS firms are working closely with trusted third-party landlords is that it’s virtually impossible to forecast demand for their services. They also need access to network connectivity and ecosystems of enterprise customers found in multi-tenant data centers.

The publicly traded data center REITs have expertise and supply chains in place to build massive data centers faster and cheaper. REIT landlords also provide the capital and own land banks in top-tier markets. This has created a natural partnership between hyper-scale customers and a handful of third-party developers who can build to suit.

Meanwhile, the ability for REIT landlords to deploy new capital at double-digit returns, or ROIC, will continue to grow FFO/AFFO per share (REIT earnings and free cash flow metrics), which in turn drives data center REIT shares higher over time.