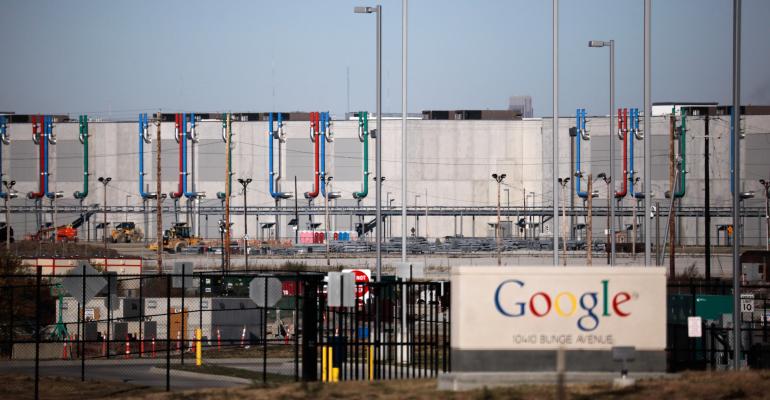 Data Center Site Selection: Why Midwestern US Is So Attractive to Hyperscalers

Lower costs, sustainability, connectivity, and a cooler climate are some of the factors that make the region an ideal site for hyperscale data center expansion.

Google plans to expand its Iowa data center, adding another $600 million to its $5 billion investment in its Council Bluffs data center complex, according to reporting from the Des Moines Register. Google lists 14 data center locations in the U.S., three of which are in the Midwest.

Earlier this year, Meta made a similar move, announcing that it is doubling the size of its DeKalb campus in Illinois, adding three more buildings to the two under construction and investing more than $1 billion. Meta has 10 operational data centers in the U.S. — three of which are in the Midwest — and another seven in development, of which two are in the Midwest.

“Economics is a primary reason for hyperscalers to expand in the Midwest,” said Alan Howard, principal analyst, colocation and data center building, at Omdia.

Power, for instance, is crucial for data center uptime, making it one of the chief cost factors for data center operators. “Power is more affordable in the Midwest, and we know hyperscalers, infrastructure providers, and large chip manufacturers expend a lot of power to keep their operations up and running,” said Michael Morey, president and CEO of Bluebird Network, a communications infrastructure provider and data center operator.

Add to that the tax incentives in major Midwest states, and the region becomes an even bigger draw for hyperscalers. In Illinois, qualifying data centers are exempt from having to pay state and local sales taxes on equipment in their facilities, while in Iowa, data center projects may receive refunds on sales and tax use. Other Midwestern states — including Indiana, Minnesota, Missouri, Nebraska, and Ohio — offer sales, use, and property tax breaks as well.

“Hyperscalers benefit from business-friendly communities in the Midwest, which are typically happy to have that kind of industrial business in their areas,” Howard said. “Labor rates are also competitive for both construction and data center operations, and the amount of labor required to operate a data center is low, so even in rural markets, skilled labor is rarely an issue.”

Urban spaces are limited by land area, and as such don’t offer much potential for further expansion. Rural areas, on the other hand, could have more readily available land, enabling hyperscalers to scale quickly alongside continuous growth.

Morey adds that “the price of land in the Midwest is more affordable than many other places in the country. We’re not immune to the price increases associated with the housing market, but we are traditionally insulated when you compare costs to the coasts.”

The climate also factors into data center site selection. Howard says that the Midwest’s “temperate climate is conducive to free cooling for much of the year,” which could lead to more savings in terms of power and cooling costs.

In addition, the region has a lower risk of experiencing natural disasters such as earthquakes and hurricanes. According to Tim Crawford, CIO strategic advisor at AVOA, the Midwestern region has a “central location away from disasters and their associated costs.”

The Midwest’s growing renewable energy portfolio makes it an attractive site for data center expansion. According to the U.S. Energy Information Administration, over 50% of Iowa’s total electricity net generation in 2021 came from wind — “the largest wind power share of any state” — while Illinois generated “more electricity from nuclear energy than any other state.” Solar energy comprises a small but increasing share of the region’s renewable energy source.

A Home for Less-Latency-Dependent Workloads

The midwestern United States continues to be an attractive site for data centers because of the growing strength in its connectivity infrastructure. Bluebird Network, for instance, has just gone live with its 13.63-mile fiber route expansion in Salina, Kansas.

Earlier this year, the company completed an 11.74-mile fiber route expansion in Waterloo, Iowa, while a new fiber route to Chicago is projected to go live by the end of 2022, with the expansions into Aurora and DeKalb, Illinois.

“High-quality fiber connections are spreading throughout the Midwest and services like dedicated bandwidth are absolutely necessary for hyperscalers,” Morey said.

For workloads where latency is less of an issue, hyperscalers can locate data centers where it makes the most sense economically. The economics of a rural area are enticing where latency is less of an issue,” said Howard. “There are many workloads that hyperscalers run that don’t need to be near the end customer, so they can build massive data centers and use them for applications that don’t require super low latency.” He cites archive storage of images for Meta, web crawling and indexing for Google, and inventory management for Amazon as examples.

Crawford echoes this sentiment. “You can build a data center in the Midwest and support not just Midwest clients but also East and West Coast clients. As apps become less sensitive to latency and more sophisticated at the edge, localized major data center locations become less critical.