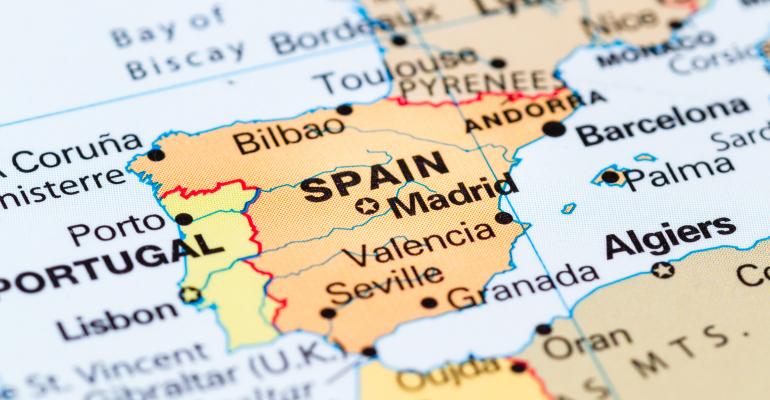 Data Center Site Selection: Why Colos and Hyperscalers Are Boosting Their Presence in Spain

For decades, the cities of Frankfurt, London, Amsterdam, and Paris (FLAP) have dominated the European data center sector. But Spain is quickly catching up — and cloud service providers and colos around the world are taking notice. They’re setting their sights on this side of the Iberian Peninsula as the Spanish data center industry continues to grow and thrive.

According to a Research and Markets report, “Spain is one of the leading secondary data center markets in Europe,” with Barcelona and the nation’s capital of Madrid serving as chief data center construction sites, and Madrid emerging as a high-investment location.

Related: Microsoft to Invest $1B in Data Center Builds in North Carolina

Spain is fast becoming a leading contender for data center site selection. Here are the most recent data center builds or announcement of builds in Spain: 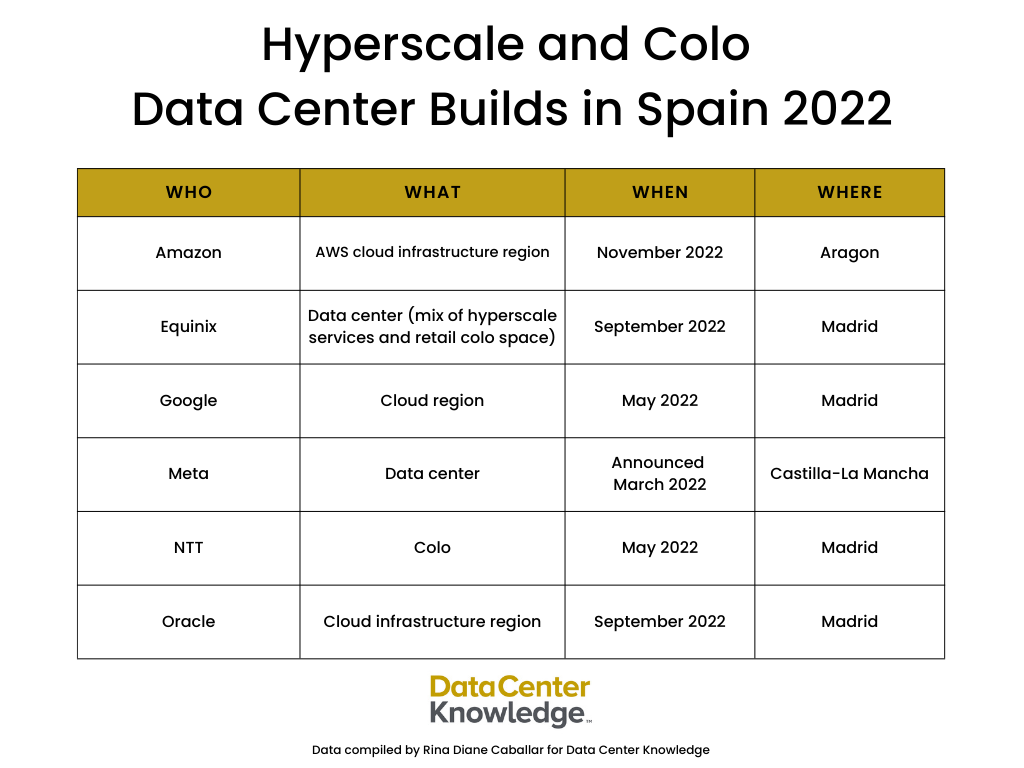 Why Spain is a hot spot for data center site selection

So what’s behind the spate of data center openings in Spain? For one, the country’s geographic location makes it an ideal connective bridge for the EMEA region, offering an advantage for data center operators thinking of expanding in those areas.

“From a strategic perspective, major service providers are looking to assure service continuity by geographically diversifying their operations,” said Chris Noble, cofounder and CEO of Cirrus Nexus, a platform helping companies manage the carbon impact of their cloud footprint.

Similarly, Spain’s data center industry is supported by the Spanish government’s digitalization initiatives. Digital Spain 2026, for example, sets out a roadmap to provide broadband coverage for 100% of the country’s population and promote 5G technology across the nation.

Moreover, Spain’s commitment to renewable energy could be a big draw for cloud service providers and colos that consider sustainability a top priority. “While other European countries are facing energy shortages due to the outbreak of war in Ukraine, there is still significant power capacity available in Spain, which also happens to be a large producer of renewable energy — a key sustainability metric for new data center builds, especially hyperscalers,” said Joe Capes, CEO of LiquidStack, a company providing liquid cooling solutions for data centers. The country is aiming for renewables to comprise 74% of the energy mix by 2030 and is looking to be carbon-neutral by 2050, “potentially making Spain one of the cleanest and least carbon-intensive data center regions in Europe,” Noble said.