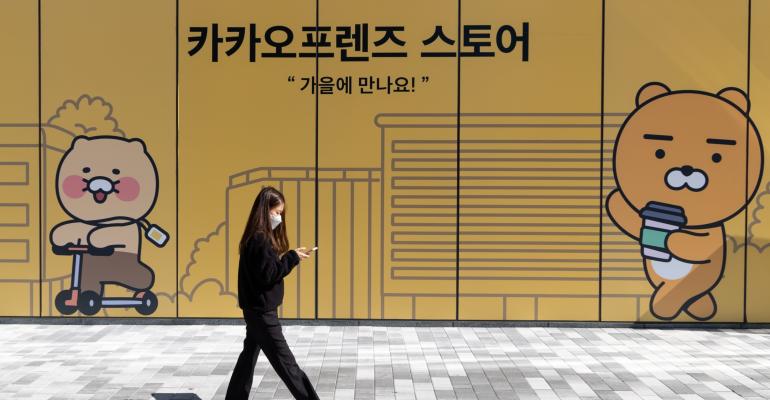 South Korea's major data center fire was said to be triggered by lithium ion battery failure. With the country being a major producer of these batteries, their economy faces even more uncertainty.

(Bloomberg) -- A major data center fire in South Korea that knocked out a wide range of key digital services for days — snarling banking, ride-sharing and online deliveries — is reigniting safety concerns in a nation that’s a key global supplier of lithium-ion cells used in electric vehicles.

Kakao users were left unable to hail a taxi, pay for groceries or chat with family members, disruptions which prompted the company’s co-chief executive officer to resign and led lawmakers to question the risks of concentrating too much digital power in a single entity.

Even with SK C&C, the operator of the data center, still investigating the cause of the fire, the incident has stoked a new bout of concerns over battery safety. That’s important for the electric car sector, given three South Korea-based companies — LG Energy Solution Ltd., SK On Co. and Samsung SDI Co. — rank among the top tier of global battery suppliers. 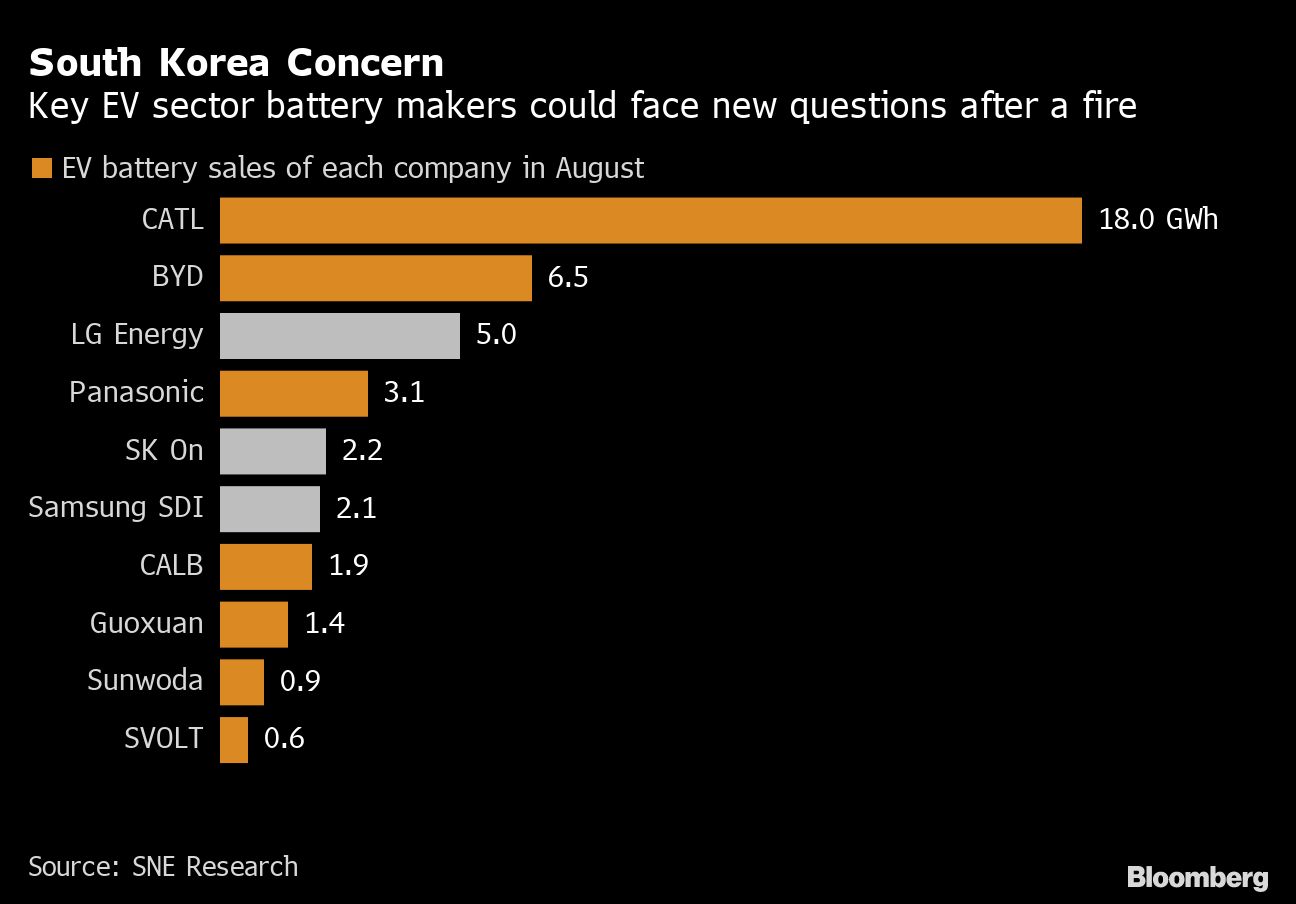 “Safety concerns are re-emerging over lithium-ion batteries, and the government needs to step in to prevent similar accidents from happening because once things go wrong with batteries, the impact is often unbearably significant,” said Lee Hoguen, a professor of automotive engineering at Daeduk University.

The latest fire could be a specific negative for SK On, a supplier to Ford Motor Co. and Volkswagen AG, which provided batteries at the data center that were intended to deliver backup power and prevent outages, according to Yoon Joonwon, a fund manager at DS Asset Management, which invests in the tech sector. SK On said it didn’t receive any alerts on its battery management system — which would indicate any problems, including changes in voltage or current — until the fire started at 3:19 p.m. local time.

A spate of fires at energy storage sites between 2017 and 2019 prompted intervention from the country’s government and manufacturers to boost standards, and is cited as among key factors which have hampered South Korea’s efforts to boost the share of clean energy in its power grid.