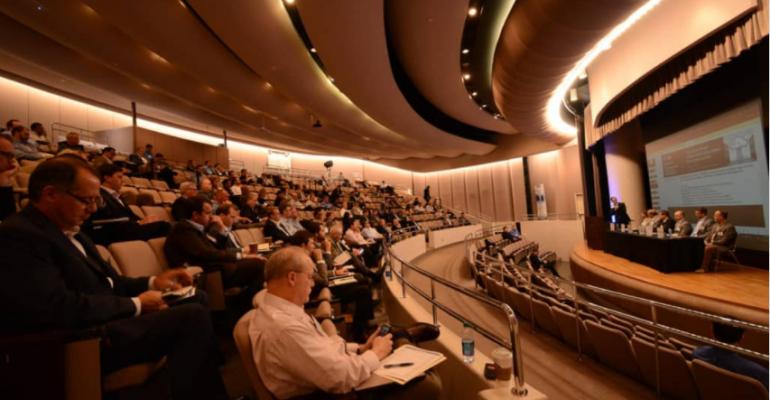 CapRate, a producer of data center industry conferences and other real estate-themed events, is suing one of its former employees and Bisnow, a competitor whom the former employee now works for, alleging that the employee has been using CapRate’s proprietary data to benefit Bisnow events.

According to CapRate, top management of Bisnow (who deny the allegations) gave the employee, Adam Knobloch, the greenlight to use the data while fully aware that it may have been illegal and a breach of an agreement Knobloch had signed with CapRate.

“In his final hours at CapRate, and in clear violation of his contractual promises to return all of the company’s files and data before his separation from employment, CapRate’s former Director of Business Development, Knobloch, logged onto the company’s servers and computer systems and stole thousands of CapRate’s most sensitive confidential and proprietary files, including lists containing the contact information of tens of thousands of customers and sponsors,” CapRate’s amended complaint, filed late last week in a New York district court, read.

A conference producer’s single biggest source of value is its database of contacts its salespeople use to get attendees to sign up for events and to reel in sponsors. Producers spend years building these databases through original research, networking, cold-calling, and purchasing contact lists from specialist data vendors.

Working as its director of business development, Knobloch had full access to all the data CapRate had accumulated over the years. Once he joined Bisnow, CapRate said, he started reaching out to contacts in the CapRate database he had allegedly stolen to win business for competing Bisnow events.

Seven-year-old, Hoboken, New Jersey-based CapRate, branded as CAPRE, puts on conferences on a variety of real estate topics, the bulk of them focused on data center real estate. Most of its events, each attended by several hundred people, are held in the US, but the company expanded to Canada and Europe in 2016.

Bisnow, which has offices in New York, D.C., and Los Angeles, publishes a real estate industry news site and puts on conferences similar in subject matter to CapRate’s.

In a statement emailed to Data Center Knowledge, Bisnow representatives called CapRate’s allegations “baseless” and the lawsuit “without merit,” saying the plaintiff had “chosen litigation over competition.”

“Bisnow and Adam Knobloch deny the claims and we believe that they are a flimsy attempt by CapRate to slow down a more successful competitor,” the statement read. The company said it would “stand behind” Knobloch, who’s been “an incredible addition to our international team.”

CapRate first sued Knobloch over the matter in October 2017. The amended complaint filed last week adds Bisnow to the lawsuit, as new information has surfaced since the original complaint was filed, indicating that Knobloch had been acting with the blessing of Bisnow’s C-level executives, a person familiar with the case who spoke on the condition of anonymity told Data Center Knowledge.

The amended complaint includes a copy of an email exchange between Knobloch, Bisnow COO Francesco De Camilli, Bisnow CEO William Friend, and former VP of finance, Michael Vigario, who is no longer with the company.

In the exchange, De Camilli tells the other two execs that Knobloch wants to pitch Bisnow event sponsorship to his “old clients” but has concerns that “emailing his clients breaches data-stealing policies from CapRates [sic].”

Vigario responds, saying he sees “no issue with respect to that agreement.” De Camilli then forwards the exchange to Knobloch, giving him the greenlight (“see below-- no issues from our end. let’s fire these out and get ahead”).

The emails were obtained through the discovery process that followed CapRate’s original lawsuit against Knobloch, the person familiar with the case said.

In the statement to Data Center Knowledge, Bisnow representatives said, “While it is unfortunate that CapRate has chosen litigation over competition, Bisnow looks forward to defending itself and telling our side of the story in court.”