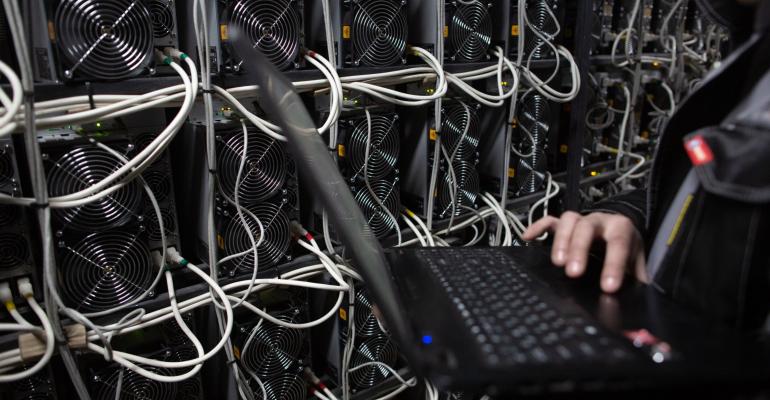 (Bloomberg) --Compute North Holdings Inc., which provides data center services for cryptocurrency miners and blockchain companies, filed for bankruptcy in Texas on Thursday.
Based in Eden Prairie, Minnesota, Compute North said it owed as much as $500 million to at least 200 creditors. The company’s assets are worth between $100 million and $500 million, according to its Chapter 11 petition.

Chapter 11 filings allow a company to keep operating while it develops a plan to repay creditors. The company filed bankruptcy to stabilize its business while it restructures under court protection, Kristyan Mjolsnes, Compute North’s head of marketing and sustainability, said in an email.

Compute North started in 2017 as a crypto mining operation, branching out into co-location services that provided low-cost power for data centers, according to the company’s website. In April, the company broke ground on a 300 megawatt co-location facility in Granbury, Texas.

The bankruptcy is the latest to hit the the digital asset space, where falling cryptocurrency prices and rising US interest rates have sent investors fleeing and triggered the collapse of lenders and hedge funds. Crypto broker Voyager Digital Ltd. filed for Chapter 11 protection earlier this year, while liquidators have been called in for bankrupt crypto hedge fund Three Arrows Capital.

Mining companies have faced renewed stress from low Bitcoin prices and soaring energy costs. A closely watched gauge of mining revenue dropped to a two-year low earlier this month. Compute North faced delays in energizing mining machines for its client Marathon Digital Holdings Inc. in Texas due to local regulations in the state.

Marathon has about 40,000 mining machines installed in the company’s West Texas facility, which has a roughly 280 megawatt capacity. Compute North also operates data centers in North Dakota and Nebraska, according to its website.