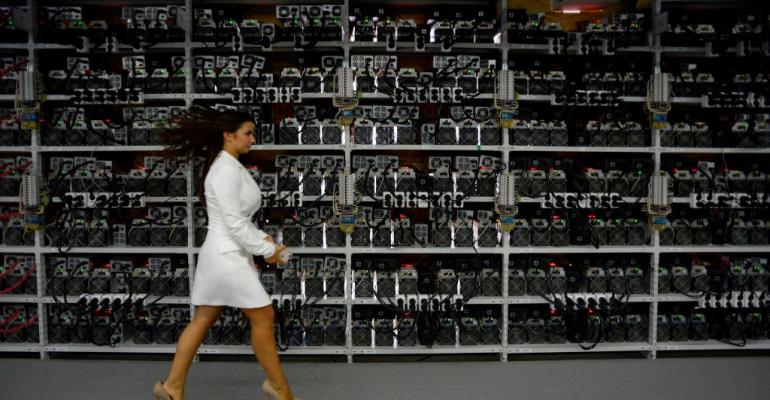 The Chinese firm wants to expand its grip on the industry by helping miners find optimal locations to host their machines.

Zheping Huang (Bloomberg) -- Bitmain Technologies Ltd. dominates cryptocurrency mining by selling the chips that generate most of the world’s new virtual coins. Now it wants to expand its grip on the industry by helping miners find optimal locations to host their lucrative machines.

The Beijing-based company announced Friday that it will launch a first-of-its-kind platform to connect crypto miners with data center facilities. The World Digital Mining Map will serve as an online hub for mining farm owners to tout their warehouse setup and capacity, with Bitmain’s support in areas like design and operations.

Dozens of mining farms around the world have signed up and hundreds more are expected to join the platform after it goes live in early October, said Bill Zhu, head of Bitmain’s marketing and sales division.

“We see this as an added service we provide to support the sales of our miners rather than a new revenue stream,” Zhu said in an email. “It’s also a part of Bitmain’s commitment to support and contribute to the whole cryptocurrency mining industry.”

Bitmain, one of the crypto world’s most influential players, might be able to use the site to hold onto customers. The six-year-old company’s fortunes have waxed and waned in close concert with the wild price swings of Bitcoin, the most well-known cryptocurrency, which affect demand for Bitmain’s mining rigs. While Bitcoin is still more than double its price at the beginning of 2019, it has endured a sell-off in recent days that took it back below $8,000, after briefly jumping above $13,000 in June and July.

Miners are constantly on the lookout for the least-expensive locations to set up shop, taking into account everything from electricity bills to rents and taxes. China’s growing intolerance toward the industry has also spurred local miners to scout for backup options overseas. The country is home to some of the world’s largest mining farms thanks to cheap electricity in its coal- and water-abundant regions. But over the past years several government watchdogs have issued orders or guidelines to shut down these facilities, with varying degrees of success. Bitmain, for its part, has been looking to set up mining farms in places like Texas and Quebec.

Bitmain is said to be considering a U.S. share sale, Bloomberg News reported in June, though the fundraising target could shrink to $300 million -- just one-tenth of what it pursued in an earlier attempt in Hong Kong. The company was valued at about $15 billion in a private funding round last year. Early backers include Sequoia Capital and IDG Capital.