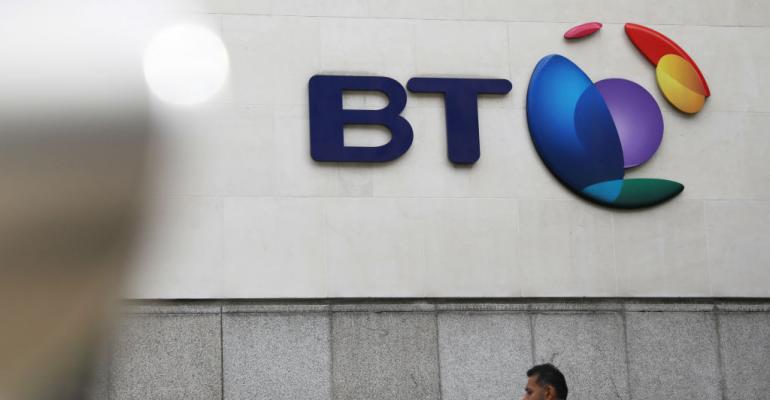 BT is pinning the future of its IT business on cybersecurity in a tactical retreat from storage and cloud services • The company recognized it could not compete with the likes of AWS, Azure, and Google Cloud • Global Services contributes a fifth of BT sales, but just 6 percent of earnings, and it’s struggled as customers increasingly abandon legacy telecommunications technologies

Thomas Seal (Bloomberg) -- BT Group Plc is pinning the future of its IT business on cybersecurity in a tactical retreat from storage and cloud services, where the former U.K. phone monopoly has been supplanted by the likes of Amazon.com Inc., Microsoft Corp. and Alphabet Inc.

The majority of investments at BT’s Global Services are now going to protecting a client roster of corporations and governments from hackers, unit head Bas Burger said in an interview.

“They are better at that stuff than we were, so we don’t participate any more in those spaces,” Burger said of the American giants that now dominate data storage and cloud hosting.

Burger has his work cut out for him. Global Services contributes a fifth of BT sales, but just 6 percent of earnings, and it’s struggled as customers increasingly abandon legacy telecommunications technologies. The 17,000-person division is now bearing the brunt of the 13,000 job cuts outgoing BT Chief Executive Officer Gavin Patterson instigated in May. Global Services has shrunk by about 800 people since then.

Analysts have speculated Global Services could be sold off entirely to help focus the sprawling carrier and pay down its extensive costs, which include a large pension deficit. But the division as a whole has strategic importance in helping BT stay linked with global multinationals, which makes it hard to remove from the wider group, said Burger.

He took the reins of the unit a year-and-a-half ago, after revelations of inappropriate accounting at its Italian branch prompted a shock writedown of 530 million pounds ($690 million) and an investor selloff, which saw a fifth of BT’s market value evaporate.

Burger declined to shed any new light on progress at the beleaguered Italy branch, which could be sold. The chief of Italian data company Retelit SpA said last month it had been in talks with BT.

Global Services now lures clients with what it calls a cloud-of-clouds strategy, talking up its footprint across 180 countries to hook together different networks and servers, allocating resources and providing security. Under Burger, Global Services has been forced to transform and competing directly on storage and data centers would be a losing battle, he said.

“We have decided not to emphasize” those services, Burger said -- “we rather hook into other people’s data centers” like Equinix Inc. and International Business Machines Corp.

Burger wants to focus energies on the 800 largest of Global Services’ more than 5,000 customers, and eventually become “a more asset-light organization,” he said.

In that vein, a Global Services subsidiary focused on small- to medium-sized German enterprises was sold to Bechtle AG last month. Talks to sell more assets are underway, said Burger, declining to elaborate. Meanwhile, some contracts in soon-to-be-outdated phone services will be allowed to expire without renewal, he said.

A low-margin, competitive environment has led European rivals to forge marriages of convenience. BT re-sells some cloud access from Deutsche Telekom AG’s T-Systems, and the German carrier reciprocates by selling access to connect customers to BT. Such frenemies could also be potential buyers of non-core assets, Burger said.

BT was recently in talks with an insurgent in Europe’s cloud market, Alibaba Group Holding Ltd. Although those discussions didn’t result in a partnership, one could materialize in the future, Burger said, because the Hangzhou-based internet giant would likely have the edge over U.S. rivals as an IT partner for Chinese companies looking to expand internationally.

For now, BT’s focus on cybersecurity offers a market largely protected from the U.S. tech companies, the Dutch executive said.

“Will they ever start competing with us? If we do not differentiate any more, if we don’t deliver good services, they might be tempted to,” Burger said. “But I don’t see that happening today at all.”