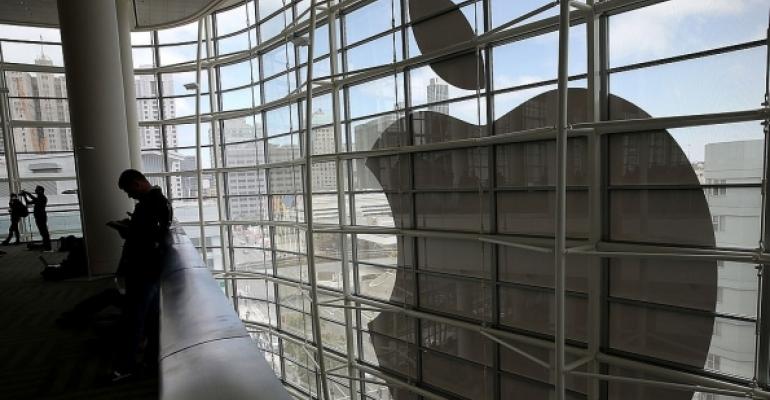 Said the bank: “The pace at which themes are transforming businesses is blistering, but the adoption of many technologies -- like smartphones or renewable energy -- have surpassed experts’ forecasts by decades, because we often think linearly, but progress occurs exponentially.”

(Bloomberg) -- Bank of America Corp. strategists just came out with a fresh list of what they call technology “moonshots” to help guide investors in their search for the next Amazon.com Inc. or Apple Inc.

From the sixth-generation telecom network that could download the entire collection of the New York Public Library in 20 seconds to wireless electricity, things that could radically change people’s lives are not far into the future as one might think, according to strategists led by Haim Israel, BofA’s head of global thematic investing research.

“Failure to identify future tech today could mean missing out on the next big revolution,” Israel wrote in a client note. “The pace at which themes are transforming businesses is blistering, but the adoption of many technologies -- like smartphones or renewable energy -- have surpassed experts’ forecasts by decades, because we often think linearly, but progress occurs exponentially.”

Getting earlier into the next big thing has been crucial for one’s success in stock investing. In the past three decades, just 1.5% of companies accounted for all the wealth created in the global stock market, BofA said, citing a study from Hendrik Bessembinder, an Arizona State University professor.

Meanwhile, incumbents are displaced at a faster rate because of accelerating innovations. Take the life span of S&P 500 companies for instance. In 1958, the average company lasted 61 years. That has shortened to 24 years by 2016 and is expected to be halved to just 12 years by 2027, BofA data show.

The firm’s predictions come amid a growing appetite for thematic investing that focuses on understandable and relatable narratives. Led by Cathie Wood’s Ark Investment Management’s products, exchange-traded funds based on a market niche have attracted $42 billion of fresh money this year -- surpassing the total inflows for the whole year of 2020, data compiled by Bloomberg Intelligence show.

Investing in early innovators often requires a strong stomach for losses, both in terms of the bottom line and stock performance. For instance, a Goldman Sachs Group Inc. basket of non-profitable tech firms in innovative industries tumbled almost 40% earlier this year and has yet to recoup half of the losses. And certainly, not everyone will be able to succeed.

To BofA’s Israel, the reward from investing in the stars of tomorrow isn’t insignificant. By his team’s estimate, the 14 technologies highlighted for the future currently represent only $330 billion in market size. Combined, they could increase 36% a year to $6.4 trillion by the 2030s. For context, profits from S&P 500 companies have grown 6% a year historically.

“These moonshots could transform and disrupt multiple industries, contributing to the next big cycle of technology-driven growth,” the strategists wrote.

Below is a list of the potential future technologies: