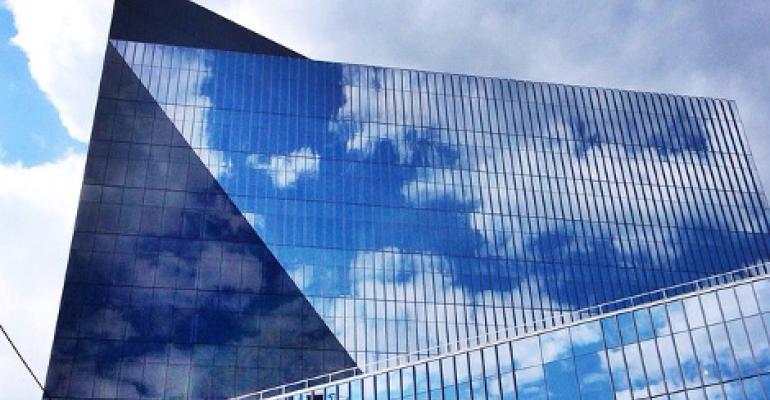 Lenders asked International Business Machines Corp. if it were possible to use the technology to also watch retail-banking salespeople, loan officers and other workers, according to Marc Andrews, a manager on the company’s Watson financial services team. Several of the biggest U.S. banks, as well as some regional banks, are testing the software, Andrews said. He declined to name them.

IBM trained Watson to collect information that could’ve helped detect problems at Wells Fargo, which said last week that employees opened as many as 3.5 million bogus checking and credit-card accounts for unsuspecting customers, even more than its original estimate when the scandal broke last year. Watson looks for suspicious logon patterns, unusual levels of unused products or accounts with mismatched contact information or email notifications that have been switched off, Andrews said. The artificial intelligence program, which understands human language, sifts through employee emails for trends such as managers pressuring workers to make sales, he said.

“Banks hadn’t been investing as much into this area until there was a big incident last year,” Andrews said, referring to the Wells Fargo scandal. “Right now, they know right away if an ATM is broken. But if there are trends emerging like a lot of people complaining about an account being opened that they weren’t aware of, how quickly does that surface up to the executives?”

The hit to Wells Fargo’s reputation triggered the interest in increased surveillance. Regulators slapped the San Francisco-based bank with $185 million in fines of over its sales practices. After a contentious congressional hearing, the bank’s chief executive officer departed and management was overhauled.

The increasingly powerful tools come with greater responsibility for the companies that use it, according to James Dempsey, executive director of the Berkeley Center for Law & Technology.

Speaking in general of AI, he said it can “clearly be used to enhance regulatory compliance and serve social goals like not ripping off your customers, or it can be used to actually drive troublesome conduct. It’s a question of how it’s used, and what is the ethos of the corporation?”

Banks’ compliance departments mostly use programs that detect banned words or phrases or predetermined trading patterns, Andrews said. That creates a flood of false positives to sift through. Watson, featured in IBM TV commercials and best known for beating a human champion at Jeopardy!, aims to narrow the search.

In June, IBM rolled out its trader-surveillance product, which scans correspondence, transaction and performance records to help uncover insider trading, collusion, price fixing, and pump-and-dump schemes. Watson, employing a form of AI known as natural language processing, can infer the tone of emails, chats and even telephone conversations, Andrews said.

The system combines that with a staffer’s established trading patterns and performance records -- was an employee unhappy with their latest bonus or disgruntled at being denied a promotion? -- to generate more accurate alerts, according to Andrews.

“We can see if there are various levels of anger, anticipation, disgust, fear, joy, sadness, or if they being overly aggressive,” Andrews said. “We identify those patterns and build a baseline for the employee, and we see when there’s variances in their communications, and that allows us to generate alerts that aren’t just keyword-based.”

Some correlations aren’t obvious. In the U.S., a trader’s use of profanity drops shortly before an episode of misconduct, Andrews said, as “maybe they’re trying to be a little more careful.” But in the U.K., traders tend to curse more before committing misdeeds.

IBM doesn’t break out Watson’s specific contribution to revenue, and at least one analyst has expressed skepticism that the AI program will meaningfully boost sales.

While it remains to be seen whether banks will lean on Watson, a competitor or their own internal efforts, it’s likely that they’ll use some form of AI.

“Banks have a huge challenge,” Ludwig said. “There’s so much data here, and getting on top of that in a sophisticated way is a great thing for them.”