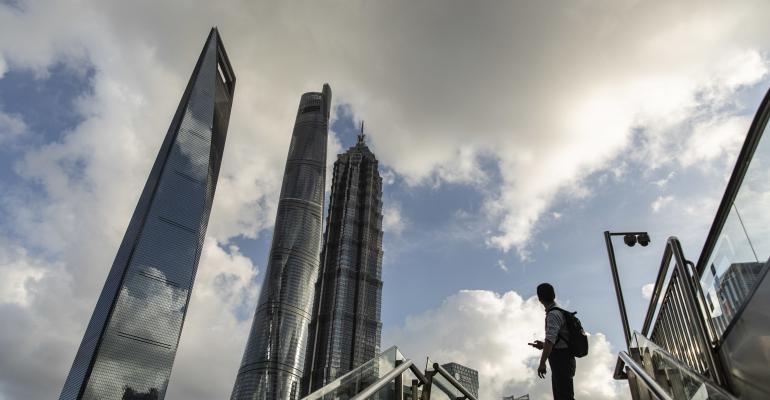 (Bloomberg) -- Chindata Group Holdings Ltd., a Chinese data center company backed by private equity firm Bain Capital, has received preliminary takeover interest from other firms in the industry, according to people familiar with the matter.

Shanghai-based GDS Holdings Ltd. is considering a bid to combine with Chindata, the people said, asking not to be identified because the matter is private. Rivals like EdgeConneX, backed by private equity firm EQT AB, could also weigh potential bids for the company, they said.

The stock surged as much as 18% in pre-market trading on Friday, its largest intraday gain in more than a month, setting it on course to pare the 68% loss it has suffered in the past year following China’s crackdown on technology companies. The market value of Chindata is currently pegged at about $1.6 billion.

Chindata’s board hasn’t yet considered any proposal, one of the people said. The buyout firm could decide to delay any transaction until Chindata’s stock price bounces back, they said.

Discussions are preliminary, there is no formal sale process and the talks may not proceed to a more advanced stage, the people said.

Digital infrastructure assets such as data centers became hot assets during the coronavirus pandemic thanks to demand from video streaming to online gaming. Investor enthusiasm for Chinese technology companies was blunted by regulators, whose campaign to rein in the industry flattened once-high-flying share prices. Chinese companies traded in New York have also been hit by tensions between China and the U.S. over auditing rules.

GDS, listed both in the U.S. and Hong Kong, has seen its stock drop about 60% in the last year, valuing the firm at around $6.1 billion. The company had previously explored a combination with GLP Pte’s data centers in China, although talks stalled over valuation, Bloomberg News reported in January.

EQT’s infrastructure arm bought EdgeConneX from an investor group led by Providence Equity Partners back in 2020. Founded in 2009, it is headquartered in northern Virginia, Singapore and Amsterdam. Last year, it made an investment in Chinese data center provider Chayora to access data centers in Beijing, Shanghai and potentially other cities across the country.