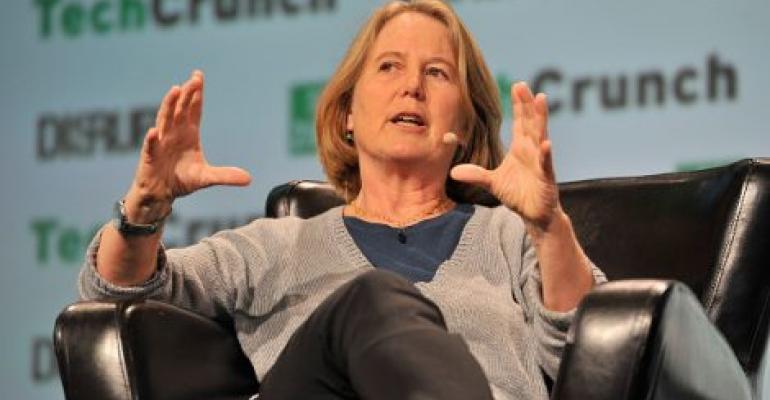 Not long after Google Cloud senior vice president Diane Greene said that in the next five years it could overtake Amazon Web Services (AWS) as the top hyperscale cloud provider, Google appears to be making headway on this promise.

Alphabet reported its Q2 2017 earnings on Monday, and while analysts were tripped up on the rising costs on its advertising side and the massive anti-trust fine, Google’s cloud business continues to hum along as investments in talent and infrastructure pay off.

In Q2 2017, Alphabet reported revenues of $26 billion, an increase of 21 percent on the same period last year. Google Cloud revenues sit in the “other revenues” category, which reported over $3 billion in revenues, a rise of 42 percent from Q2 2016.

Google’s ongoing focus on attracting enterprise customers to its cloud is starting to have a material impact on its earnings, according to second quarter results. Its enterprise cloud customers include Nintendo, Home Depot, Coca-Cola, and Spotify. Google CEO Sundar Pichai told analysts on Monday that Google Cloud Platform has a “diverse set of use cases across sectors and industries and geographies and so, I would say the breadth of what we have seen, it’s really surprised me.”

“Google Cloud Platform, GCP, continues to experience impressive growth across products, sectors and geographies and increasingly with large enterprise customers in regulated sectors. To be more specific about our momentum with big customers, in Q2 the number of new deals we closed worth more than $0.5 million is three times what it was last year,” Pichai said.

Ruth Porat, CFO, Alphabet and Google, said, “It’s obviously not a financial forecast but it does display the traction we are having with cloud in the market and GCP remains one of the fastest growing businesses across Alphabet, G-suite continues to have strong growth.”

Pichai added later in the call that the combination of G Suite and GCP is an enticing part of the pitch for enterprise customers. As is its expanding international infrastructure footprint.

“Responding to the growth in existing and new customers around the world, we continue to invest in datacenters to provide them the fastest most reliable service. We opened new Google Cloud regions in Northern Virginia, Singapore, Sydney and London,” he said. “We also continue to build out our partnerships, in Q2 we announced an expansion of our partnership at SAP and a new partnership with Nutanix to integrate their products with GCP. So customers can run workloads in hybrid environments, On-Prem and in the Cloud using containers and Kubernetes.”

Infrastructure is of course not the only investment that Alphabet is making in its Google Cloud business. The company added 1,614 people in the quarter, with its total headcount reaching 75,606 in Q2.

“Consistent with prior quarters the vast majority of new hires were engineers and product managers. In terms of product areas the most sizeable headcount additions were once again made in cloud for both technical and sales roles consistent with the priority we place on this business,” said Porat. “In R&D you can see the impact of the headcount increases in our priority areas particularly Cloud and machine learning and marketing spend similarly reflects the strategic priority areas we’ve delineated particularly hardware and YouTube subscription.”

While Google still has a long way to go to catch up to Amazon Web Services (AWS) — and Microsoft for that matter — investing in talent and infrastructure across its “Other Bets” seems to be part of its plan for the foreseeable future.

Analysts will be watching how these “Other Bets” will amount to tangible long-term growth for the business, and in particular are going to want to see machine learning investments improve products across its portfolio.