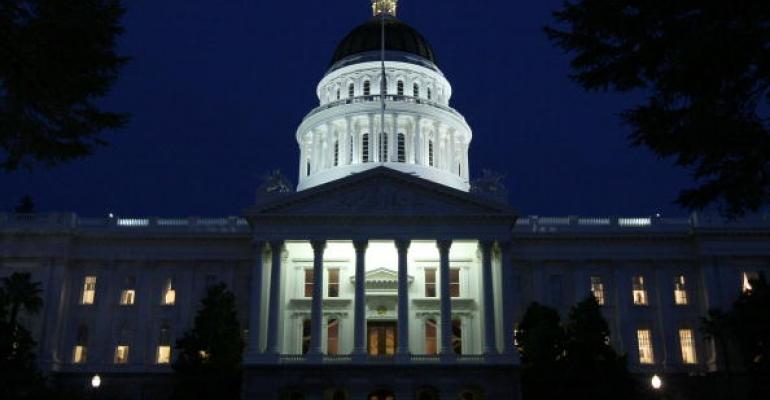 While about half of state governments have completed consolidation, many still have a long way to go.

State governments have made great strides in consolidating their data centers during the past decade, but more than half of them still have work to do before their consolidation efforts are complete, says the National Association of State Chief Information Officers.

A lot of progress has been made in the ensuing 10 years, and today, in 2017, 46 percent (23 states) have completed their consolidation efforts, including Kentucky, Florida, Pennsylvania, and Washington. Another 42 percent (21 states) said their consolidation work was ongoing, including California, Kansas, New York, and Texas, while the remaining six – Arkansas, Alabama, Idaho, Maryland, Rhode Island, and South Carolina – said consolidation was planned, according to a new NASCIO report titled Shrinking State Data Centers: A Playbook for Enterprise Data Center Consolidation.

Over the past decade, government agencies at every level – local, state, and federal – have pursued data center consolidation and optimization efforts to cut costs and run more efficiently. They are using technologies like virtualization to improve server utilization and to pool storage resources. They are also moving some of their applications to the cloud. This technology-enabled consolidation of data center resources results in reduced power consumption and cost savings.

Overall, data center consolidation success rate at the state level is better than that at the federal level, where a government-wide consolidation and rationalization effort has been ongoing for about seven years. The most recent report on the federal effort by the watchdog Government Accountability Office said that of the 24 agencies required to participate 17 could not meet 2018 consolidation goals set by the Office of Management and Budget, while 22 had made “limited progress” towards the goal.

Comparisons between overall consolidation efforts at federal and state levels aren’t apples-to-apples, however. Each state plans and implements its own consolidation plan, while the federal effort is centrally managed, with agencies receiving timelines and goals from the OMB, with general strategy and direction set by the CIO Council, which is chaired by a top OMB official.

“Almost every state is either consolidated or in progress,” NASCIO senior policy analyst Amy Hille Glasscock said in an interview with Data Center Knowledge. “Everybody is looking for savings, and while it’s an involved process, you will save money if you consolidate data centers. You will save energy and have a more secure platform if you have everything under one roof.”

For example, in Oklahoma, the state’s 111 agencies used to run and manage their own IT infrastructure. Bo Reese, the state’s CIO and NASCIO’s president, centralized IT operations and moved every agency’s applications and data into two primary data centers, including one for public safety.

Twenty-five Oklahoma agencies used to run their own email systems, but now, most have migrated to Microsoft’s cloud email service Office 365. The state’s Health and Human Services Department used to have its own 8,300-square foot data center, but through virtualization, the state was able to move 53 critical systems and consolidate HHS’s IT infrastructure down to six racks in the state’s new primary data center, Reese said.

Oklahoma’s consolidation effort, which took about five years to complete, will result in $328 million in savings and cost avoidance. “By unifying under a single enterprise, it’s much easier to manage and more cost-effective operationally,” he said.

And Reese plans to continue optimizing the existing data centers. For example, there are opportunities to become more efficient by moving some agencies off legacy systems, he said.

Virginia and Georgia have fully consolidated, but instead of managing the data centers themselves the two states have outsourced to third parties, she said.