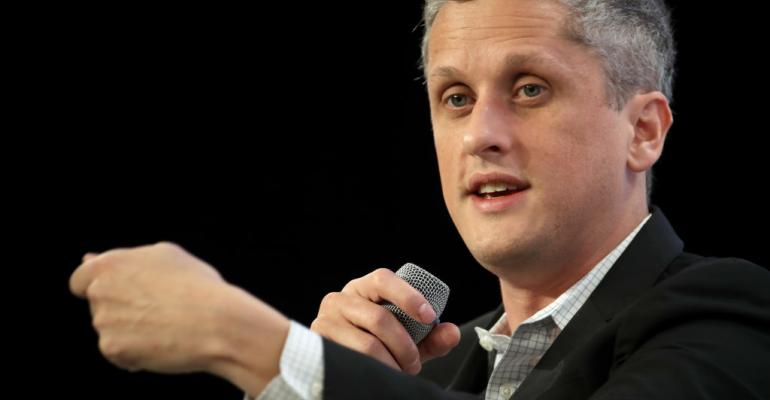 The hedge fund says Box hasn't narrowed its valuation gap relative to peers as it said it would two years ago.

Scott Deveau (Bloomberg) -- Activist investor Starboard Value has nominated a minority slate for the board of Box Inc. that will pit its nominees against Chief Executive Officer Aaron Levie and two other directors seeking re-election this year.

Starboard said in a letter to the software company’s shareholders it’s put forth four directors for the three seats to be voted on. The additional nominee will give Starboard some flexibility if Box expands the number of seats up for grabs ahead of the annual general meeting.

Starboard, which owns a roughly 8% stake in Box, said in its latest letter it invested in Box two years ago because there was a clear opportunity to drive profitability, improve capital allocation and enhance governance to narrow the valuation gap Box trades at relative to its peers. The New York-based hedge fund argues the company’s performance hasn’t improved sufficiently since then despite repeated promises by management and the board.

“In fact, the valuation gap has further widened during this time,” Starboard Managing Member Peter Feld said in the letter, a draft of which was reviewed by Bloomberg. “We believe opportunities for improvement still exist today, and our goal is to work with Box to help the company finally deliver on its promises.”

The Redwood City, California-based Box focuses on cloud content management and file sharing service for businesses, according to its website. Its customers include AstraZeneca Plc, General Electric Co. and Morgan Stanley, among others.

Starboard has a history of wanting CEOs of the companies it invests in to serve on their boards. If Levie, the company’s co-founder, was voted off the board, Starboard could seek to expand it to create a new seat for Box’s CEO. In addition to Levie, the Box directors up for re-election are Dana Evan, who has been on the board since 2011, and Peter Leav, who joined in 2019.

Evan is a former chief financial officer of Verisign Inc. and has served on the boards of Proofpoint Inc. and Domo Inc., among other tech companies. Leav, the CEO of McAfee Inc., also serves on that company’s board. Previously, he was CEO of BMC Software Inc. and Polycom Inc., as well as a Proofpoint board member.

Box said in a statement Monday that Starboard inaccurately depicted the progress it’s made on delivering profitable growth and improving corporate governance. Those efforts include separating the chairman and CEO roles and the addition of six new directors since 2018 with “significant public experience serving as directors and C-suite executives of multi-billion dollar publicly traded” software as a service companies.

The company said it continues to engage with Starboard but doesn’t believe additional changes to the board were necessary. It said it was on track for a revenue growth rate of as much as 16% by 2024 and operating margins of up to 27% over the same period.

“The Box board has been unified and unwavering in its commitment to acting in the best interests of all stockholders,” the company said.

Starboard’s nominees include Feld, who has served on the boards of several technology companies, former Intel Corp. Chief Marketing Officer Deborah Conrad, former AT&T Inc. executive Xavier Williams, and John McCormack, who was CEO of Websense and other tech firms. The nominees have vast experience across the technology industry and will work to ensure that the interests of all shareholders are of “paramount importance,” Feld said.

The activist investor said last week it intended to nominate directors without detailing its plans. The move comes one year after Starboard reached a settlement with the company that added three new directors. Starboard contends additional oversight is needed now.

Starboard said it was particularly concerned about two recent financing transactions that it argues were unnecessary, including most recently in April when Box agreed to issue $500 million worth of convertible shares to KKR & Co. and give the private equity firm a board seat. Box has said the proceeds from the deal would be used to buy back common shares. The securities issued amount to more than 10% of Box’s outstanding shares, and obligate KKR to vote along with any recommendations made by the board.

Feld said in the new letter that the transaction serves no business purpose, and in the face of a potential proxy fight with Starboard, it was done to “buy the vote” and dilute the voice of common shareholders.

“This transparent act of entrenchment by the board should not go unchecked and we believe indicates a clear need for common stockholders to strongly unite with a louder voice to protect the stockholders,” Feld said.

Box said last week the deal with KKR was the result of a strategic review overseen by a board committee, including the directors Starboard supported in 2020, and will allow shareholders to decide whether to sell down their stakes or participate in any upside potential with the private equity firm as a committed partner.