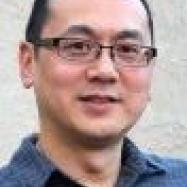 Wylie Wong is a journalist and freelance writer specializing in technology, business and sports. He previously worked at CNET, Computerworld and CRN and loves covering and learning about the advances and ever-changing dynamics of the technology industry. On the sports front, Wylie is co-author of Giants: Where Have You Gone, a where-are-they-now book on former San Francisco Giants. He previously launched and wrote a Giants blog for the San Jose Mercury News, and in recent years, has enjoyed writing about the intersection of technology and sports.

Survey: Most Companies are Failing at Cloud Cost Management
Feb 28, 2019
Cloud adoption continues to soar, but most aren’t using the services optimally.

VMware’s SDN Strategy Now Revolves Around Hybrid and Multi-Cloud
Feb 27, 2019
“This is the point in time when NSX-T becomes our lead platform for net new opportunities.”

IBM Research Wants to Have Next-Gen AI Chips Ready When Watson Needs Them
Feb 15, 2019
The company's researchers expect to improve AI compute performance by 1,000 times over the next 10 years.

Hong Kong’s Cloud Data Center Boom
Feb 13, 2019
As a network gateway between mainland China and the West, Hong Kong is a magnet for hyperscale cloud platforms from both sides of the gate.

Cumulus and Nutanix Team Up to Simplify Hyperconverged Infrastructure Networking
Jan 30, 2019
The partnership is the latest in a series of moves by HCI vendors to integrate networking into their solutions.

Carbon Relay Launches AI Software for Data Center Management, Raises Series A Round
Jan 29, 2019
The startup comes out of stealth with two products and funding by Foxconn and others.

Intel Steps Up Its Challenge to Nvidia’s AI Chip Dominance, with Facebook’s Help
Jan 15, 2019
Plans to release processors for AI training and inference; still emerging, the latter is expected to become a bigger market than the former.

AWS Is Coming to Enterprise Data Centers, With or Without VMware
Dec 17, 2018
In a departure from its previous strategy, AWS is going for the on-prem data center market. What does the move mean for its partnership with VMware?
Load More