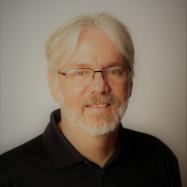 I served for 29 plus years in the U.S. Navy and retired as a Master Chief Petty Officer in November 2011. My work background in the Navy was telecommunications related so my hobby of computers fit well with what I did for the Navy. I consider myself a tech geek and enjoy most things in that arena.

My first website – AnotherWin95.com – came online in 1995. Back then I used GeoCities Web Hosting for it and WindowsObserver.com is the result of the work I have done on that site since 1995.

In January 2010 my community contributions were recognized by Microsoft when I received my first Most Valuable Professional (MVP) Award for the Windows Operating System. Since then I have been renewed as a Microsoft MVP each subsequent year since that initial award. I am also a member of the inaugural group of Windows Insider MVPs which began in 2016.

I previously hosted the Observed Tech PODCAST for 10 years and 317 episodes and now host a new podcast called Faith, Tech, and Space.

I began contributing to Penton Technology websites in January 2015 and in April 2017 I was hired as the Senior Content Producer for Penton Technology which is now Informa Tech. In that role, I contribute to ITPro Today and cover operating systems, enterprise technology, and productivity.

Retaining Productivity During Cloud Service Outages
Feb 11, 2021
Can employees remain productive when cloud service outages occur? We take a closer look at the impacts of outages – and what IT pros can do to mitigate them.

Interop Digital 2020: How Will You Spend Your 2021 IT Budget?
Dec 08, 2020
Omdia’s Director for IT Data Tools and Insights shared the results of a global research report that shows shifts in technology trends by industry. The survey is also timely in reflecting the impact COVID-19 and the...

10 Tools for Providing 24/7 IT Support to Remote Workers
Apr 02, 2020
Due to impacts from the COVID-19 coronavirus, companies have had to implement remote working for many of their users. While some organizations were ready for this move, others are playing catch-up. Here are tools that...

Microsoft Build 2020 Cancelled, Replaced with Virtual Event
Mar 17, 2020
In what seemed like an inevitable decision amid all the COVID-19-related cancellations these last few weeks, Microsoft Build 2020 will not happen in May as scheduled, the Redmond-based company confirmed.
Load More