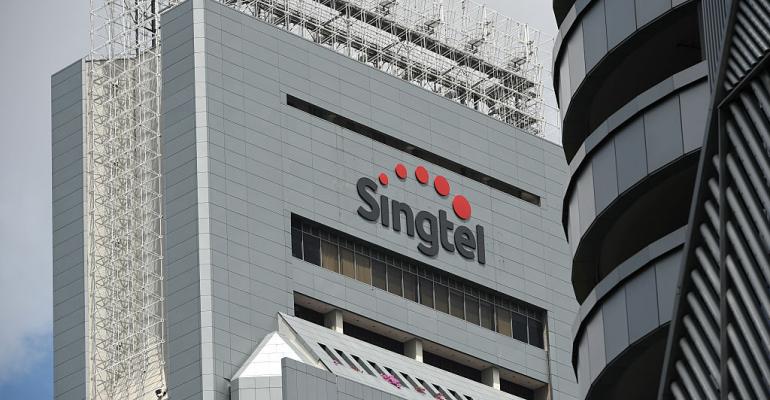 Singtel to Focus on 5G, Digitalization and Asset Sales in Revamp

It will look to unlock value in infrastructure assets such as towers, satellites, cables and data centers that may involve possible sales.

Abhishek Vishnoi (Bloomberg) -- Singapore Telecommunications Ltd. will sharpen focus on areas like 5G, digitalization and unlocking of value in infrastructure assets as part of its new strategic direction after Covid-related challenges and one-time charges nearly halved the company’s earnings.

The company plans to gain 5G market share in Singapore and Australia, as well as set up new units to benefit from ongoing digitalization in sectors including government, telecoms and enterprise, it said in a statement on Thursday. It will also look to unlock value in infrastructure assets such as towers, satellites, cables and data centers that may involve possible sales. Some of its investments have seen interest from suitors over the last two months.

Related: Facebook and Google Fund Subsea Cables to Link Singapore to US

“We are set on becoming a digital telco, providing easy access to a whole range of digital solutions encompassing connectivity, lifestyle and ICT,” Yuen Kuan Moon, Singtel’s group chief executive officer, said in the statement. He added at a media briefing that it would “take a couple of years to execute the plan and transform the company.”

The company’s net profit for year ended March fell 49% to S$554 million ($418 million) after factoring in net exceptional charges of S$1.18 billion. The telecom operator had announced earlier this month that it will book such a charge in its annual results. Its shares fell as much as 3.3%, the most since May 14, as of 9:30 a.m. in Singapore.

Group Chief Financial officer Arthur Lang told the briefing that the company aimed to get back to generating low-to-mid teen percentage return on invested capital in the next few years. The last time company generated that kind of ROIC was in 2018, according to Bloomberg data.

The new strategic direction marks the first major overhaul at Singtel since Yuen took over as CEO in January. It comes at a time when the pandemic has crimped mobile service revenue for some firms, while accelerating the use of technology and data globally as millions of people work online from their homes.