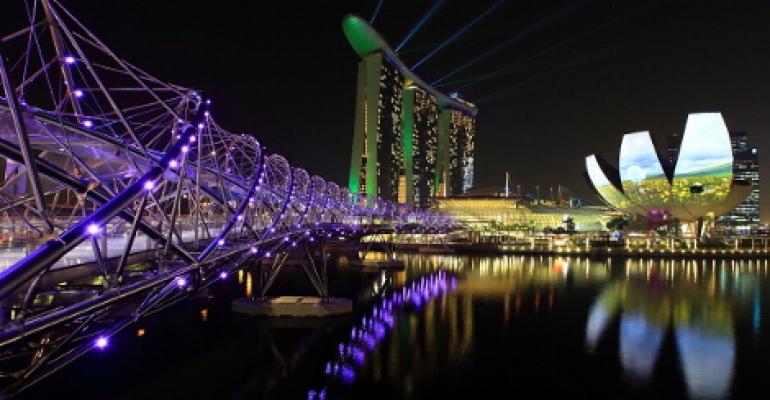 Singapore government has agreed to fund a research project by a local data center provider and a Chinese hardware vendor on designing and building underground and high-rise data centers, as the small island nation’s outsize data center industry faces a future marked by land shortages.

Because of its location and access to a large variety of submarine cables, the city state is one of the hottest data center markets in all of Asia Pacific. Things have been heating up even more in recent years, as hyper-scale cloud companies expand their global data center footprint, driving a shift toward bigger and bigger, wholesale data center leases in the Singapore market.

But there’s only so much land on the island, and if it is to remain competitive as a data center destination against its biggest rival in the neighborhood, Hong Kong (which is having serious land issues of its own), and several emerging markets nearby, such as Malaysia, Thailand, Vietnam, and Indonesia, it needs solutions. And aside from building floating data centers or submerging servers onto the sea floor, building up and building down appear to be the only options that don’t involve engineering around seawater.

“The exploration of alternatives to conventional above-ground data centers will open up new possibilities for land-scarce Singapore,” Keppel, one of the largest data center providers in Singapore, said in a statement.

Another partner is Huawei, the Chinese technology giant, whose role will be to provide “technological expertise.”

There isn’t exactly a shortage of land in Singapore today, so the partnership is more about preserving long-term market sustainability, Jabez Tan, research director at Structure, told Data Center Knowledge via email. A piece of land designated as a data center park in the island’s Jurong West territory, for example, is designated to support six to eight data centers, and only two builds have been confirmed there so far, he said.

Still, a smaller land supply in the future could stifle the Singapore data center market growth. Hyper-scale cloud providers, who are responsible for the bulk of recent deals closed by data center companies in Singapore, may not necessarily want to move into high-rise data centers.

According to Tan, both wholesale data center companies and cloud providers have told Structure that hyper-scalers prefer not to deploy large-capacity data centers in high-rise buildings because of risk and accessibility concerns. They may deploy smaller network points of presence in high rises, but not their many-megawatt cloud availability zones.

While their preferences may “evolve” as land supply in Singapore shrinks, “what could also happen is that the massive-scale clouds could potentially locate their large compute farms in adjacent markets with more readily available land, such as Malaysia, and use that to augment their existing deployments in Singapore to avoid being in high-rise buildings,” he said.