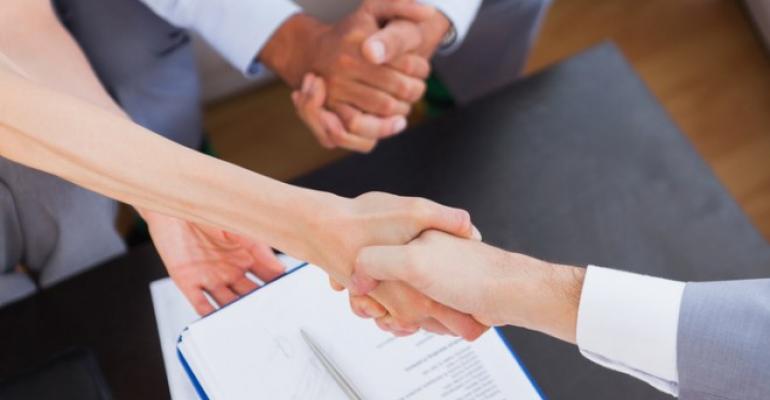 Cincinnati Bell will pay about 60 percent cash and 40 percent stock for Honolulu-based Hawaiian Telcom, while Toronto-based OnX will be bought with cash, according to the agreements. The combined company will have 14,000 route miles of fiber and access to an undersea cable connecting with Asia.

For the past decade, U.S. landline phone companies have lost customers to wireless providers and cable companies. This has created a rush by carriers like Cincinnati Bell, CenturyLink Inc. and Windstream Holdings Inc. to consolidate with an eye on amassing greater fiber-optic network capacity. These buried cables are expected to be the vital infrastructure needed to meet surging demand from businesses putting more data on the cloud, consumers streaming more videos, and wireless carriers handling more traffic with new fifth-generation, or 5G, networks in the coming years.

“Our focus for the past several years has been investing in fiber,” Leigh Fox, Cincinnati Bell’s chief executive officer, said in an interview. “We have a dense local fiber network but we were only growing slowly outside Cincinnati. With Hawaii and OnX, we’re creating a national player.”

The combined company will have a net operating loss, or NOL, tax credit exceeding $300 million, saving it from cash tax payments for several years, Cincinnati Bell executives said on a conference call Monday. The combination will also yield about $21 million in cost synergies over a two-year period, the executives said.

Cincinnati Bell’s revenue rose about 1.5 percent last year to $1.19 billion while Hawaiian Telcom’s stalled at $393 million. Both are predicted to see revenue fall by about 3 percent this year, according to estimates compiled by Bloomberg.

Hawaiian Telcom has about 500,000 customers in Honolulu and provides services to the other islands in the chain. The company was purchased in 2005 from Verizon Communications Inc. by Carlyle Group LP, the Washington-based private-equity firm, for $1.6 billion. The Hawaiian company restructured and exited bankruptcy in October 2010.

Under the agreement, Hawaiian Telcom holders will have an option of receiving $30.75 in cash for each of their shares — about a 26 percent premium to the June 7 closing price of $24.44 — or a combination of cash and stock in Cincinnati Bell.

OnX provides data storage and cloud services to businesses in North America and the U.K. The Canadian company is closely held and majority owned by Marlin Equity Partners.

The Cincinnati-based company’s geographic stretch into the Pacific isn’t as incongruous as it may seem, Fox said.

“You don’t need to be adjacent with network assets,” Fox said. “We saw how the Hawaii team has invested heavily in fiber. The way I looked at it, I’m effectively buying another city.”

“I view this as our first step,” he said. “Our share price has been flat as board for several years. If we want to move that, we need to expand. I think there will be additional steps down the line.”