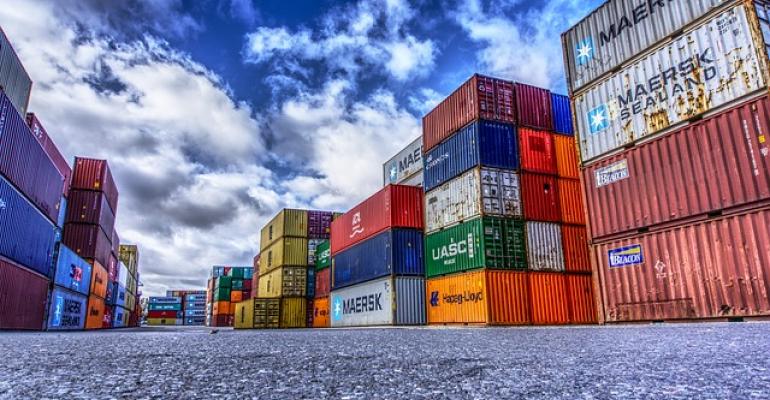 Docker and Arm have announced a partnership that will allow containerized applications for Arm to the developed on x86 hardware.

Less than a week ahead of DockerCon, Docker and Arm announced a new partnership that will bring increased support for developers building container applications for Arm hardware. According to Docker, Arm integration is already available in the company's freely downloadable Docker Desktop editions and will be included soon in its commercial offerings, most likely with the release of Docker Enterprise's next version.

Both Arm and Docker should easily benefit from this partnership, which promises to free developers from having to use Arm-based hardware for building containers, as the system basically emulates the Arm architecture on x86 machines using Docker to build images.

This will be good for Docker, because it'll help differentiate its offerings from the competition now that it no longer holds a monopoly over the container space due to the advent of Kubernetes. For Arm, it will remove a major roadblock for adoption by container-reliant enterprises, especially in IoT devices and edge data centers, where its CPUs are most attractive due to their low power needs.

Docker, of course, also stands to gain from the rise in containers headed to the edge.

"Extending to the edge furthers our enterprise vision of providing one single platform for building and running all applications," David Messina, Docker's EVP of strategic alliances, said in a statement. "The pervasiveness of Arm-powered technologies across the global internet infrastructure market is unmatched, and now nearly two million Docker developers will be able to build and scale applications for the cloud and these connected devices quickly and securely. From product integration and technology innovation to a joint go-to-market approach, this partnership empowers enterprises to create new services and drive differentiation at the edge."

Docker and Arm at the Edge

While Arm chips have traditionally been used in battery-powered devices such as smartphones, in single board computers, and other devices requiring with low power use, several companies are now marketing Arm-based servers for data center and edge deployments.

Arm seems to be supporting these efforts. One startup, UK-based Kaleao, which markets both Arm-powered servers and hyperconverged appliances, was co-founded by John Goodacre, an Arm director for technology and systems who remained with Arm for three years after starting the company.

The chip company also recently became an investor in another Arm server startup, Ampere, which markets custom Arm chips for servers. Although no dollar amount has been revealed, earlier this month it was announced that Arm was a second-round investor in the one-year-old startup that was founded by former Intel president Renee James.

Recently the bare metal cloud and edge computing company Packet began using Ampere's processors for its Arm-based Infrastrucure-as-a-Service offerings, deploying the servers at edge locations, either at the base of cell towers or in close-to-the-tower data centers being deployed by Vapor IO.

At OCP Summit in March, Data Center Knowledge spoke with Matt Taylor, Ampere's senior VP of worldwide sales and business development, and we asked about the use of Arm-based hardware at the edge.

"We see a lot of edge deployments happening," he said. "Not huge volume yet, so I think it's still early days and people are figuring out what they really need. Edge is a super confusing area right now, especially for a silicon vendor. You have some people that look at edge and they say, 'I want a super low-end, basically a cellphone processor sort of compute. I just want that to be basically closer to whatever my end user is.' Then you have other people, kind of the Vapor IO and Packet model, which are deploying data centers just closer to a customer -- that's all they're doing. And they both call that 'edge.'"

Docker and Arm on Public Clouds

All Arm-based container driven deployments won't be headed to the edge, however. Docker pointed out that in centralized public clouds, users will be able to save up to 45 percent over their current costs by utilizing the upcoming Docker Enterprise Engine for Amazon EC2 A1, an Amazon Web Services offering based-on 64-bit Arm Neoverse cores.

Eventually the companies plan to develop a unified development environment for deployments that include both Arm and x86 architectures. In many cases, Docker said, cloud-native Linux applications can run unmodified; in some cases, a simple recompile may be needed to generate Arm executables.

"A world of one trillion connected devices will require heterogenous and distributed compute from cloud to edge," Mohamed Awad, VP of marketing for Arm's infrastructure business, said in a statement. "Bringing together Docker's comprehensive platform with Arm's vast hardware and software ecosystem gives developers a simplified experience and delivery model for cloud, edge, and IoT applications."