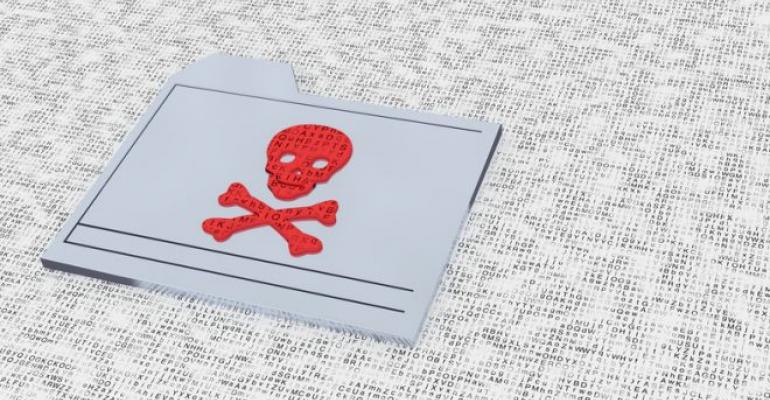 More than 80 companies in Russia and Ukraine were initially affected by the Petya virus that disabled computers Tuesday.

(Bloomberg) -- A new cyberattack similar to WannaCry is spreading from Europe to the U.S., hitting port operators in New York and Rotterdam, disrupting government systems in Kiev, and disabling operations at companies including Rosneft PJSC and advertiser WPP Plc.

More than 80 companies in Russia and Ukraine were initially affected by the Petya virus that disabled computers Tuesday and told users to pay $300 in cryptocurrency to unlock them, according to the Moscow-based cybersecurity company Group-IB. Telecommunications operators and retailers were also affected and the virus is spreading in a similar way to the WannaCry attack in May, it said.

Rob Wainwright, executive director at Europol, said the agency is "urgently responding" to reports of the new cyber attack. In a separate statement, Europol said it’s in talks with "member states and key industry partners to establish the full nature of this attack at this time."

Kremlin-controlled Rosneft, Russia’s largest crude producer, said in a statement that it avoided “serious consequences” from the “hacker attack” by switching to “a backup system for managing production processes.”

U.K. media company WPP Plc.’s website is down, and employees have been told to turn off their computers and not use WiFi, according to a person familiar with the matter. Sea Containers, the London building that houses WPP and agencies including Ogilvy & Mather, has been shut down, another person said. “IT systems in several WPP companies have been affected,” the company said in emailed statement.

The hack has quickly spread from Russia and the Ukraine, through Europe and into the U.S. A.P. Moller-Maersk, operator of the world’s largest container line, said its customers can’t use online booking tools and its internal systems are down. The attack is affecting multiple sites and units, which include a major port operator and an oil and gas producer, spokeswoman Concepcion Boo Arias said by phone.

APM Terminals, owned by Maersk, are experiencing system issues at multiple terminals, including the Port of New York and New Jersey, the largest port on the U.S. East Coast, and Rotterdam in The Netherlands, Europe’s largest harbor.

Cie de Saint-Gobain, a French manufacturer, said its systems had also been infected, though a spokeswoman declined to elaborate, while Mondelez International Inc. said was also experiencing a global IT outage and was looking into the cause. Merck & Co. Inc., based in Kenilworth, New Jersey, has also reported that its computer network was compromised due to the hack.

The strikes follow the global  ransomware assault involving the WannaCry virus that affected hundreds of thousands of computers in more than 150 countries as extortionists demanded $300 in bitcoin from victims. Ransomware attacks have been soaring and the number of such incidents increased by 50 percent in 2016, according to  Verizon Communications Inc.

The new virus has a fake Microsoft digital signature appended to it and the attack is spreading to many countries, Costin Raiu, director of the global research and analysis team at Moscow-based Kaspersky Lab, said on Twitter.

The attack has hit Ukraine particularly hard. The intrusion is “the biggest in Ukraine’s history,” Anton Gerashchenko, an aide to the Interior Ministry, wrote on Facebook. The goal was “the destabilization of the economic situation and in the civic consciousness of Ukraine,” though it was “disguised as an extortion attempt,” he said.

Kyivenergo, a Ukrainian utility, switched off all computers after the hack, while another power company, Ukrenergo, was also affected, though “not seriously,” the Interfax news service reported.

Ukrainian delivery network Nova Poshta halted service to clients after its network was infected, the company said on Facebook. Ukraine’s Central Bank warned on its website that several banks had been targeted by hackers.