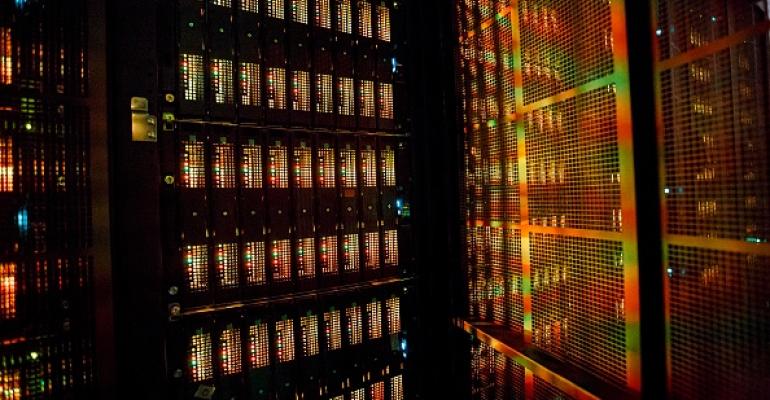 The Department of Energy (DOE) has awarded $258 million to six U.S. tech companies to build the country’s first exascale supercomputer – a move designed to help the United States regain its supercomputing dominance, but also to improve the nation’s economic competitiveness.

The research grants were awarded last week to AMD, Cray, Hewlett Packard Enterprise (HPE), IBM, Intel and Nvidia to accelerate research into exascale computing. With their help, the Energy Department wants to deploy its first exascale supercomputer by 2021 and supply the nation’s researchers and U.S. companies the computing power they need to accelerate scientific research and build better products, from military aircrafts to wind turbines, Messina said.

“It’s important to our national security and economic security,” he said.

The $258 million in funding, which will be issued over a three-year period, pays for 60 percent of the initiative, called the ECP’s PathForward program. The six companies are expected to provide the remaining 40 percent of the funding, bringing the total investment for the project to about $430 million.

Their goal is to develop hardware to make exascale a reality and that will require solving four key challenges: parallelism, memory and storage, reliability and energy consumption, Messina said. Their work will include the development of innovative memory architectures, higher-speed interconnects and faster computing power without consuming a lot of energy, he said.

In fact, DOE wants to build an energy-efficient exascale system that requires only 20 to 30 megawatts.

“It’s a big challenge to get to what I would call a practical, affordable, usable exascale system,” Messina said. “If you built an exascale system with today’s technology, you are talking about half a gigawatt. That’s a big bill.”

Analysts say the Energy Department’s funding announcement for exascale computing is critical, particularly as the U.S. has fallen behind China and Switzerland in the latest ranking of most powerful supercomputers.

In the new Top500 list released this week, China topped the list for the fourth straight year. Its 93-petaflop Sunway TaihuLight and 33.9-petaflop Tianhe-2 systems are ranked No. 1 and No. 2 as the fastest supercomputers in the world, followed by Switzerland’s newly upgraded PizDaint system at 19.6 petaflops. The U.S. slipped from No. 3 to No. 4 with its 17.6-petaflop Titan system at the Energy Department’s Oak Ridge National Laboratory.

The U.S. is also racing against China and other countries to develop an exascale system. China, for example, reportedly expects to have an exascale system up and running by 2020.  The U.S., for its part, is aggressively pursuing exascale supercomputing. Initially, in 2015, DOE planned to deliver an exascale system by 2023 or 2024. But in December, it increased the time frame and now plans to have a system in place by 2021.

“The DOE’s PathForward program is a critical step in moving the country’s supercomputing capabilities forward,” said Addison Snell, CEO of Intersect360 Research. “Giving these grants to leading technology companies helps enable these advancements not only for leading national research centers, but also for industrial companies that will benefit from their own investments that follow, in areas like manufacturing, energy exploration, finance, and drug discovery.”

Messina believes the DOE, in partnership with the six tech vendors, will reach its goal of developing an exascale system in four years. He doesn’t want a one-of-a-kind prototype built for a national laboratory. He wants the tech vendors to develop commercial products that other federal agencies and U.S. companies can purchase, so they too can take advantage of exascale.

In fact, at ECP, Messina has put in place an industry advisory council of 18 companies. Messina said he will consult with the council to ensure the PathForward project delivers hardware and software that meets the business’ needs, he said.

Vineeth Ram, HPE’s vice president of HP and AI marketing, said HPE’s exascale efforts will revolve around its memory-driven computing effort, which focuses on memory and not processing as the center of the computing platform.

James Sexton, IBM fellow and director of Data Centric Systems, said IBM will collaborate closely with DOE to design an exascale system to ensure they meet the government’s requirements.

“We need to get the performance in different ways,” he said. “We are working on processors, accelerators, the network, memory and storage – every single piece that goes into a system. We are investing in new ideas and new concepts to be able to get that performance increase.”

While PathForward funds hardware research for exascale computing, ECP has also invested in software research. In September, ECP awarded $39.8 million to develop research applications that will run on exascale systems. Fifteen proposals including ones on cancer research and improving 3D printing were funded.

In November, the organization awarded another $34 million to 25 research and academic organizations to develop software stacks for exascale systems, such as programming models and runtime libraries, and mathematical libraries and frameworks.

“It’s a pretty tight timeline because there’s a lot of design and research and a lot of manufacturing to be done,” he said. “It takes a lot of new components and new software, but it’s certainly feasible.”

“Although a national lab may be the first customer, it’s important that it’s a real commercial product that other federal agencies and commercial entities can buy,” he said.

Tech executives say exascale will vastly improve artificial intelligence and speed research in all fields including in healthcare, where precision medicine for cancer can provide patients with more customized care.

“Today you are limited by the complexity of the model you can use, but if you can make simulations more complex and solve it in half the time, you get better results,” said Vineeth Ram, HPE’s vice president of HP and AI marketing.