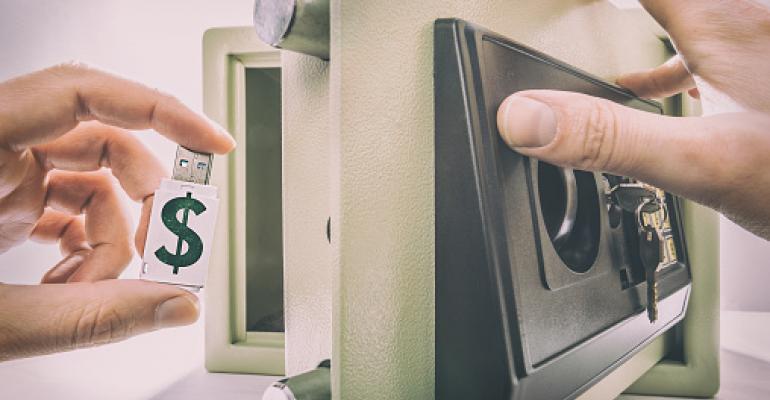 The Blockchain Revolution: Where's the Disruption?

This year blockchains seem to be off the public radar. Much of that is because the complexity of both the technology and its uses don't lend itself to overnight adoption.

A year or so ago, blockchains were the up-and-coming disruptors of technology.

These days, if mentioned in that light, you're liable to get a roll of the eyes and a reply that translates into "where's the beef?" Unlike containers, which went from zero to 60 in a matter of months, blockchains might seem to be stuck in second gear. Sometimes, appearances aren't what they seem.

For the uninitiated, a blockchain -- the technology behind bitcoin -- is a type of distributed database used to maintain a set of records, or blocks, each containing a time stamp and linking to a previous block. Once recorded, the data in a block can't be modified without doing so to all others in the chain -- and importantly, access to a block can also be restricted.

Eventually, say the soothsayers, blockchains will be used to solve a problem presented by the digital age. Before computers took over day-to-day business transactions, paper  records were nearly impossible to alter in a way that would pass scrutiny by expert examiners. That's because attempting to change a paper document always leaves evidence that can be easily be discerned forensically. This hasn't been true with digital technology, and blockchain offers a solution to that dilemma. That's why the technology works for bitcoin and other cryptocurrencies. It's also why IBM uses blockchain to monitor its supply chain.

Despite last year's media attention when the Linux Foundation, backed by some of tech's heaviest hitters, announced the open source blockchain project, Hyperledger. This year blockchains seem to be off the public radar. Much of that is because the complexity of both the technology and its uses don't lend itself to overnight adoption.

"True blockchain-led transformation of business and government, we believe, is still many years away," Marco Iansiti and Karim R. Lakhani recently wrote in the Harvard Business Review,. "That’s because blockchain is not a 'disruptive' technology, which can attack a traditional business model with a lower-cost solution and overtake incumbent firms quickly. Blockchain is a foundational technology: It has the potential to create new foundations for our economic and social systems. But while the impact will be enormous, it will take decades for blockchain to seep into our economic and social infrastructure."

Good points, but it's doubtful it will take decades. Although blockchain deployments are not yet responsible for taking up a lot of data center floor space, the adoption of the technology seems to be happening rapidly, if quietly.

Earlier this month, Hewlett Packard Enterprise announced it had partnered with distributed database company R3 to bring its blockchain application, Corda, to HPE's platform for high-volume, high-value workloads, Mission Critical Systems. In making the announcement, the company said it expects distributed-ledger deployments will be utilized in everything from IoT to hybrid cloud installations to the edge. Red Hat, a founding member of the Hyperledger project, is also offering the technology, primarily through its OpenShift Blockchain Initiative.

Blockchain is also showing up in places that might be unexpected, such as in General Electric's cloud-based platform as a service, Predix, originally designed for the collection and analysis of data from industrial equipment and used by a diverse range of industries, but which has expanded to become an "industrial IoT platform." In late May, Swedish-based telecom Ericsson announced it had entered into a partnership with GE to integrate its Blockchain Data Integrity platform into Predix, where it will be made commercially available.

As the name implies, the Ericsson product is designed to guarantee the integrity of data being sent and is expected to be especially useful for industries such as public utilities, transport, healthcare and aviation where requirements for data integrity and verifiable trust must be met to achieve regulatory compliance.

About the same time as the Ericsson announcement, a group of 25 European energy trading companies formed a consortium to conduct peer-to-peer trading in the wholesale energy market using a blockchain application, Enerchain, developed by German-based business-to-business solutions provider Ponton. In this case, the participants -- which includes Ponton -- are sharing costs to develop a proof of concept that will include "a full-scale prototype which is integrated into participants existing trading infrastructure and supports a decentralized credit limit solution required for bilateral trading."

Right now, the technology is still young and needs to mature before it will be adopted for many of the industries it will benefit most. Eventually, banks and other financial institutions will adopt blockchains wholesale, as the technology is an exact match their needs. That move will be made gingerly, however. The financial industry is notoriously risk adverse, and the adoption will doubtlessly require a costly migration away from legacy practices and applications.

The medical industry is already making moves to adopt blockchains for everything from protecting the privacy of medical records to guaranteeing the integrity of medical data, such as MRI results, sent over the internet. That move may already be in the works, utilizing platforms such as GE's Predix.

As blockchain technology matures and we learn more about best practices for its use, there might be something else to consider. Joichi Ito, Neha Narula and Robleh Ali point out in another Harvard Business Review article that in the early days of the internet there were competing standards in areas where now there are only one. Indeed, before the internet itself grew to prominence, there were several public networks, such as CompuServe, Prodigy and America Online, that acted like small, private internets.