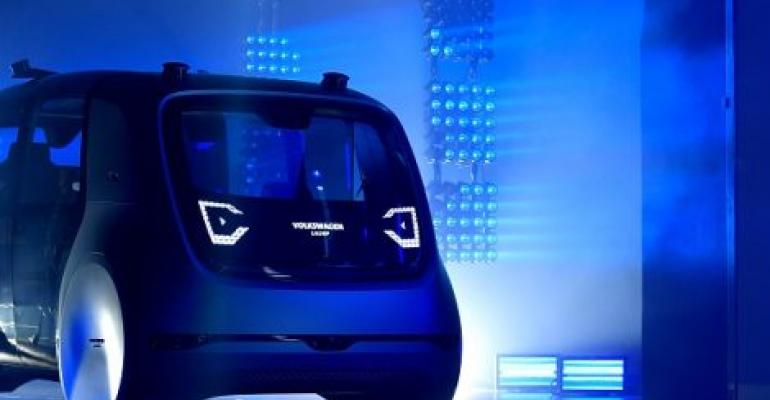 A Volkswagen self-driving car at the Volkswagen Group Shaping The Future/Create Innovation event ahead of the 87th Geneva International Motor Show in March 2017. (Photo by Harold Cunningham/Getty Images)
Design

If you listen to analysts and tech evangelists, the next few years will see a big wave of deployment of computing clusters in cities, at cell-tower sites and telco central offices, in big-box retail outlets, airports, and manufacturing plants. These so-called edge data centers will crunch massive amounts of data being generated by sensors, surveillance cameras, smartphones, production equipment, self-driving cars, and everything else that’s today collectively referred to as the Internet of Things.

IoT software will run at every level of the computing and network infrastructure -- a single application will have to orchestrate accumulation, analysis, and flow of data generated by end-node devices at those edge computing nodes, in core data centers (both in-house corporate server farms and the hyper-scale facilities operated by cloud providers), and possibly at the end-node devices themselves (an autonomous vehicle has so much computing power you can practically call it a data center of its own).

Mesosphere, the San Francisco-based startup backed in part by Hewlett Packard Enterprise and Microsoft, says its Data Center Operating System, or DC/OS, can help companies make deploying IoT software across every level of the network simple. In large part due to its potential to enable the IoT future, Mesosphere was recently named a World Economic Forum Technology Pioneer, and its founder and CEO, Florian Leibert, is headed to China to take part in Summer Davos, one of the two big annual WEF gatherings.

We visited Mesosphere headquarters last week to ask Leibert what being a WEF tech pioneer means, but also to understand how exactly Mesosphere and DC/OS fit in the vision of an interconnected future and why today’s data center pros should pay attention.